get the book on amazon
get paperback in india 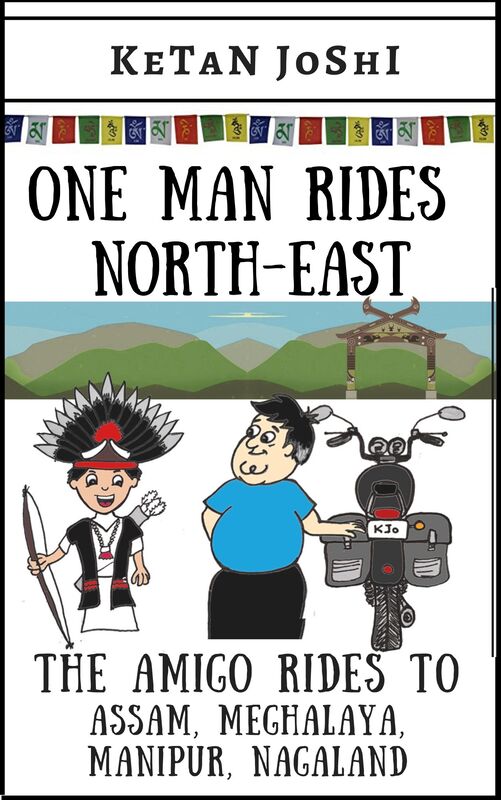 Get the book on Amazon
get paperback in india 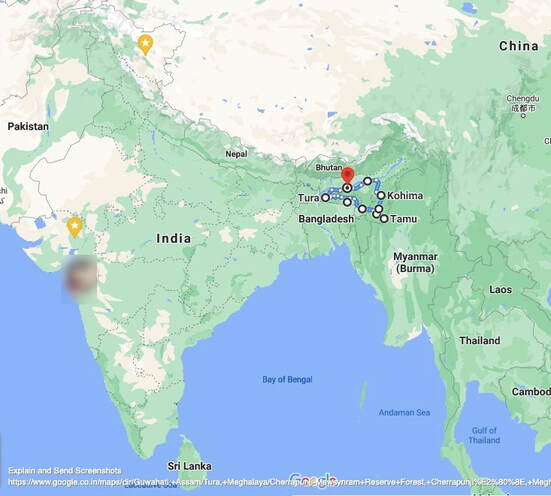 Solo ride adventure across the North-East.

Alas, the other two Amigos are not available - so our hero rides alone!   SOLO RIDE, BABY! WOOHOO!

What could be better than a solo ride across North East India - the final frontier of India! Rolling hills, ancient kingdoms, dense forests, elephants, rhinos, super-hot chillies, awesome pork and rice beer - and head-hunting tribals! This area has more international borders than any other place in India - and we actually have borders where no one is trying to shoot you! How nice!

I try to avoid the beaten track as much as I can - and ride alone across Meghalaya, Manipur, Nagaland and Assam. Join me as I explore the beautiful places, trek the mountains, eat the awesome food and meet the friendly locals.

The limestone hills and the living root bridges at ‘The wettest place on earth’ - Cherrapunji,  the site of the most important battles of WWII -  Imphal and Kohima, the poignant story of Subhash Chandra Bose and the Indian National Army, the amazing natural wonders of Kaziranga national park, the fantastic Hornbill festival in Nagaland- and so much more!

Hilarious, adventurous and informative - this book brings the North-East alive!

​
get paperback in india
Read the first 3 chapters for FREE

Check out the photos - click on the links below