It had been three days since I had handed over the bike to the freight agent in Guwahati, and there had been no intimation from him about the progress of the shipment.
'Why aren't you following up?' SHE demanded. 'Aren't you worried about your bike?'
'Chill man' I replied 'If he wants to steal it, he will steal it. If he wants to send it, he will send it. Nothing I can do from here is going to change that. So why worry? If it is fated to come, it will come.'
'What nonsense!' SHE said - and would no doubt, have gone on to say much more - but then my phone pinged.
​
It was a Facebook message from some unknown guy - and the content of the message made my eyebrows shoot up! 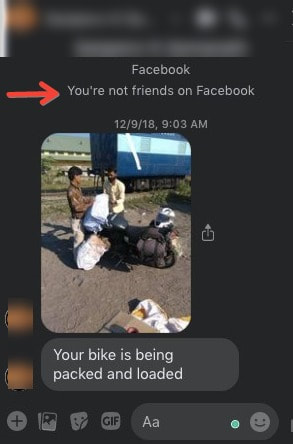 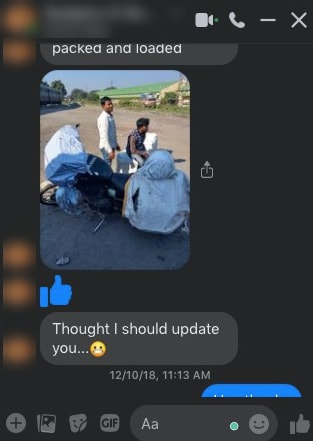 I was very happy to see this, of course - but who was this kind samaritan who was sending me this message? 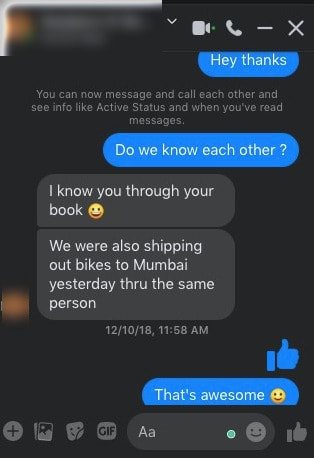 How cool was that! He recognised the bike from the photos on my site - and realised that I must be getting  worried about the status of my bike, so he hunted me out on FB and messaged me! What a nice fellow!