As I mentioned in the book, Me and Bharathi started corresponding online because we were admirers of each other's travelogues. Bharathi suddenly quit everything one day to go on a year long sabbatical to see the world. She dropped into my office one day and demanded that we go for a hike in the Sahyadri mountains - just as a test drive.
Since I survived the test drive, she pulled me into doing the highest trek in the world - the Everest Base Camp trek. 'But I have never done a long Himalayan trek before' I protested, but was summarily overruled.

When I reached Kathmandu a day before her, I went and shaved my head! This immediately did two things - one - it made me look like an idiot, and two - er...um....well, it did something I suppose.

Our trek started from the village of Jiri and we crossed a lot of hills and valleys in the green Himalayas. It served as a good introduction to trekking, helped us to acclimatise - and it was SO beautiful! 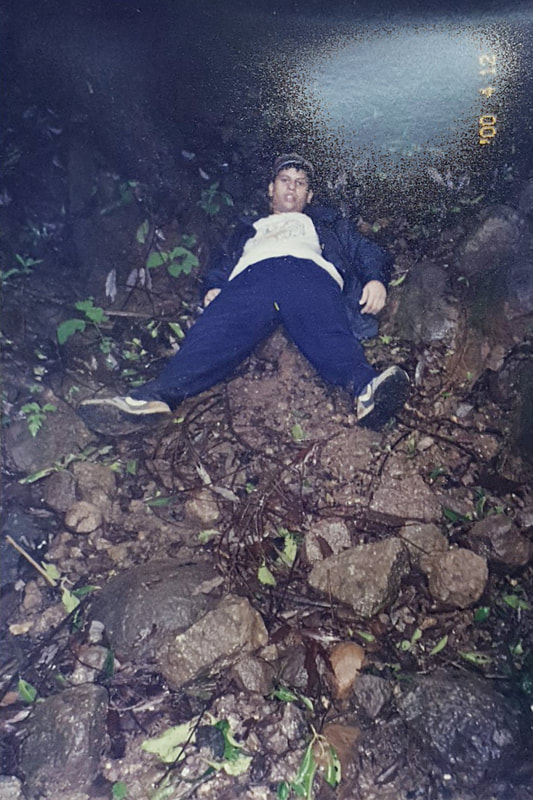 The Bharathi effect! me after spending all night in utter darkness on that very spot on the mountainside 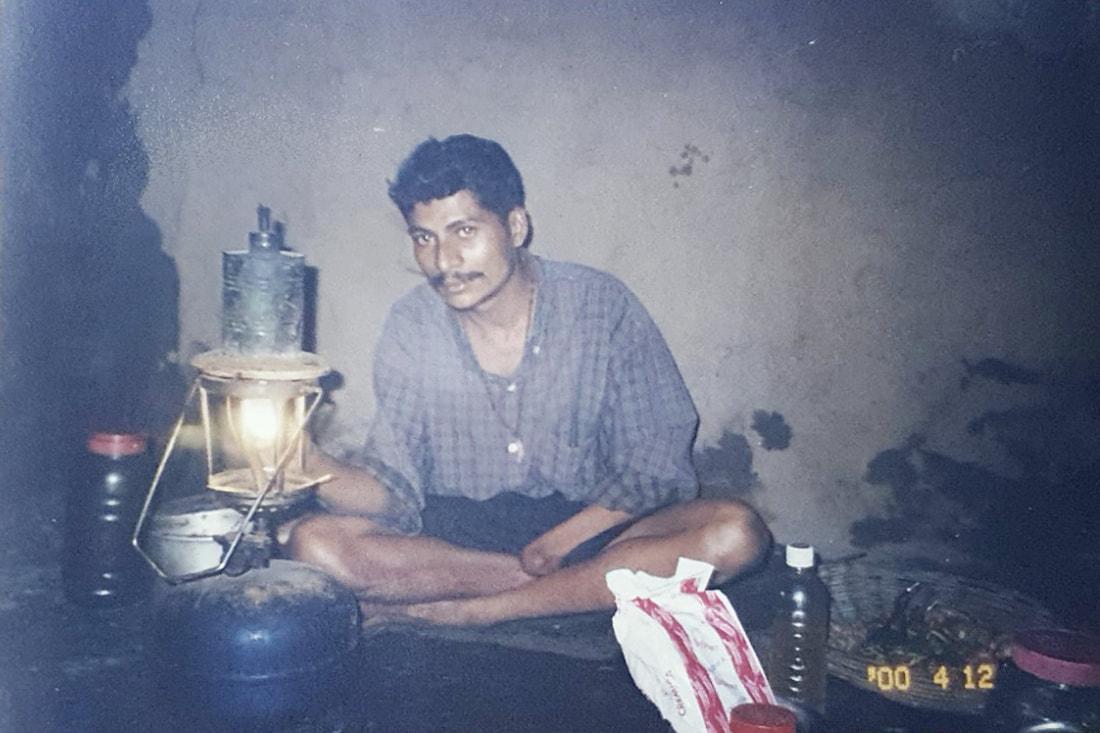 I thought he was a warlock cooking up spells...but he was just a stoned one-handed villager cooking up breakfast 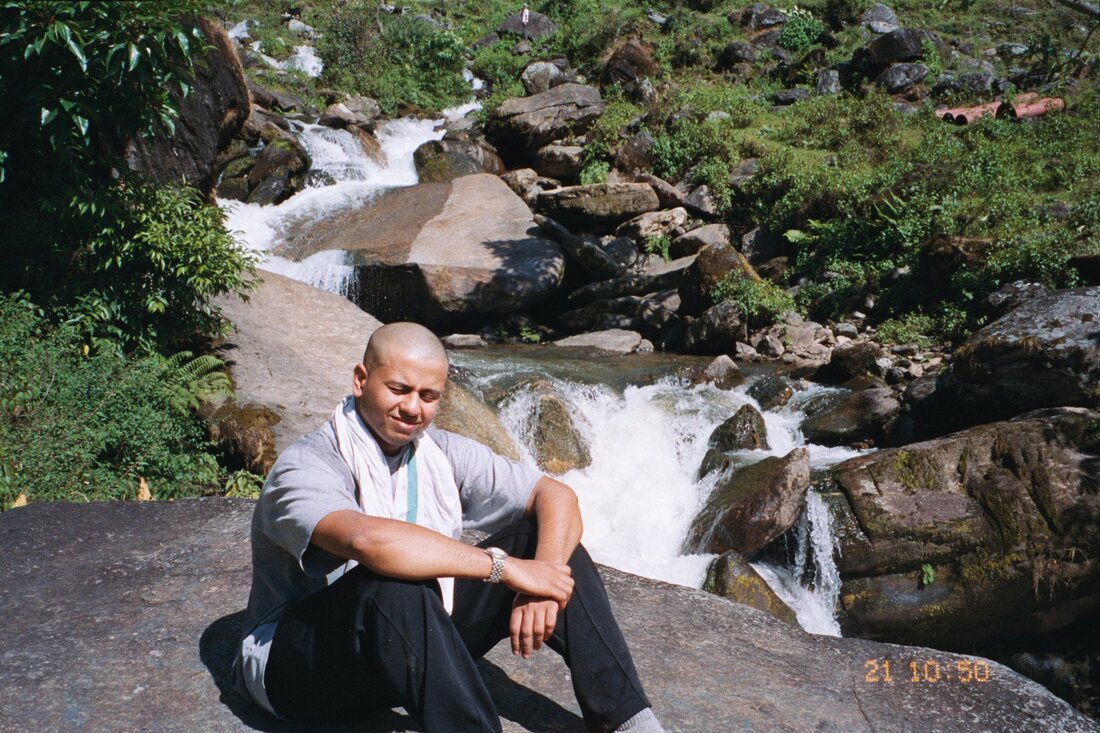 I shaved my head in Kathmandu before the trek... I thought it would make me look cool.... 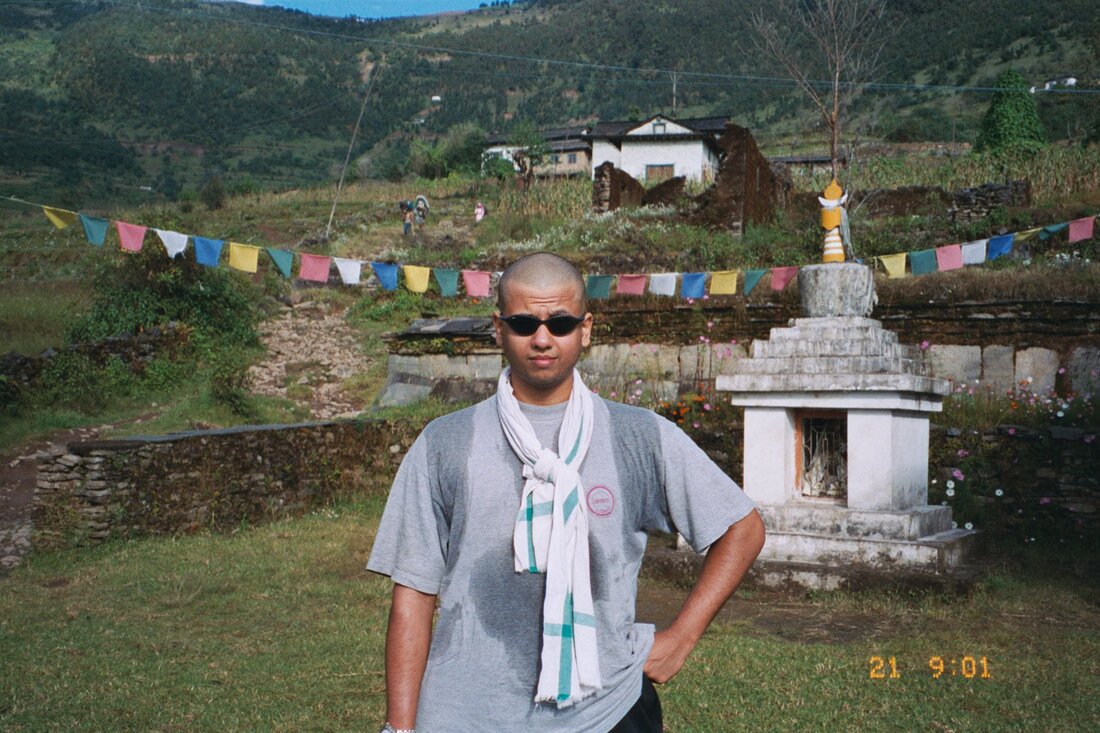 But it only made me look like a dim light bulb 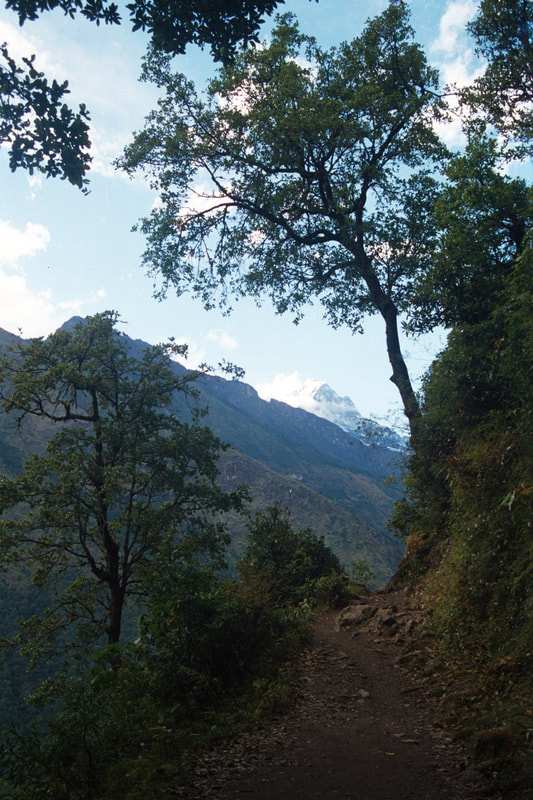 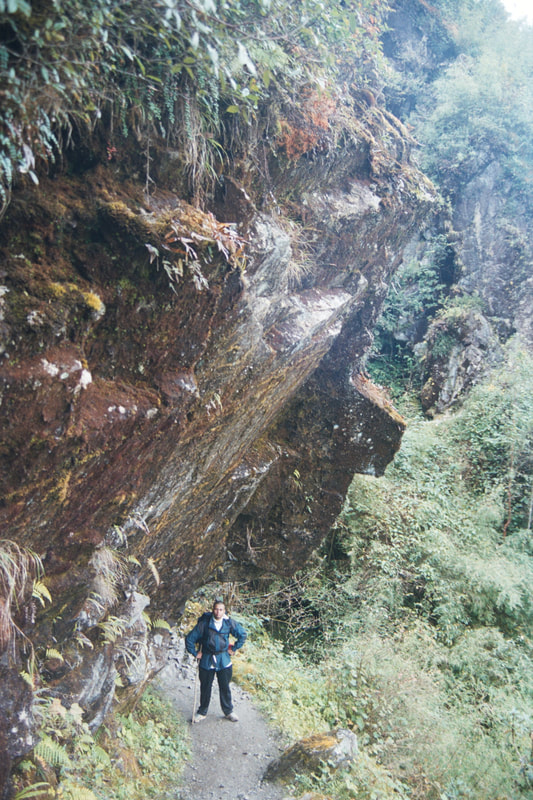 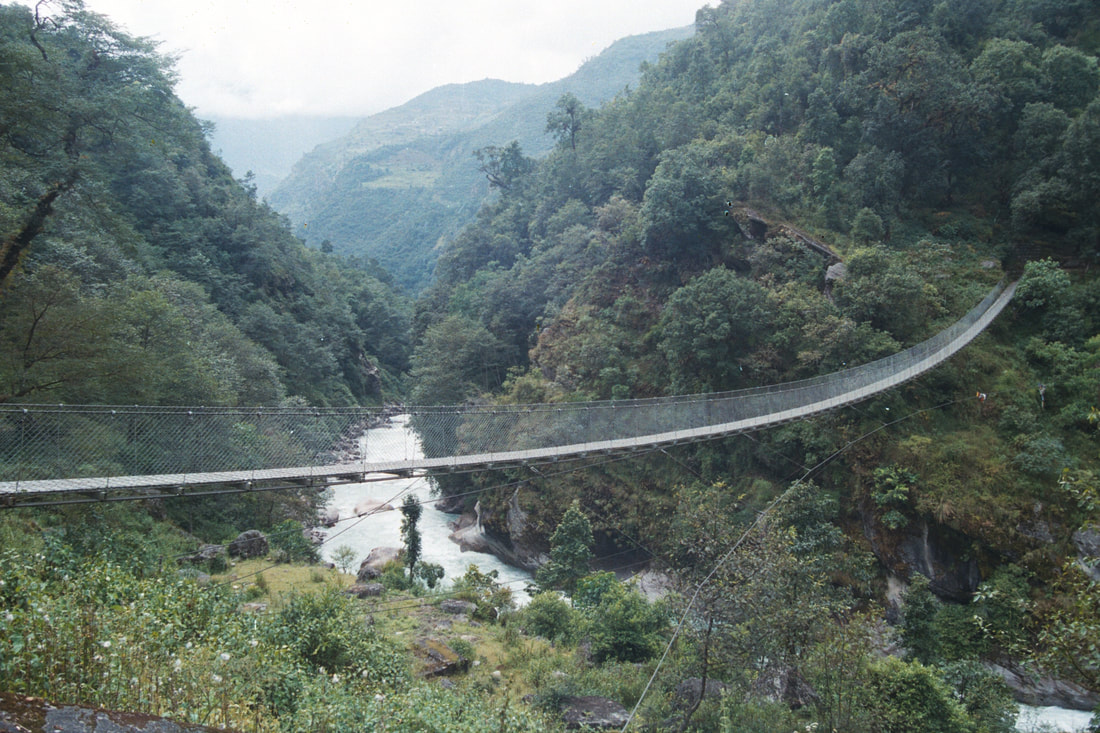 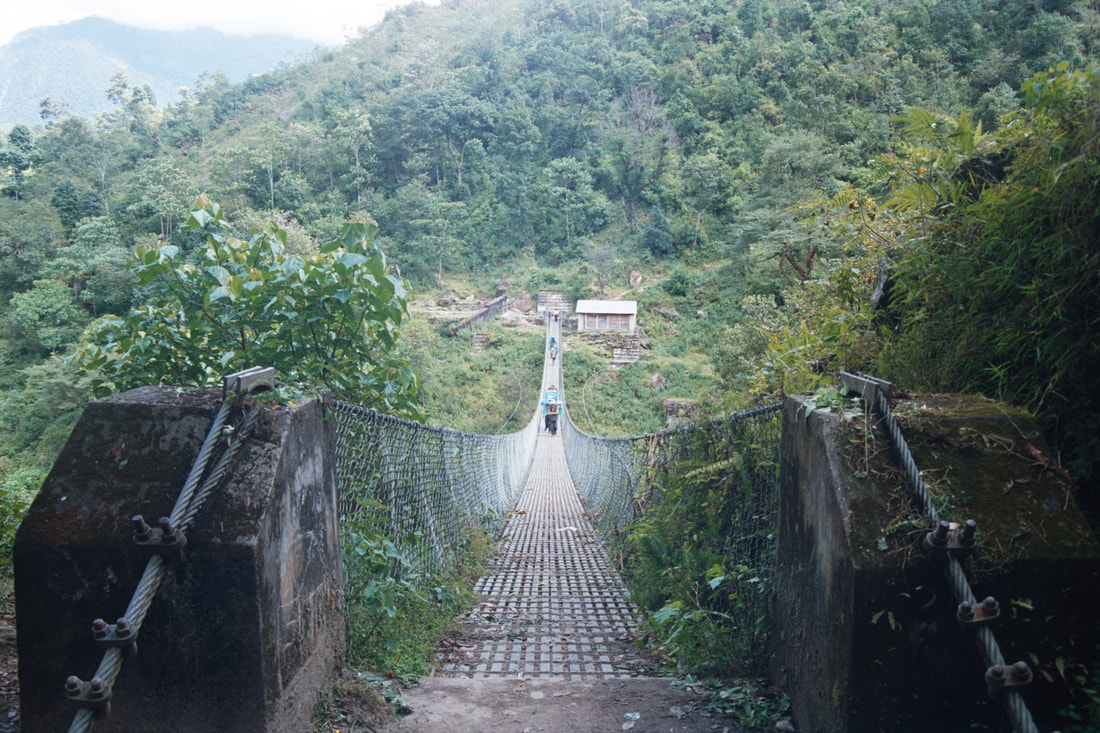 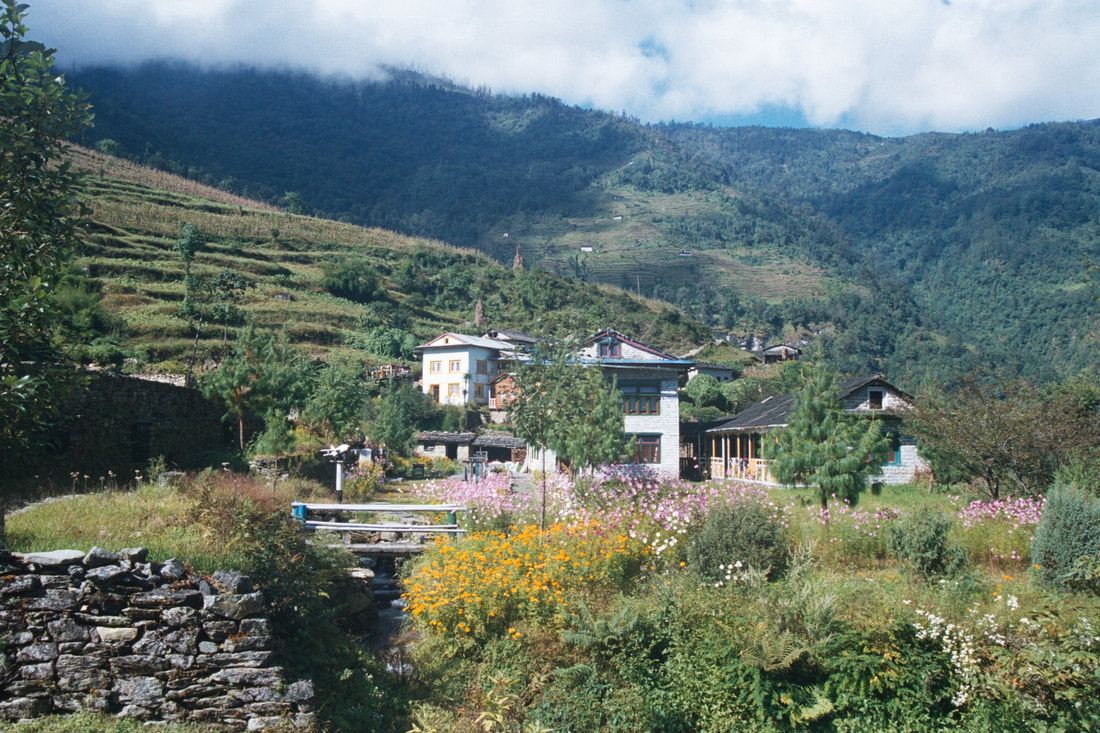 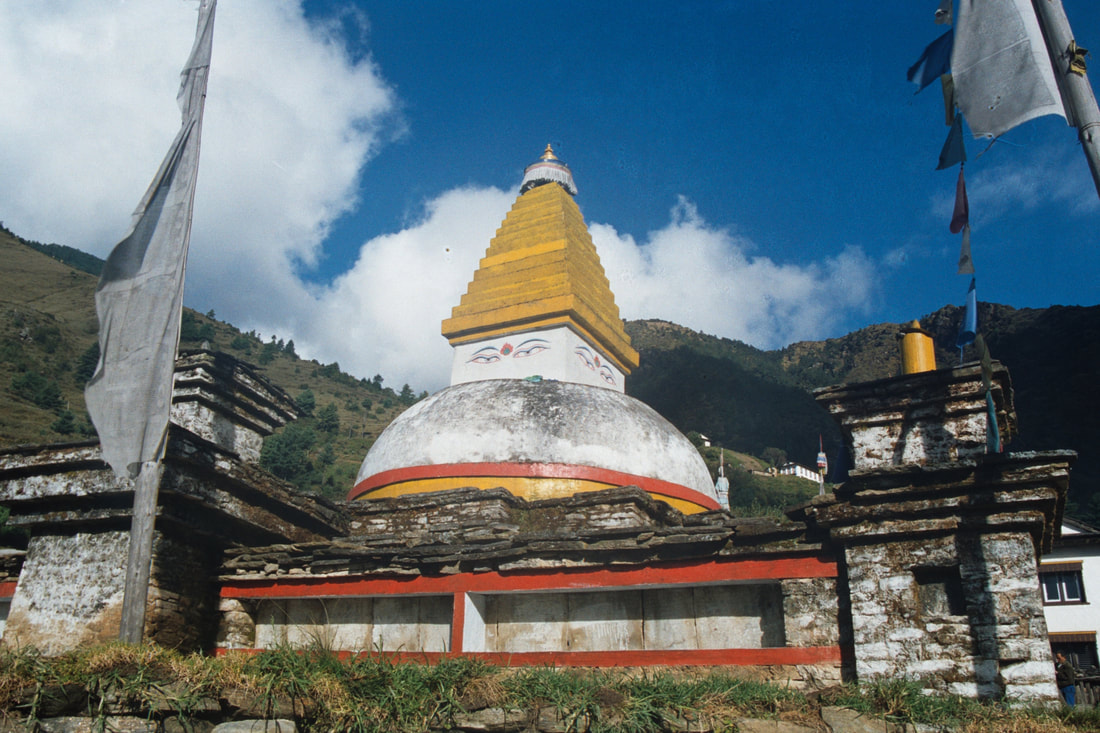 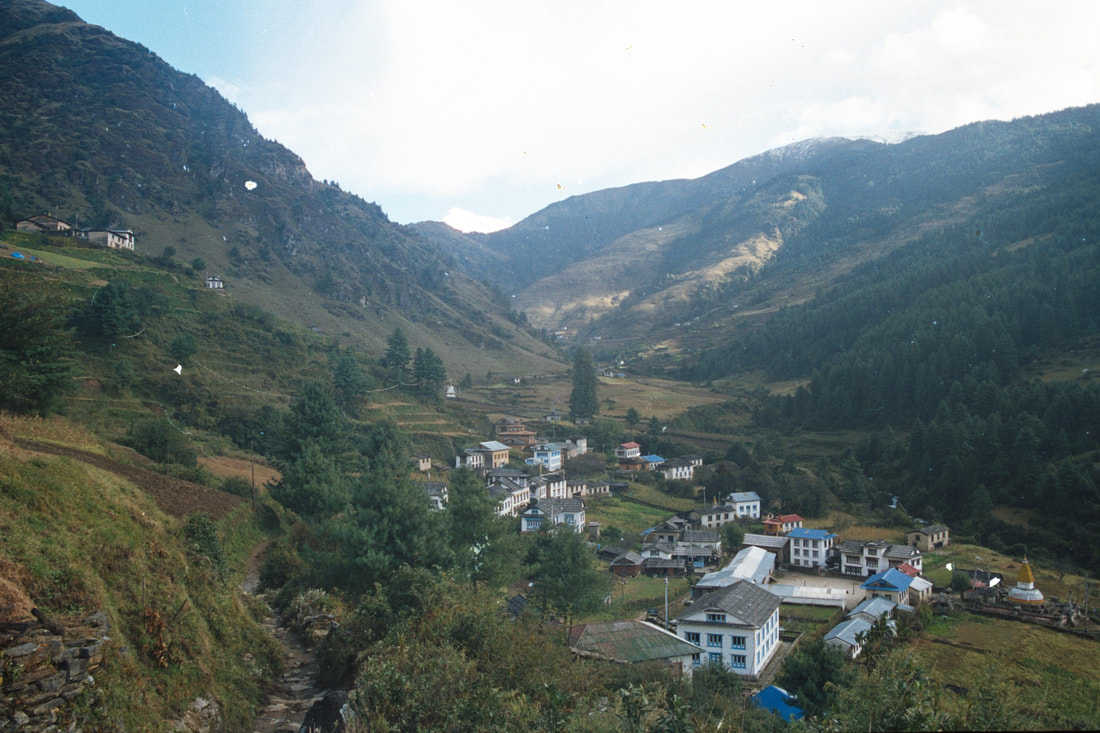 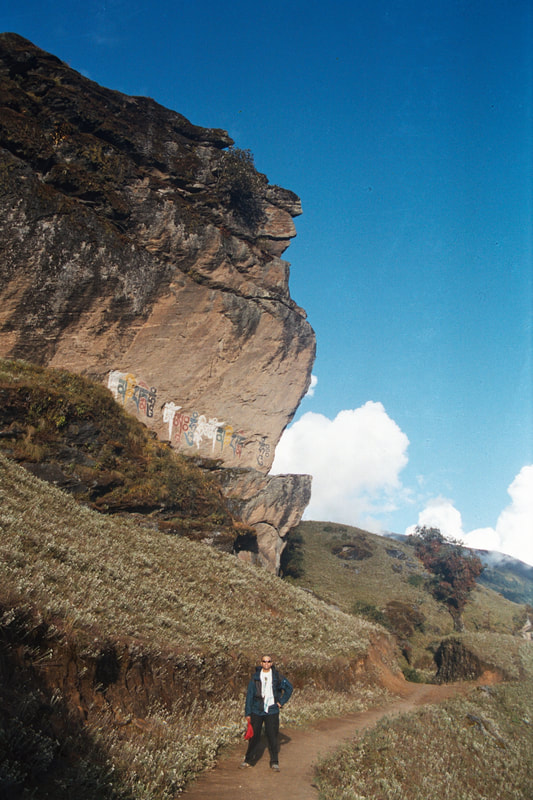 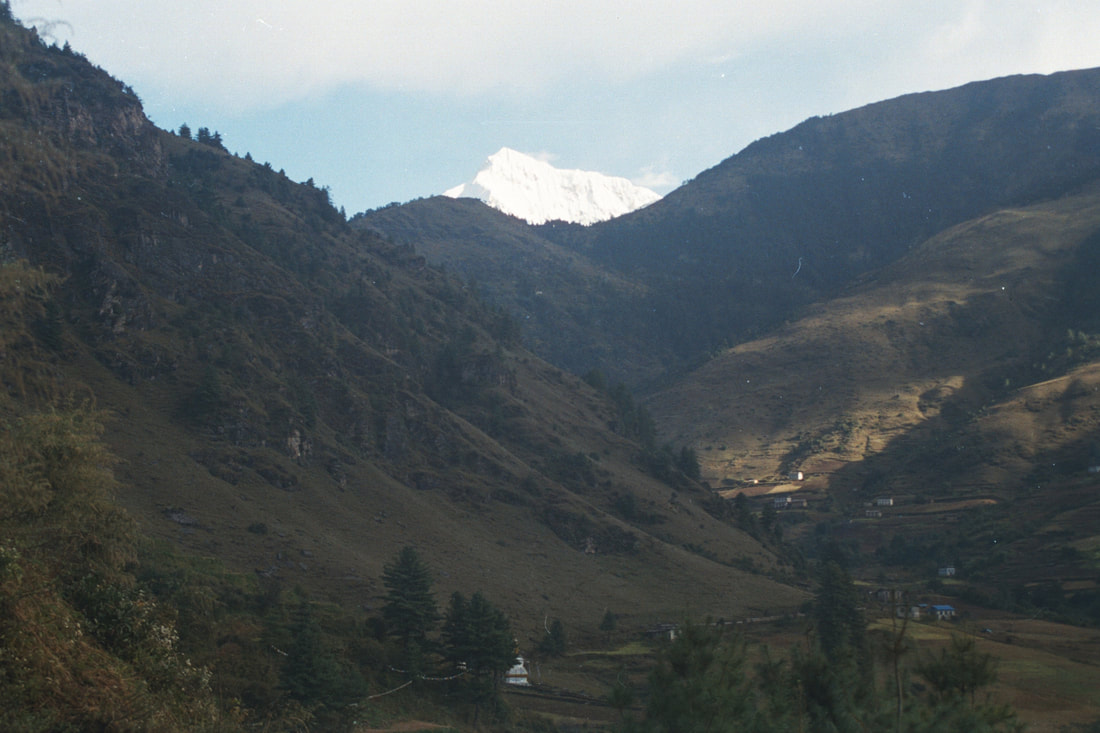