get the book on amazon
We were at the tail end of a most awesome Rajasthan ride. We had completed almost two weeks of wonderful riding, and were now headed to Jaisalmer to attend the Ragasthan Music festival. ​ 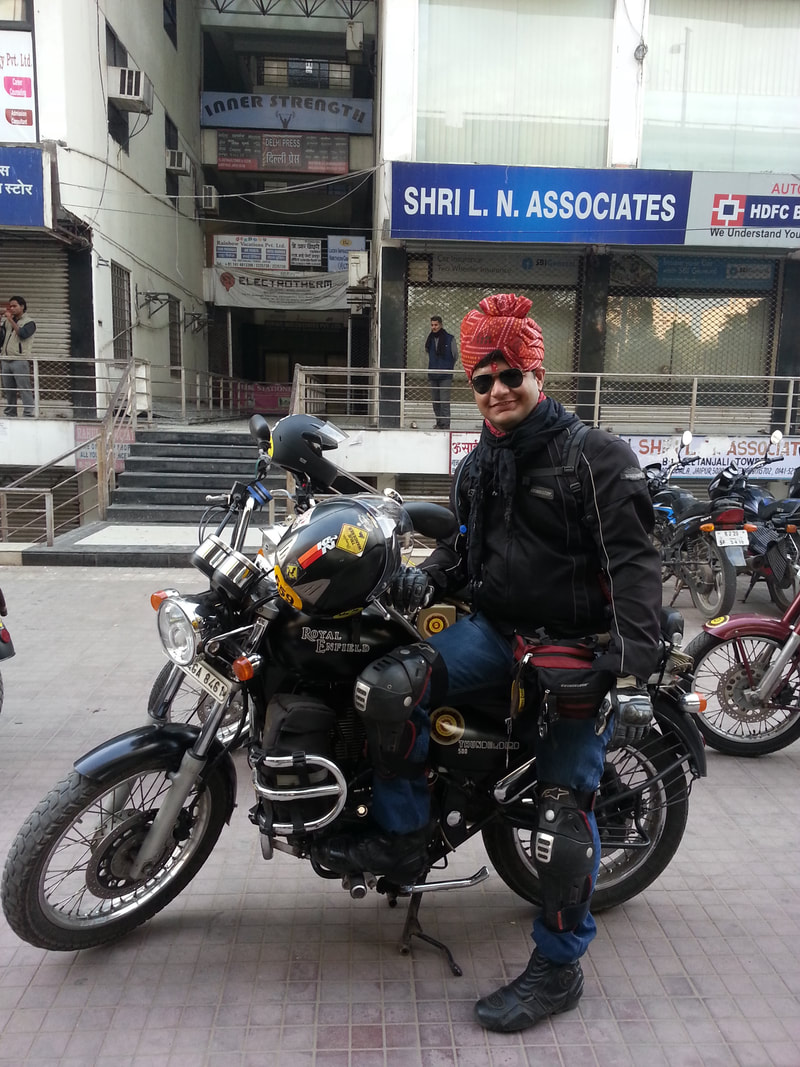 Me and Del were welcomed with the traditional Rajasthani turban 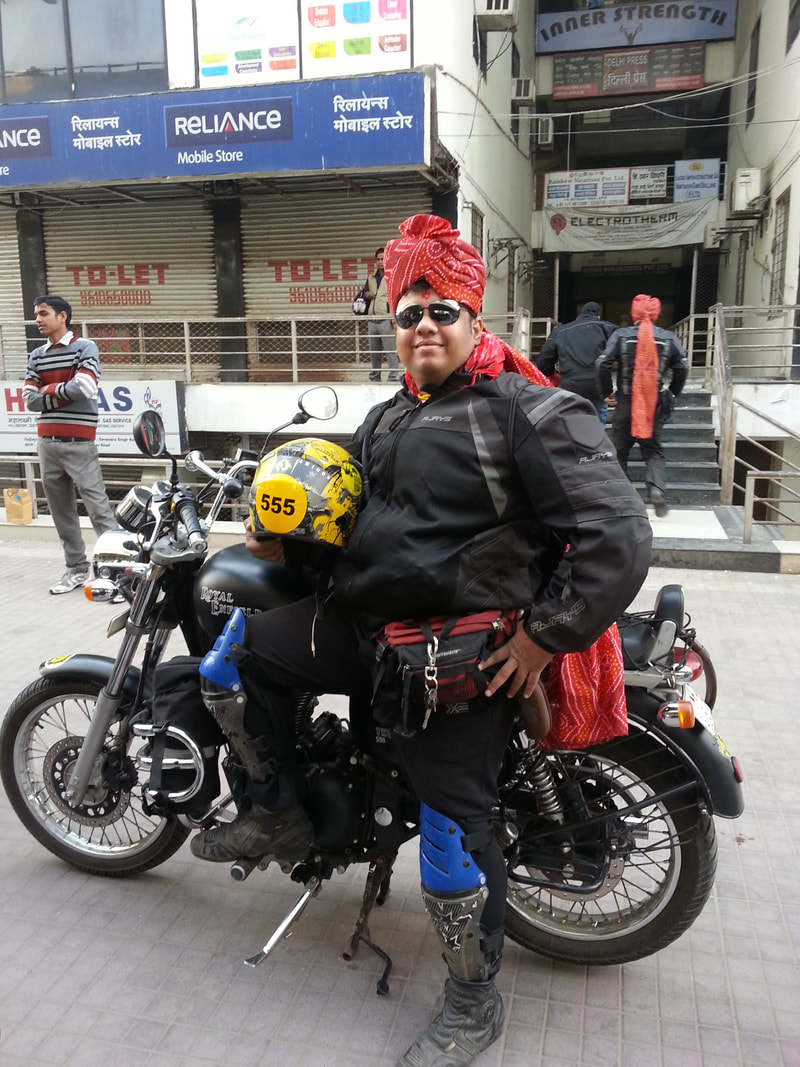 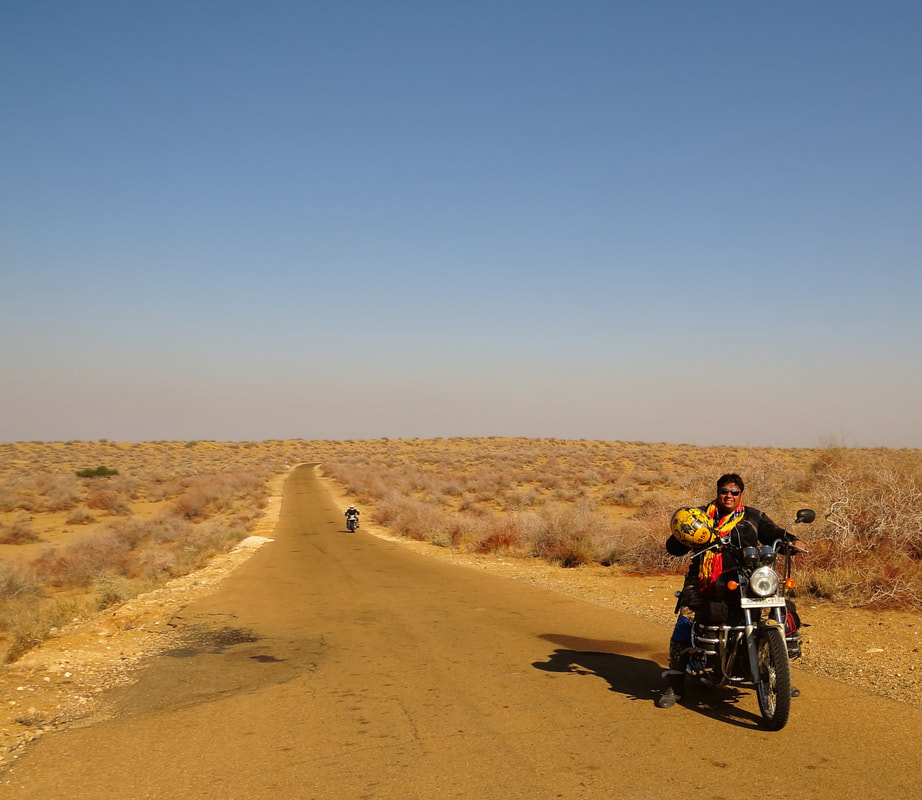 Fantastic deserted roads to the border at Longewala 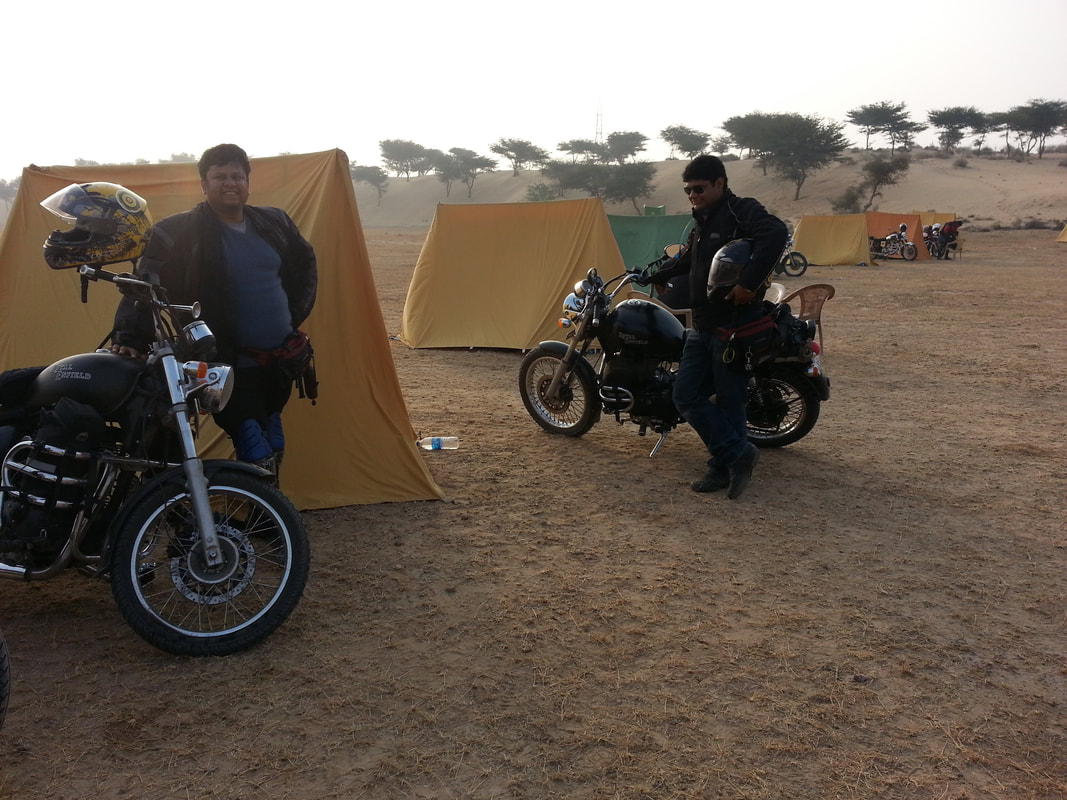 Desert camping near Falodi. It was amazing that the little tent could accommodate both of us 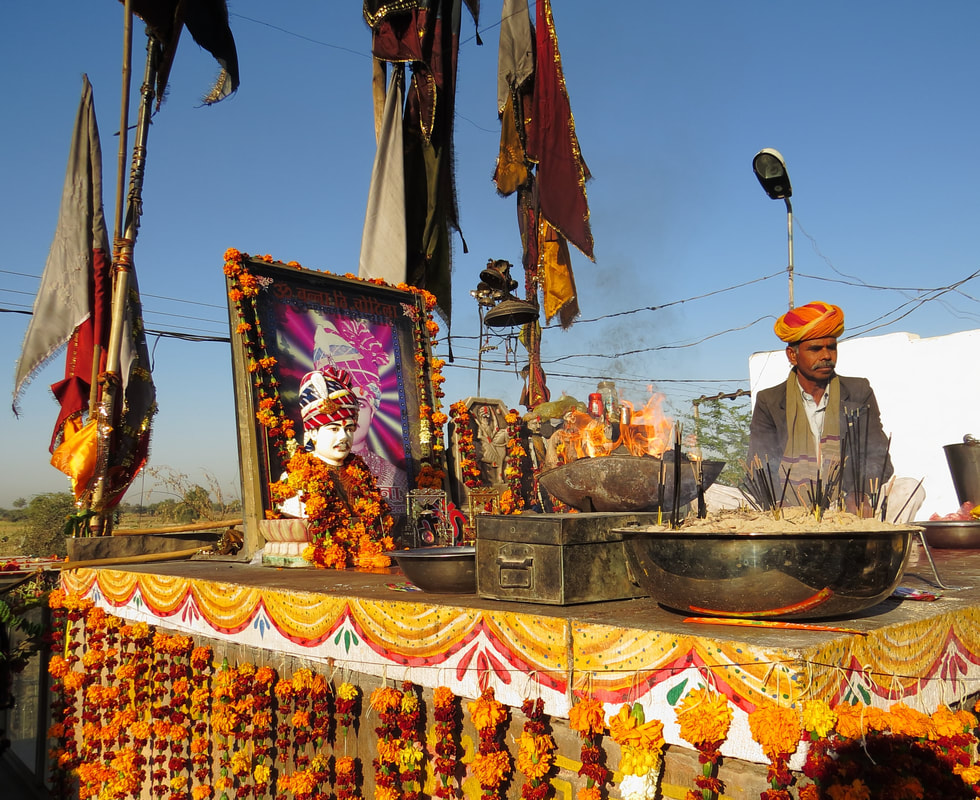 Bullet baba temple - shrine of a dude who was killed in a bike accident. 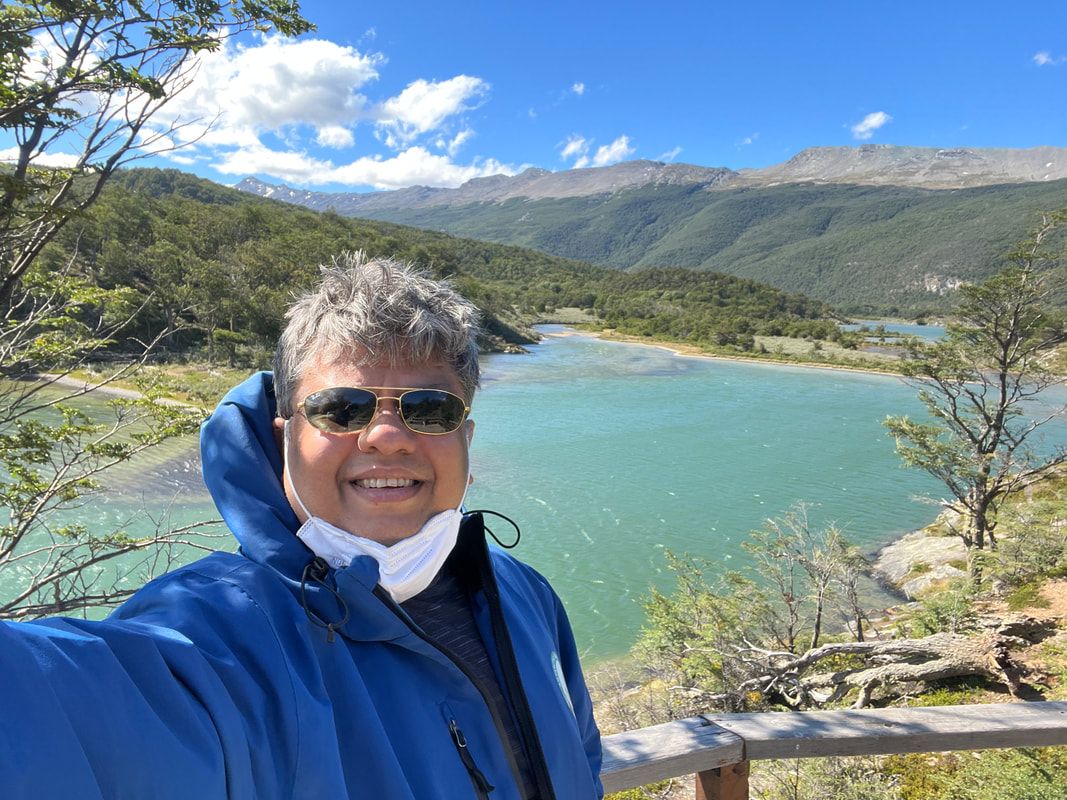 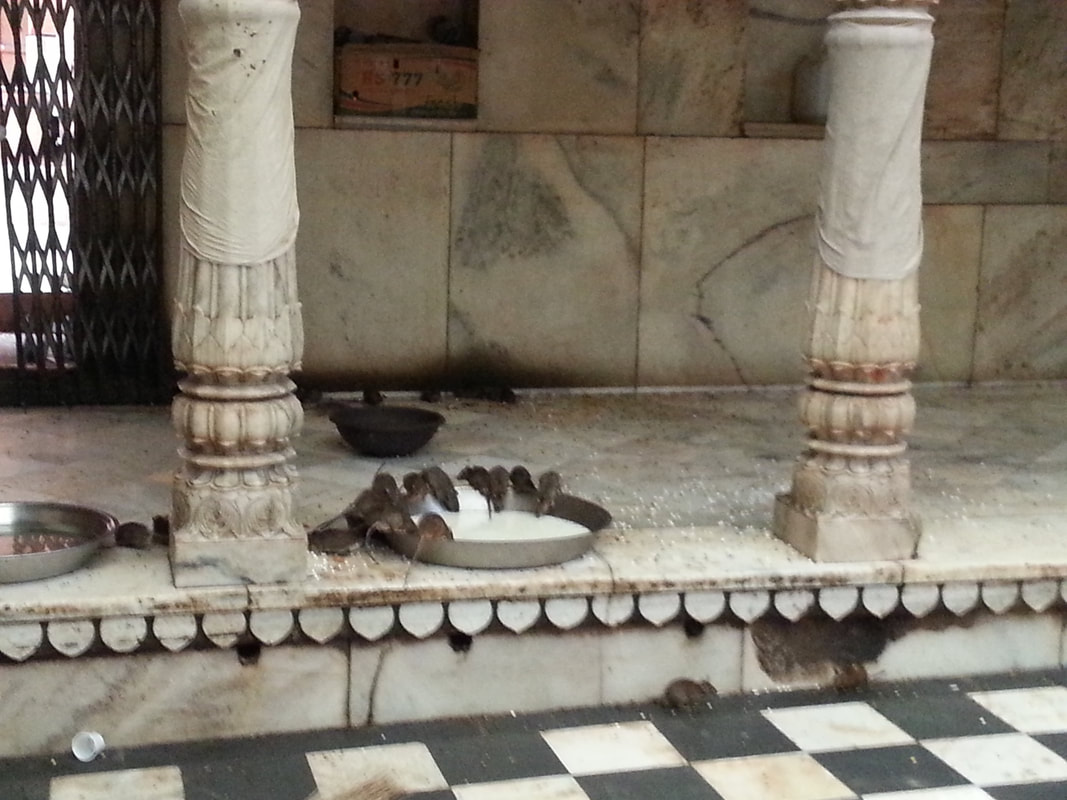 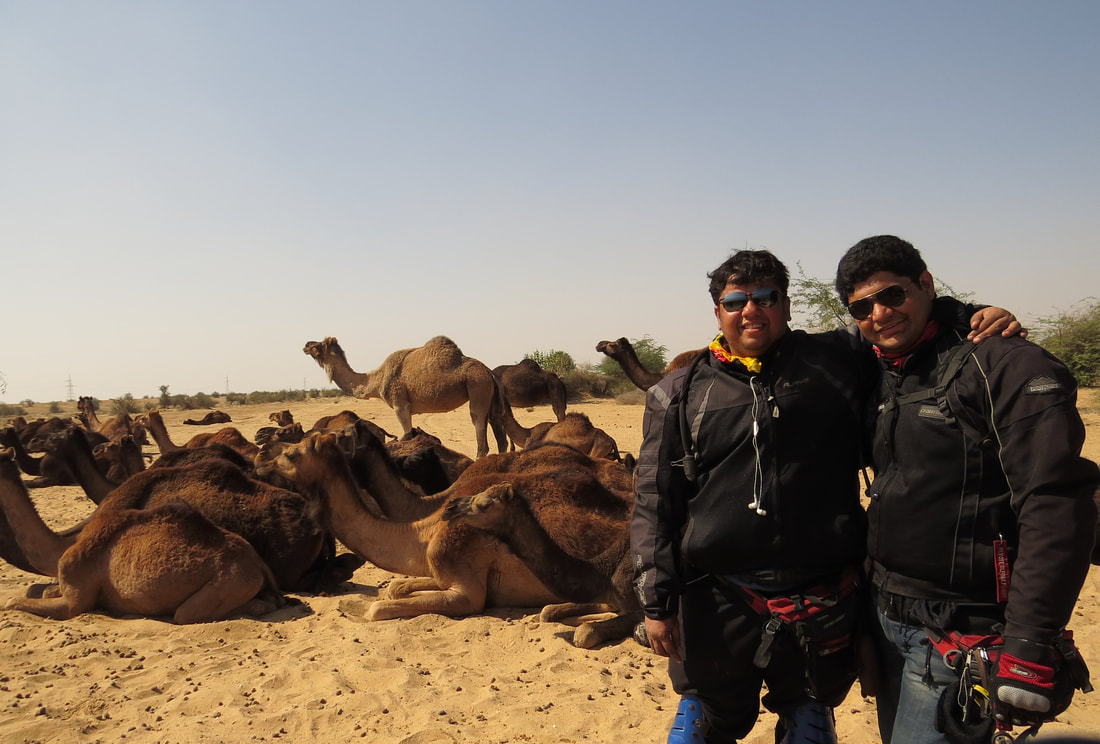 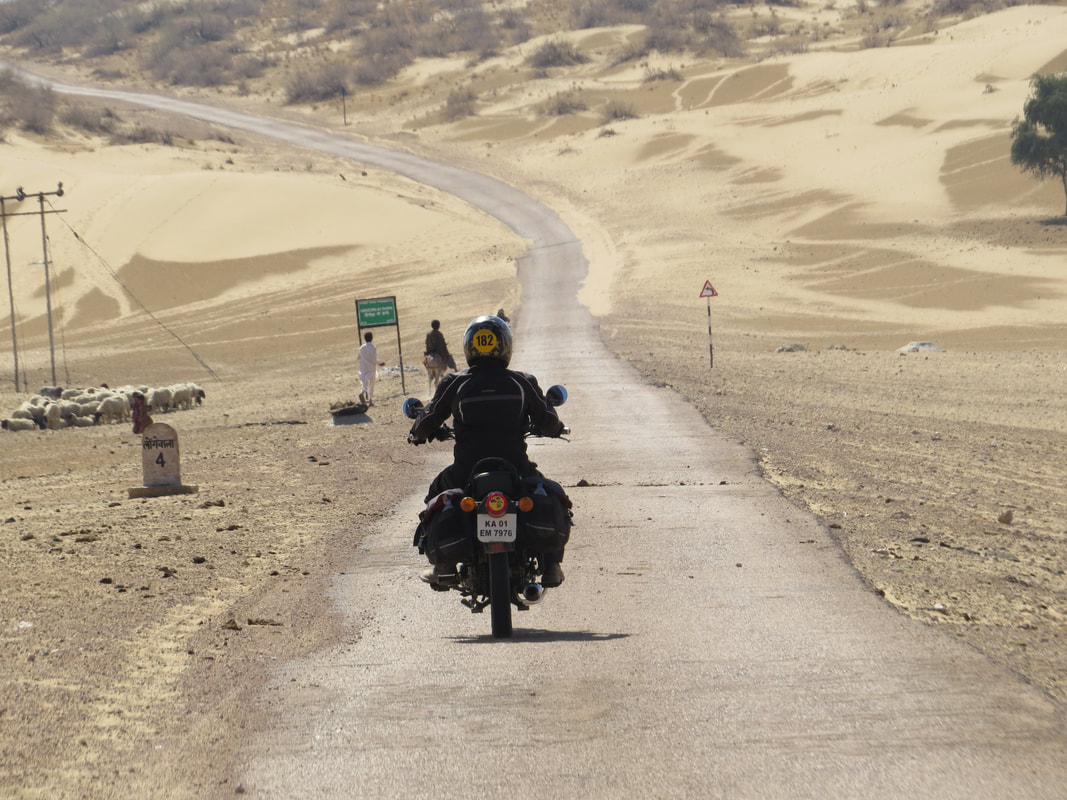 Unfortunately Delzad had an accident and fell down and broke his leg. It was right in the middle of nowhere and it was a hell of a task to get him to the nearest Government hospital for first aid, and then get an ambulance to get him to Jodhpur where there was a large bone and joint hospital.
Luckily we met the most amazing and helpful people - India is amazing...complete strangers will run to your aid, go completely out of their way to help you, and then vanish without expecting any thanks or recognition. Thanks to God and all good people, we managed to get him and his broken bike to Jodhpur for their respective treatments 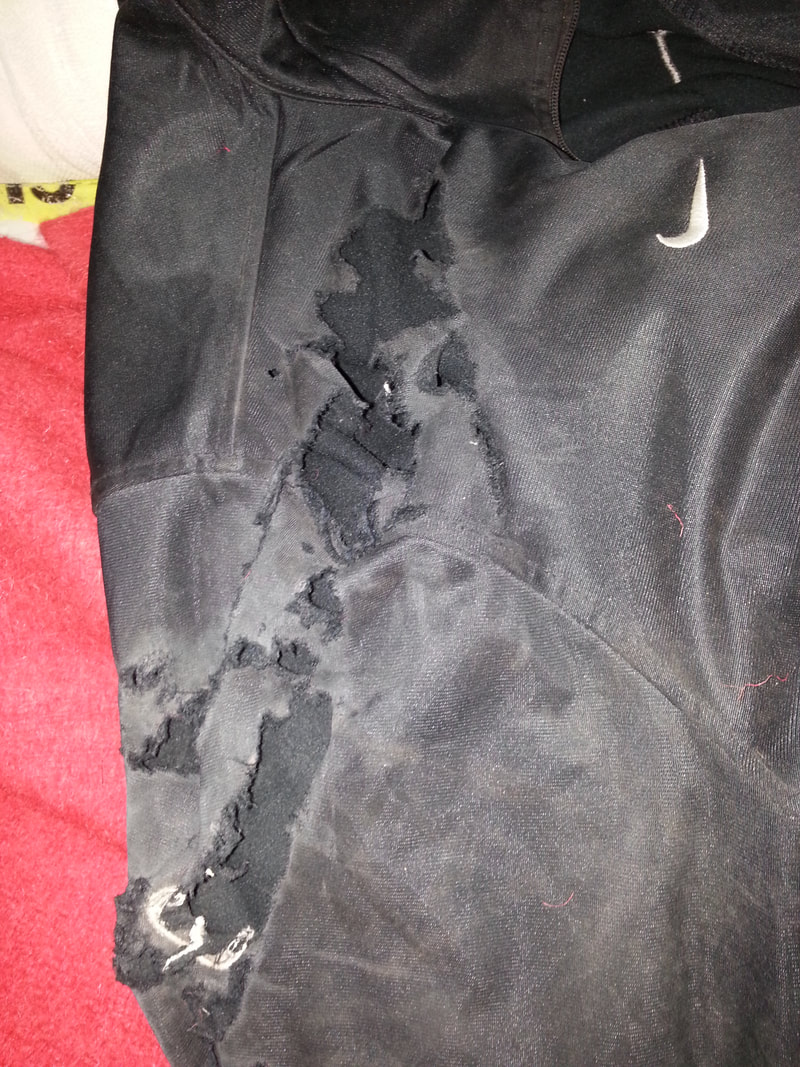 I CANNOT OVEREMPHASIZE the importance of good riding gear. If not for the gear, the damage would have been very grim indeed. 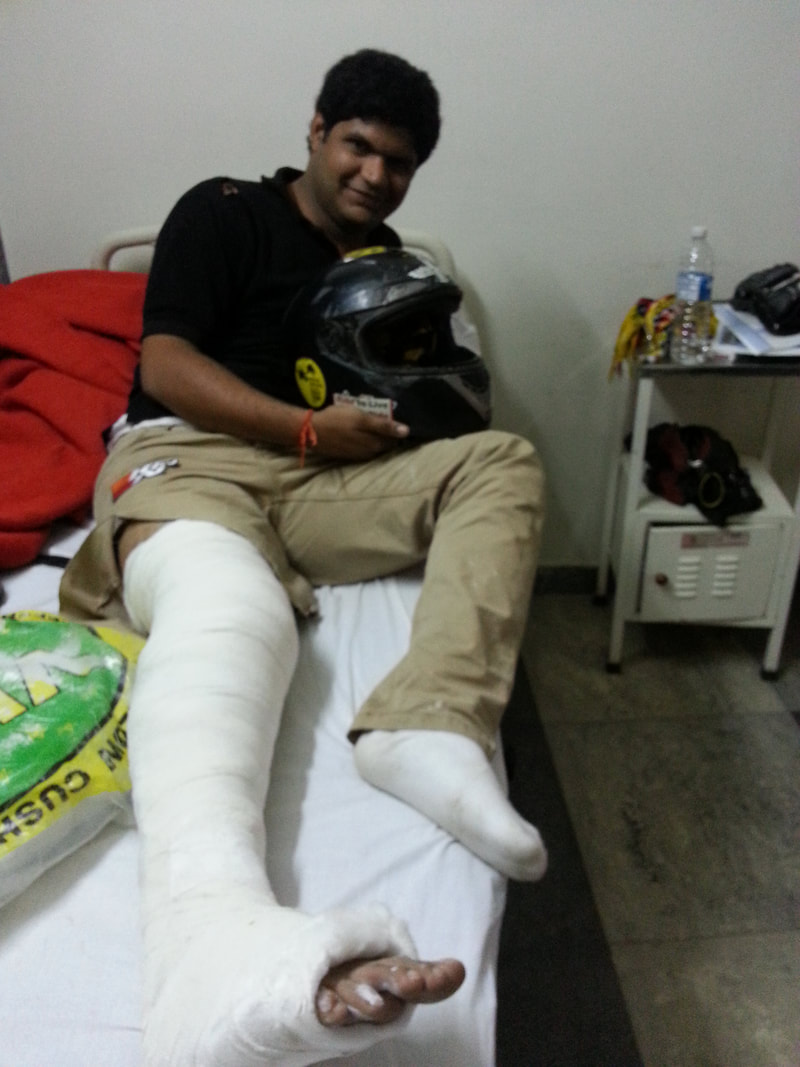 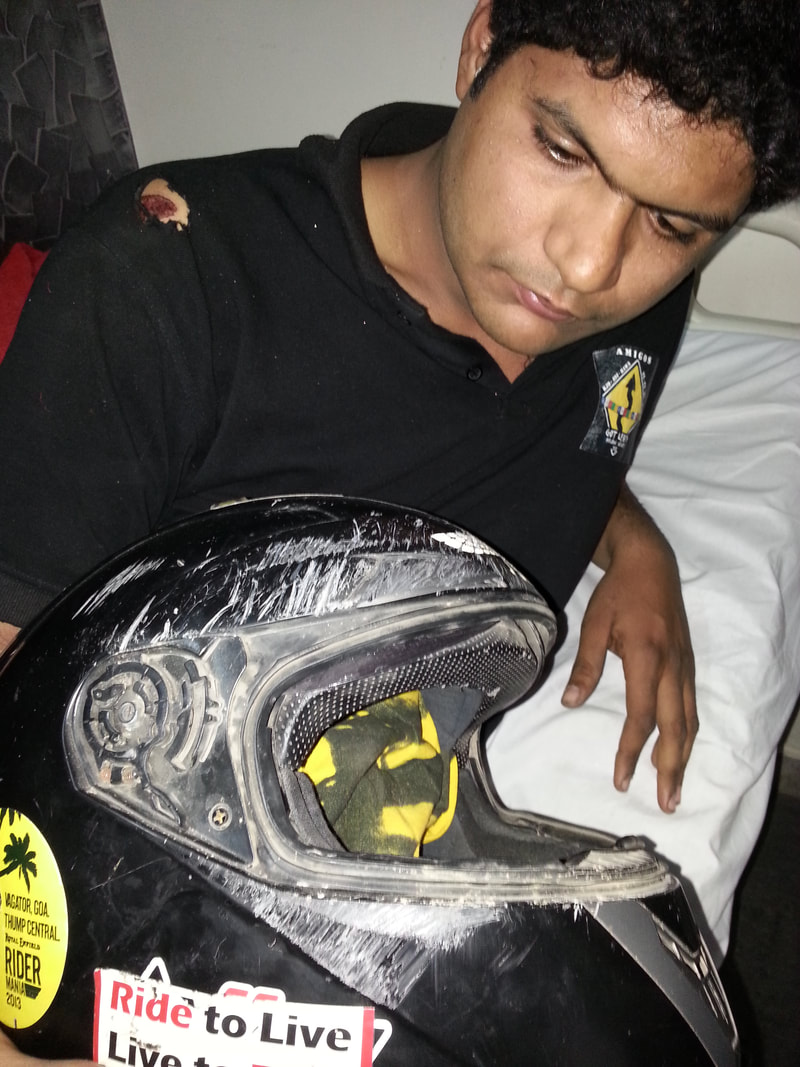 This helmet totally saved his face...and his life 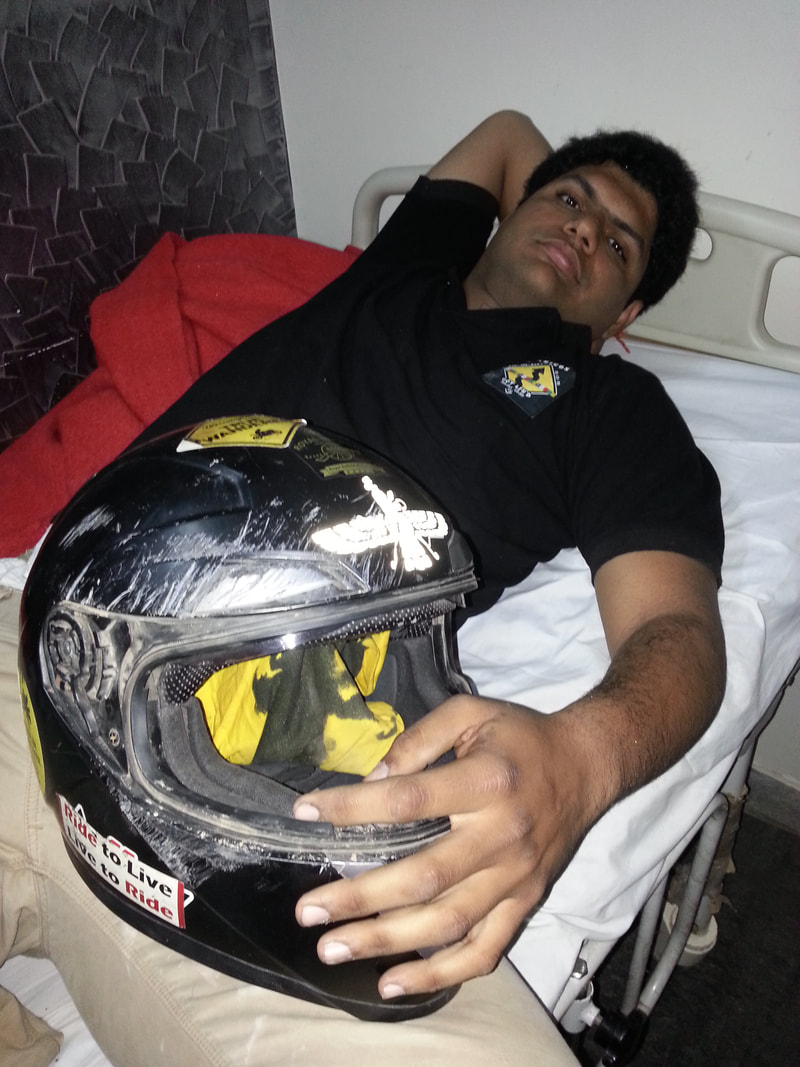 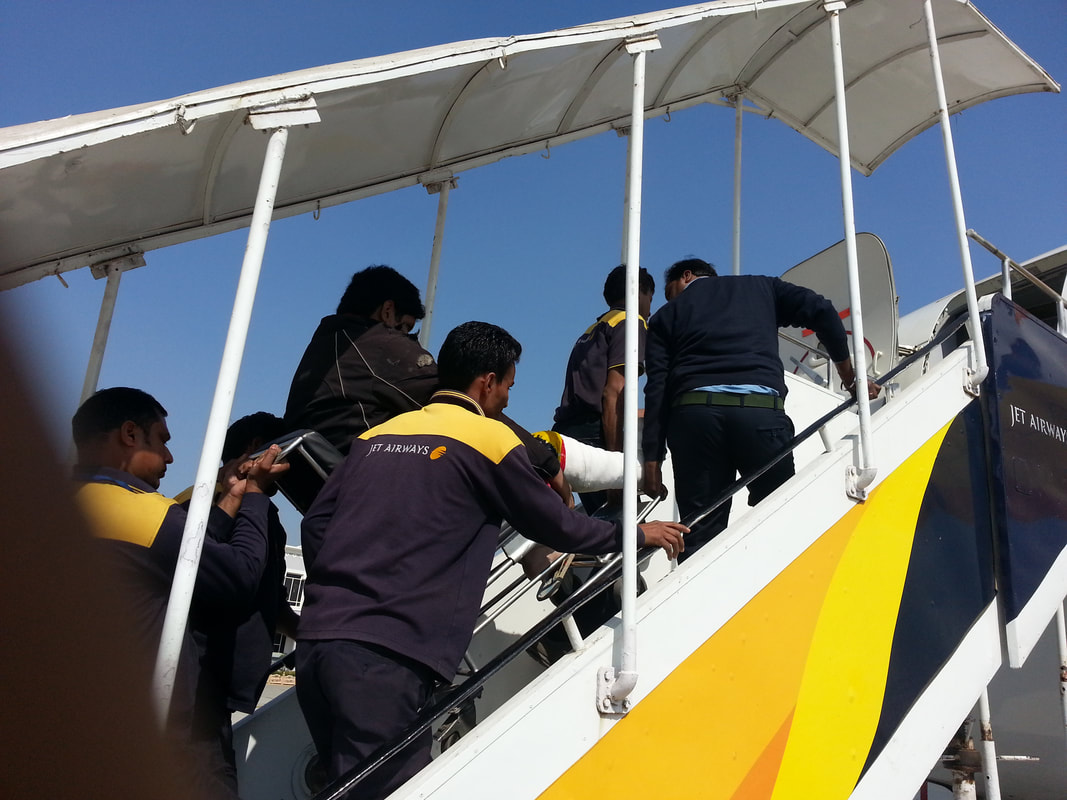 We were lucky that there is a direct flight from Jodhpur to Mumbai. Jet Airways doesnt have a lift or ramp for wheelchairs, so he had to be lifted up by brute force - you can see him all nervous and praying that no one slips and makes a humpty-dumpty out of him.
But you can think of it as travelling in a royal palanquin! That creates a much more positive picture than being in a wheelchair.
recovery
get the book on amazon