I was going to Salta!


‘Salty?’ I had said, confused, when Bharathi told me where I was going. ‘Salty? Is it on the beach or something?’
‘SaltA - not SaltY!’ the boss snapped at me. ‘No! It’s not near the beach! It’s as far away from any beach as you are likely to get! It’s like - right in the middle of the continent!’


I would be flying from one corner of Argentina to another! From the tri-border with Brazil and Uruguay to a quad-border with Bolivia, Paraguay and Chile! I would be going from Amazonian jungles to the Andes!


The Andes! The Andes! I would be seeing the Andes!


Thus I would be touching 3 corners of Argentina - the Southern tip of Ushuaia, the North-Eastern tip of Iguazu and the North-Western tip - Salta! 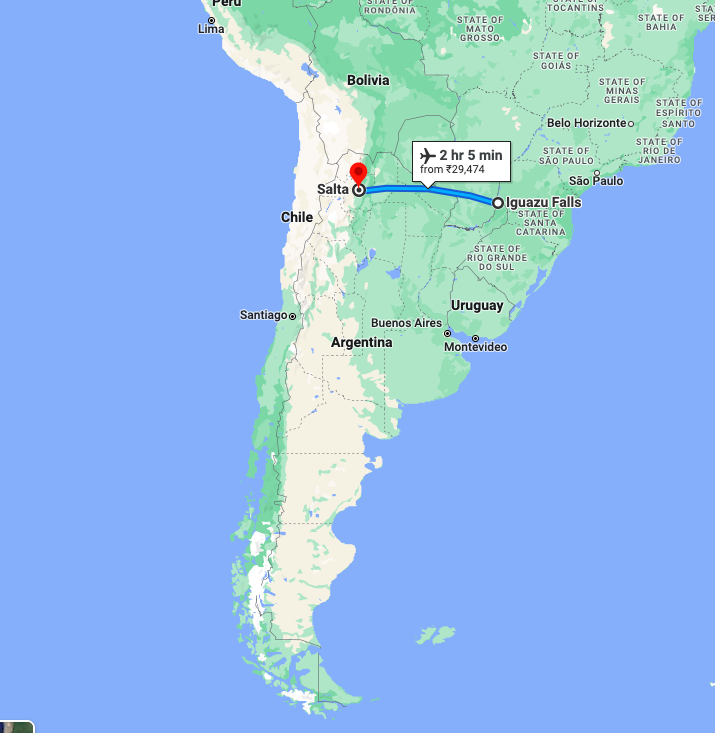 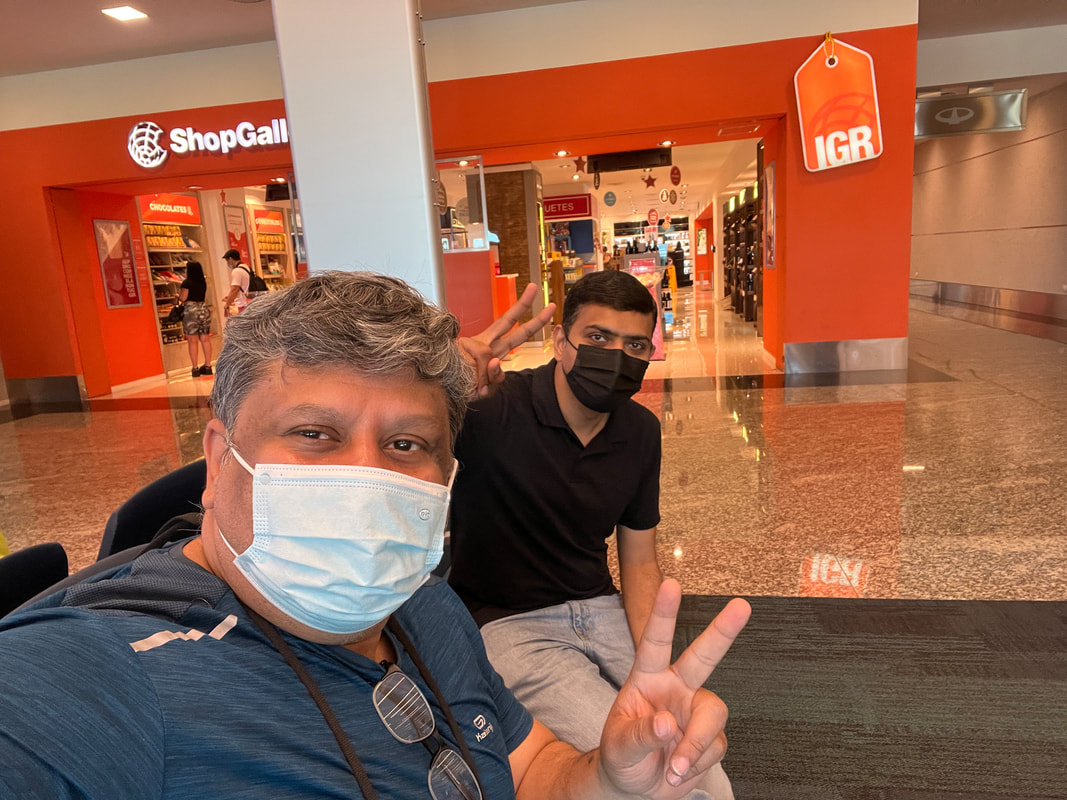 
‘Salt’ means ‘Jump’ in Spanish.  So a place called ‘Salta’ would be ‘a place where people jump…or hop…or skip…or fall…’.
Hmmm….Doesn’t sound like the right explanation.


‘Salto’ is the Spanish word for ‘waterfall’ - which we had seen marked on the maps at Iguazu. But I strongly doubted that the province would be named for waterfalls. It was an arid desert place.


‘Maybe it is named after the salt lakes or salt flats?’ Bharathi suggested. ‘There is a large salt lake there and is close to the Bolivian salt flats of Salar de Uyuni.’
‘No - Spanish doesn’t use the world ‘salt’ - their word is ‘sal’. And a salt flat is called ’Salinas’ ‘


Even the founder of the place did not want to call it ‘Salta’. The founder was a conquistador called Hernando de Lerma, and he named the city ‘Lerma’ after himself in 1582.


But - apart from having a silly name - Lerma was a most nasty character - cruel and murderous and evil!  Salta-born historian Armando Bazan describes de Lerma  ‘as malign as a disease’ in one of his books.


So no one wanted their city to be named after him! Why remember such a scumbag? Change the name immediately!


So they started called their city - and by extension, the whole province - as ‘Salta’.


The origins of this name are obscure - some say that it may have been the name of an Indian tribe, the ‘Saltas’. Some say that it might be name of the place in various languages - ‘salla ta’ - ‘crag-place’, or  ‘sagtay’ - ‘meeting of the outstanding’, or, the preferred meaning, ‘sagta’, ‘very beautiful’ - in various local languages.


Or in other words - Fuck knows!


Somebody started calling it ‘Salta’ for some reason- and the name stuck.


The capital city of Salta province is simply called ‘Salta’ - though the locals call it ‘La Linda’ - ‘The beautiful.’ 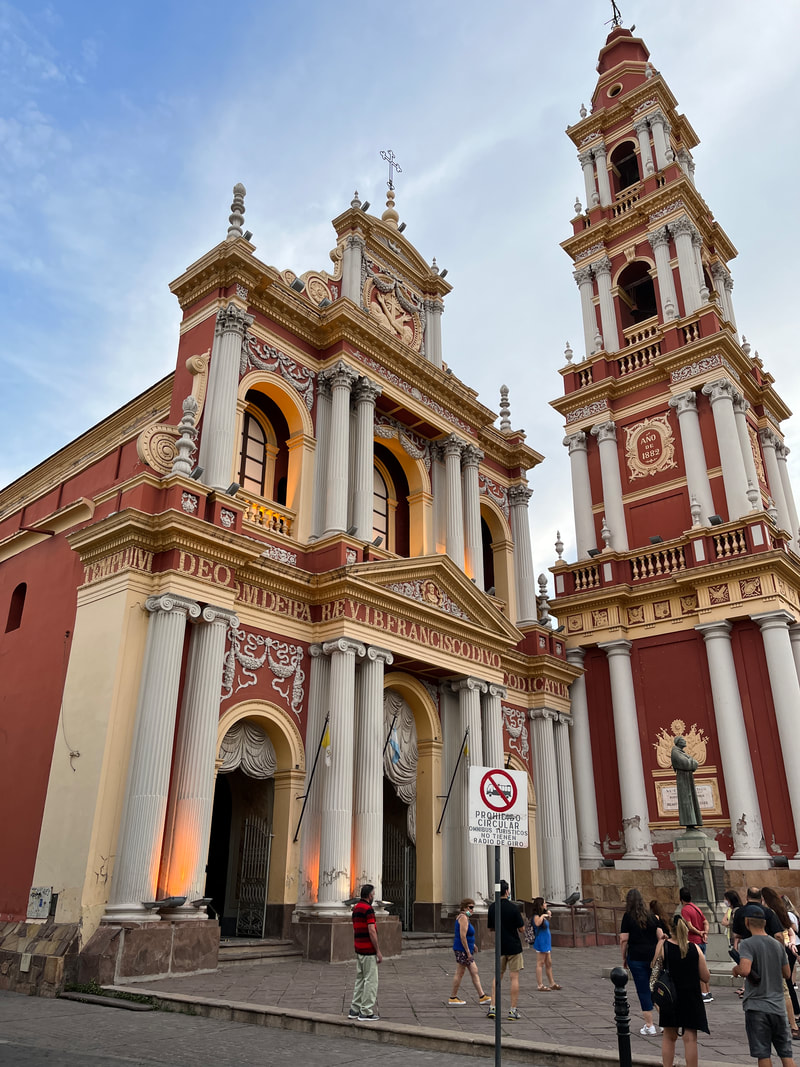 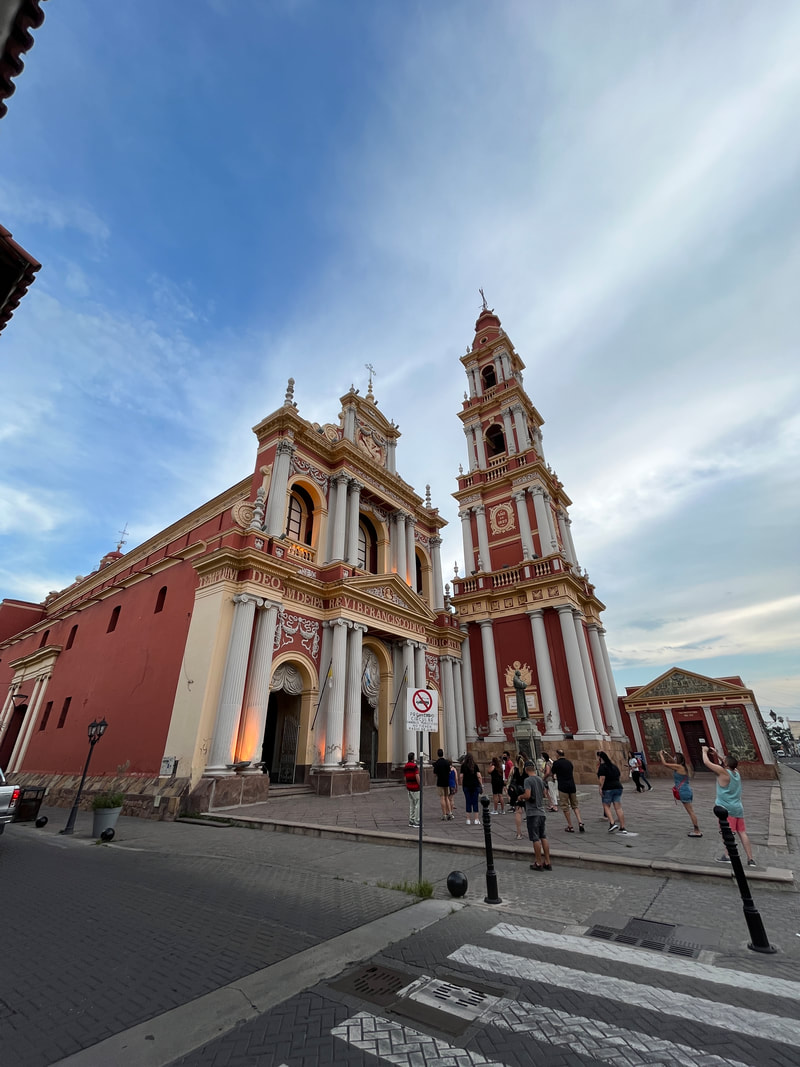 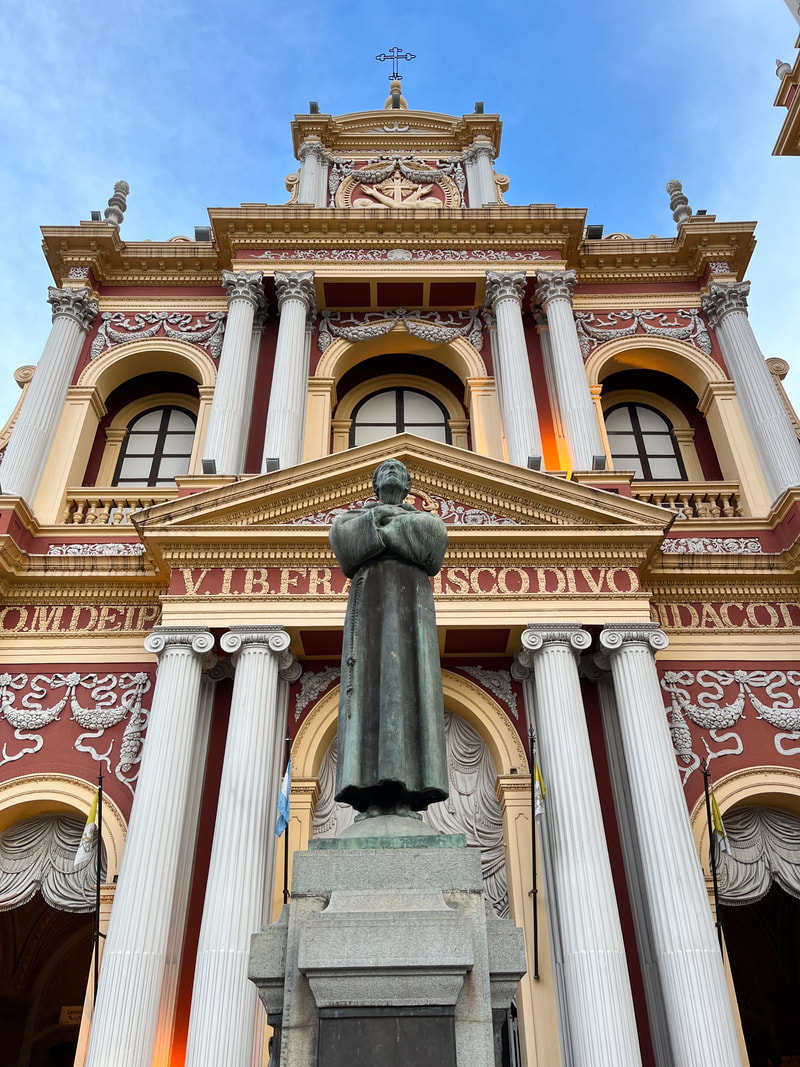 I checked out the Basilica and convent of San Francisco, a beautiful church which has been declared a National Historical Monument.


One of the many things I admire about the Europeans is their planning and attention to detail. When the city of Salta had just been established by Lerma, and was just a little place of 500 souls - they made a complete city masterplan and planned out the city in a beautiful grid structure - way back in the 1500s! The king of Spain had issued an instruction manual on how to plan cities to all the conquistadors, and all of them had to create cities as per that model.


This place where the church sits was already assigned in the founding act of Salta, drawn up in 1582 - and The first building was completed in 1625! Isn’t that amazing? Cities in India seem to grow like a living organism - twisting and turning and growing wherever there is space. But cities here are grown like a crystal - in accordance with a strict structure right from the start. 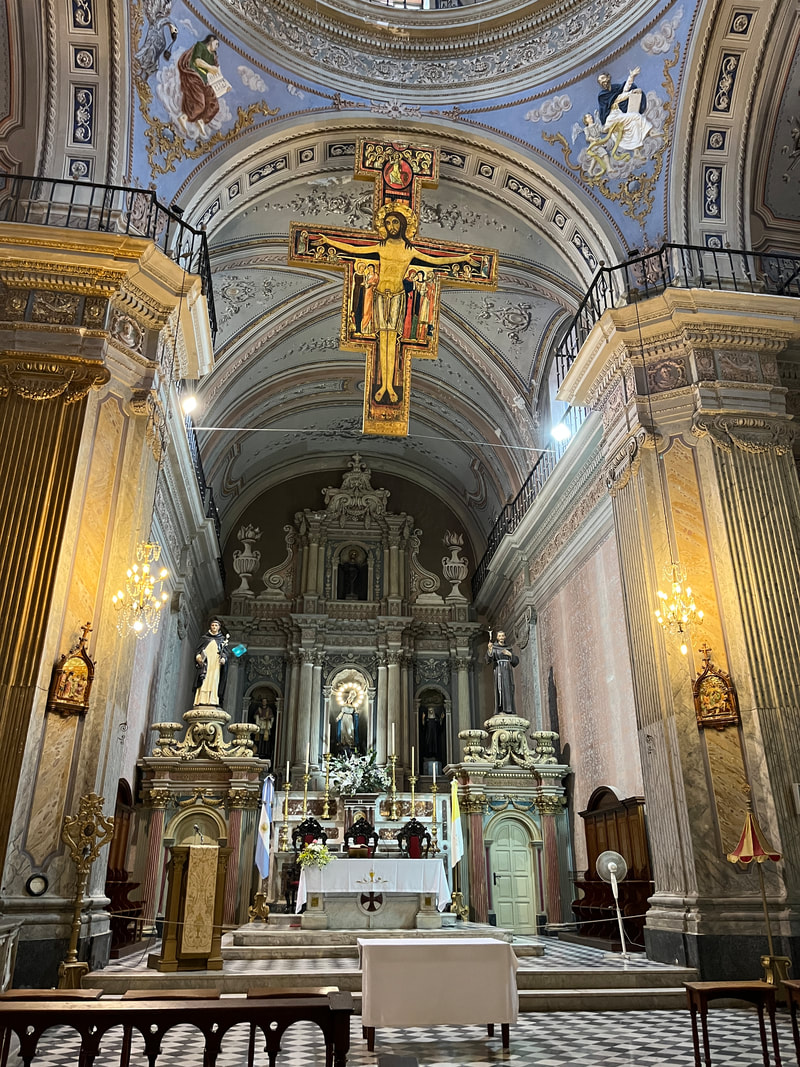 It was quite a small place as compared the great cathedrals of Spain - or even of Buenos Aires - but it was beautiful, extremely well-maintained and had a statue of a rather shocked-looking baby Jesus.
He looked quite horrified - like a guy who has failed his Covid test just before he was supposed to be getting into a long flight. ‘Oh no! What now?’ 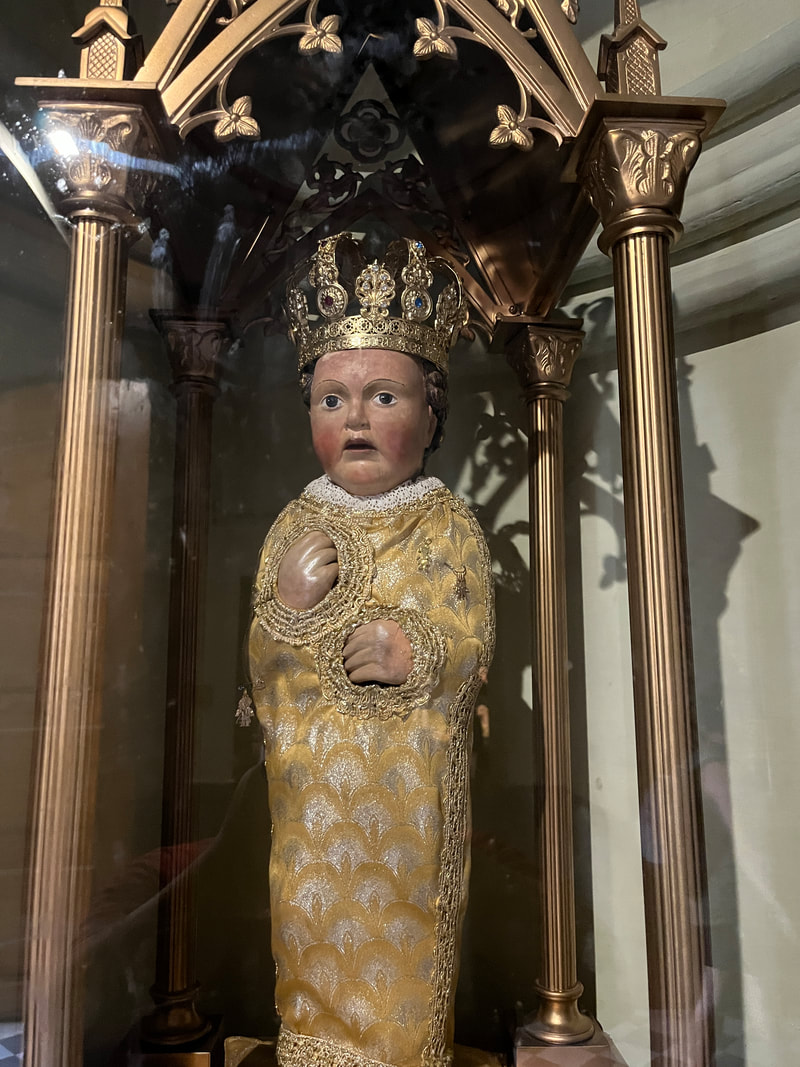 This seemed to be quite an ancient and important statue - they had put up a plaque saying that it was the ‘Nino Jesus ​​de Aracoeli’ and they had a photo of Pope John Paul II blessing it; and there were a lot of ‘Thank you so much for healing/helping/blessing me’ plaques on the wall. 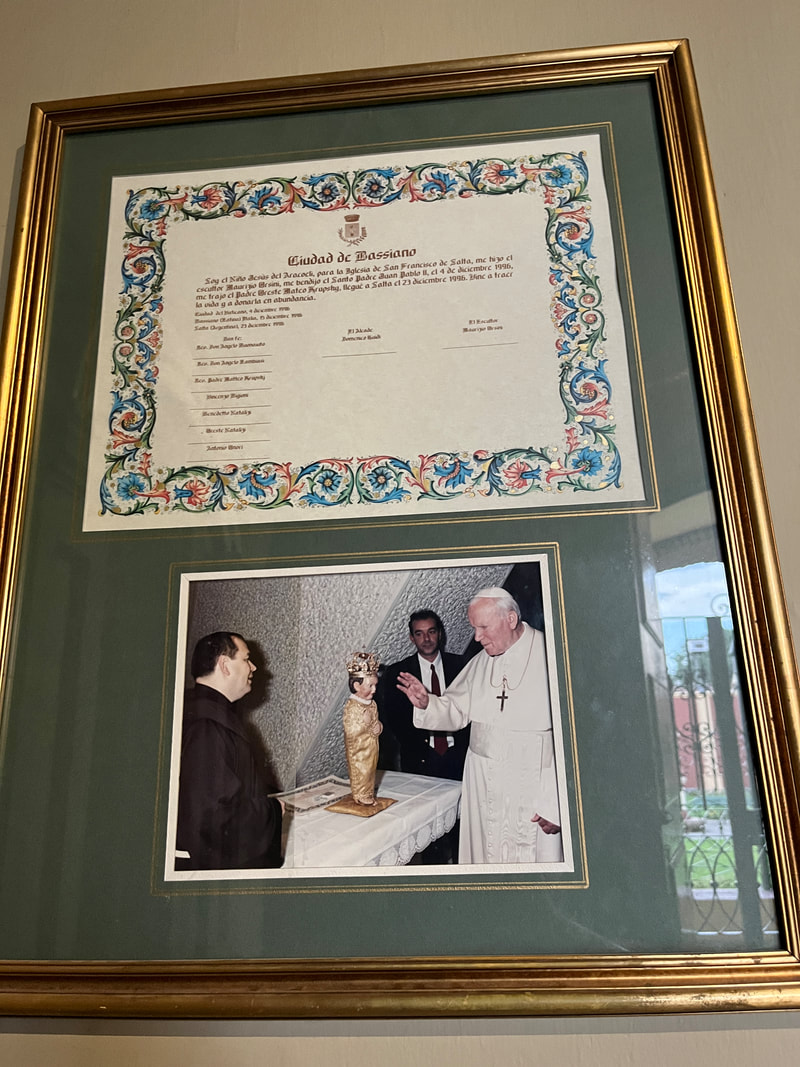 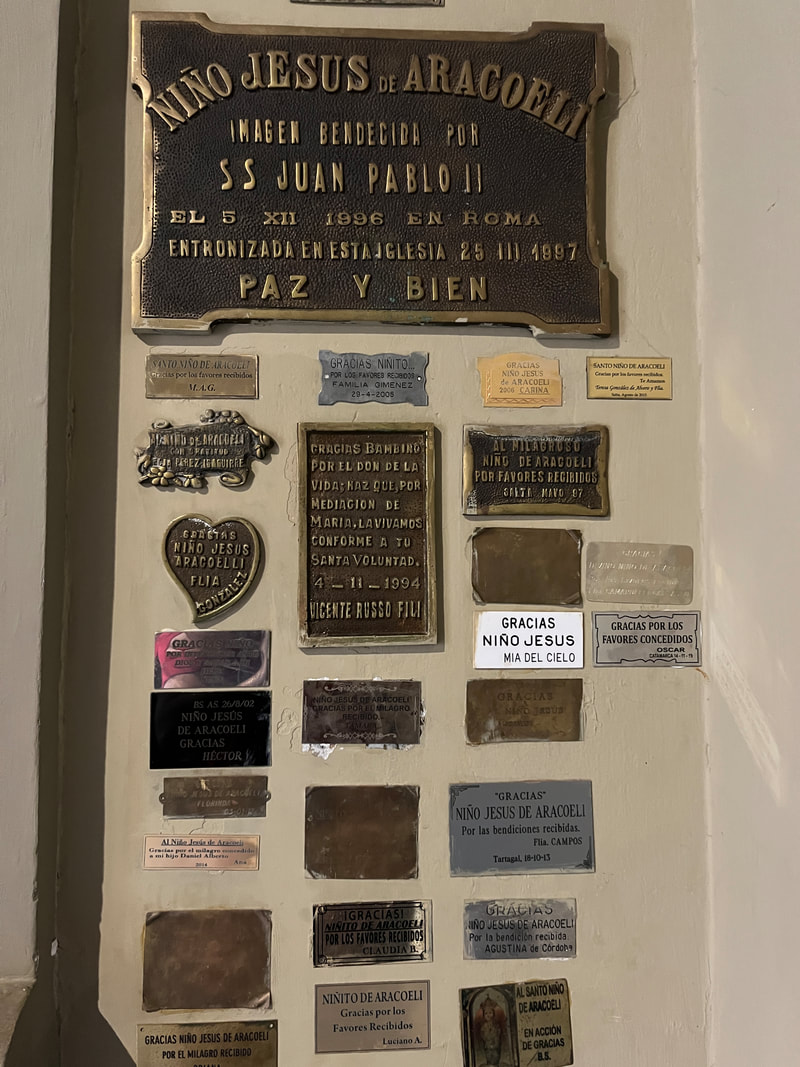 Then I went for a long walk - well, it seemed long to me - to the pleasant San Martin park. It was a Sunday and the populace was out in droves to enjoy the park, paddleboat in the little lake and feed the ducks. The whole place was packed! Covid? What Covid? 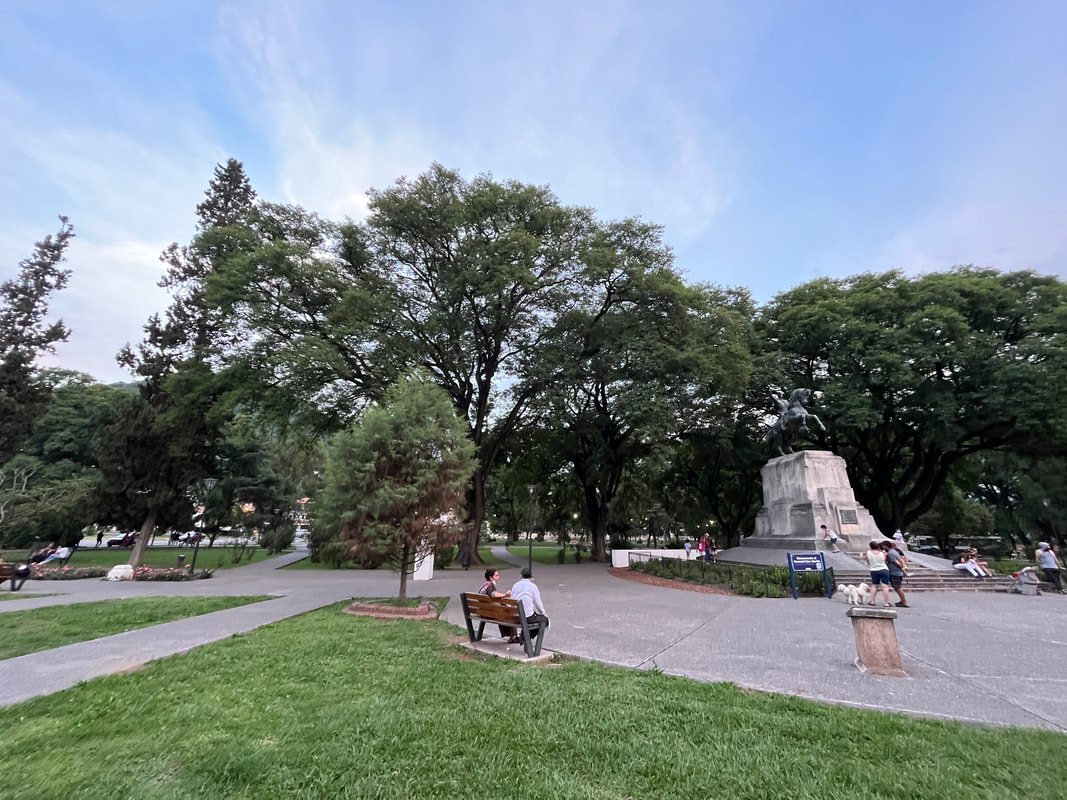 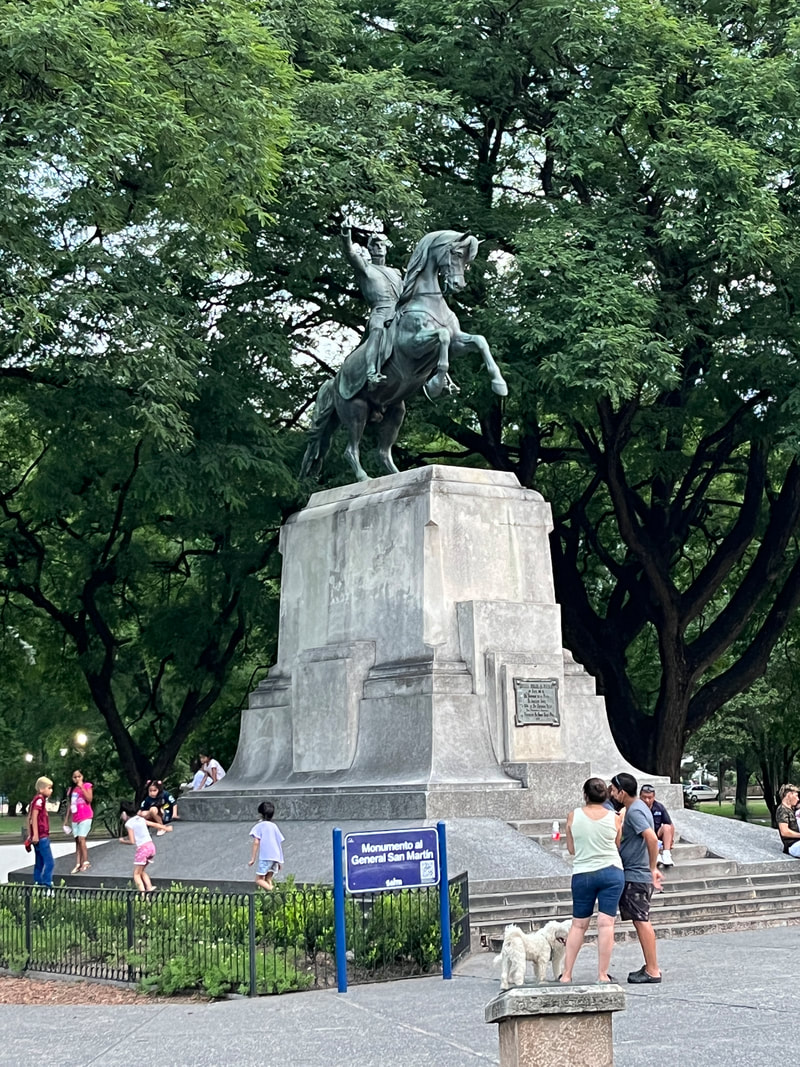 I found that I had emerged at the central plaza, and was facing the cathedral! Wow! The cathedral of Salta! But alas, it was too late and the cathedral was closed.
But I was not dismayed. I would see the inside tomorrow - but in the dark of the evening, the wonderfully lit-up cathedral was a wonderful sight! 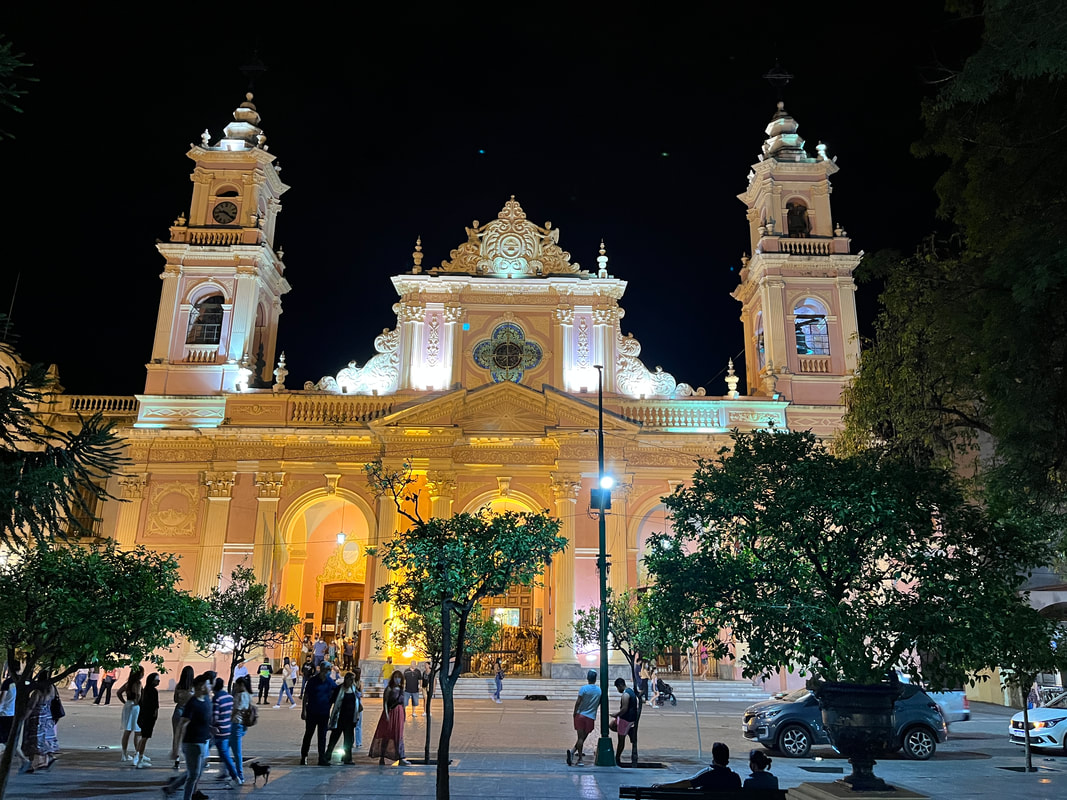 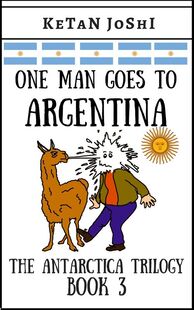