Today we were planning to do a route which I had been fantasising about for a long time - the little-known Agham Shyok road. We would be following the path of the Shyok river (the 'Death' river) from Khalsar to Shyok village, and then cutting in towards Pangong lake.

This route is seldom used, because it is very dangerous due to landslides, flash floods etc.

But that is where adventure lies!
When we left from Panamik, the day outside was looking most intimidating...heavy cloud cover 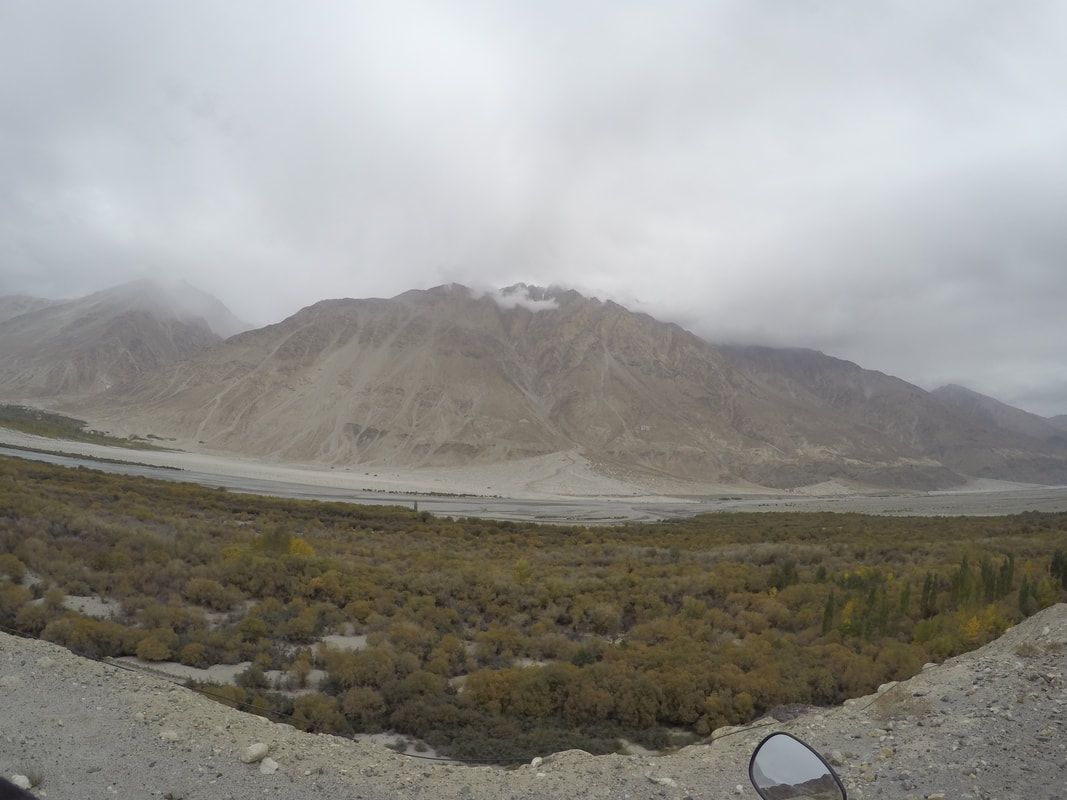 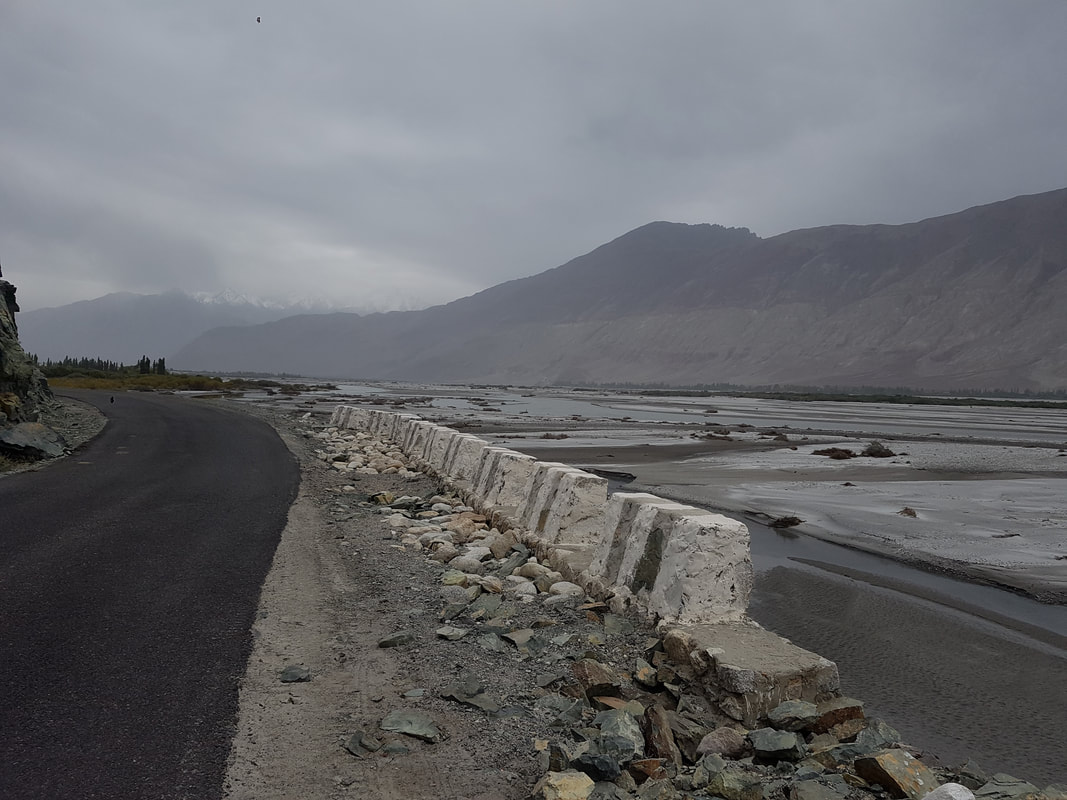 We would not be going back up Khardung la, but be following the Shyok river upstream 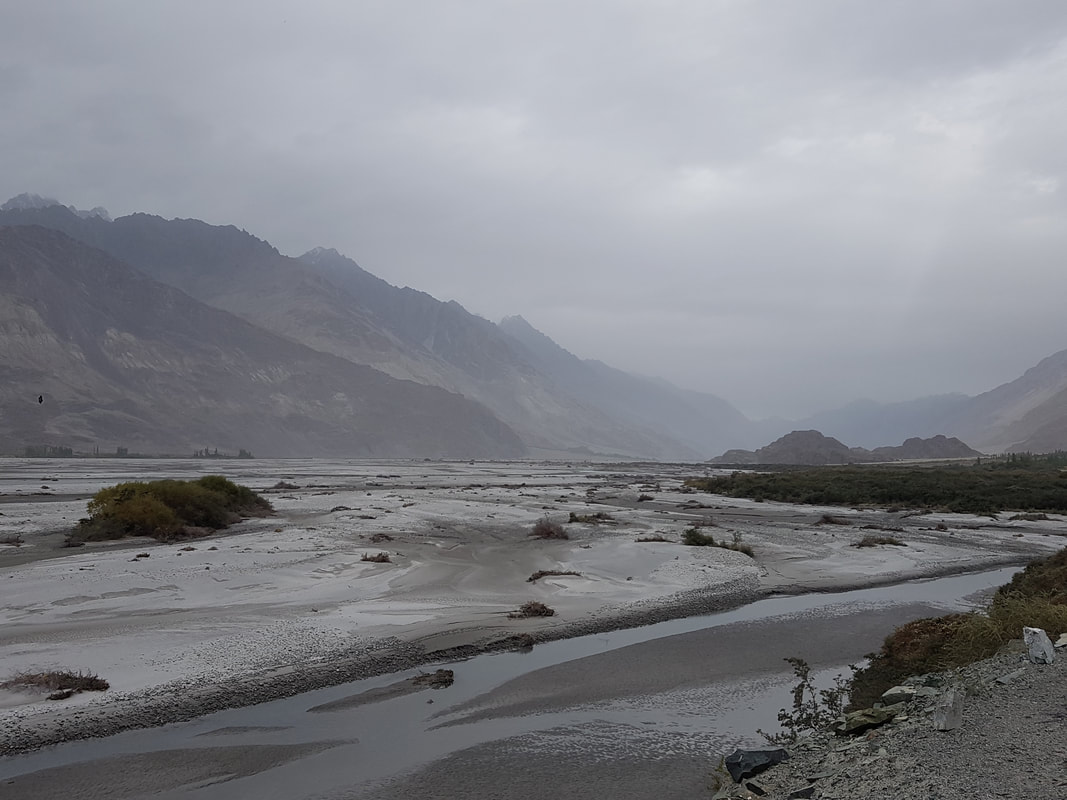 The road became empty after Khalsar. 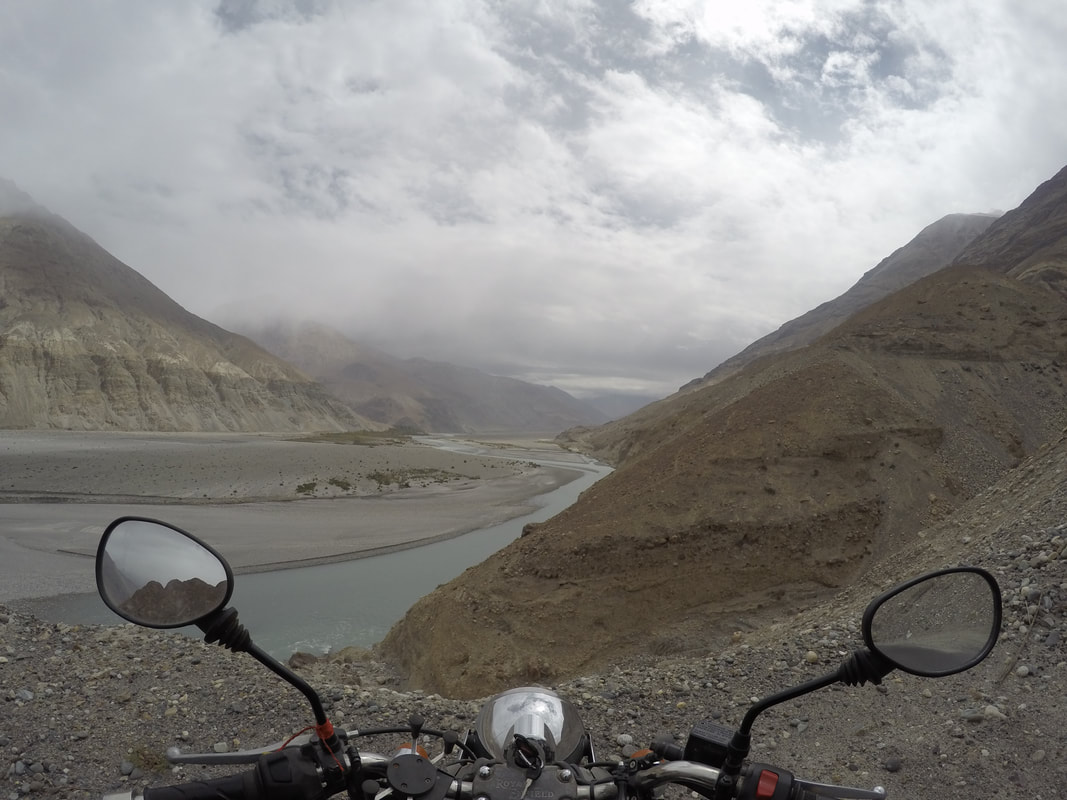 But it had an unearthly beauty 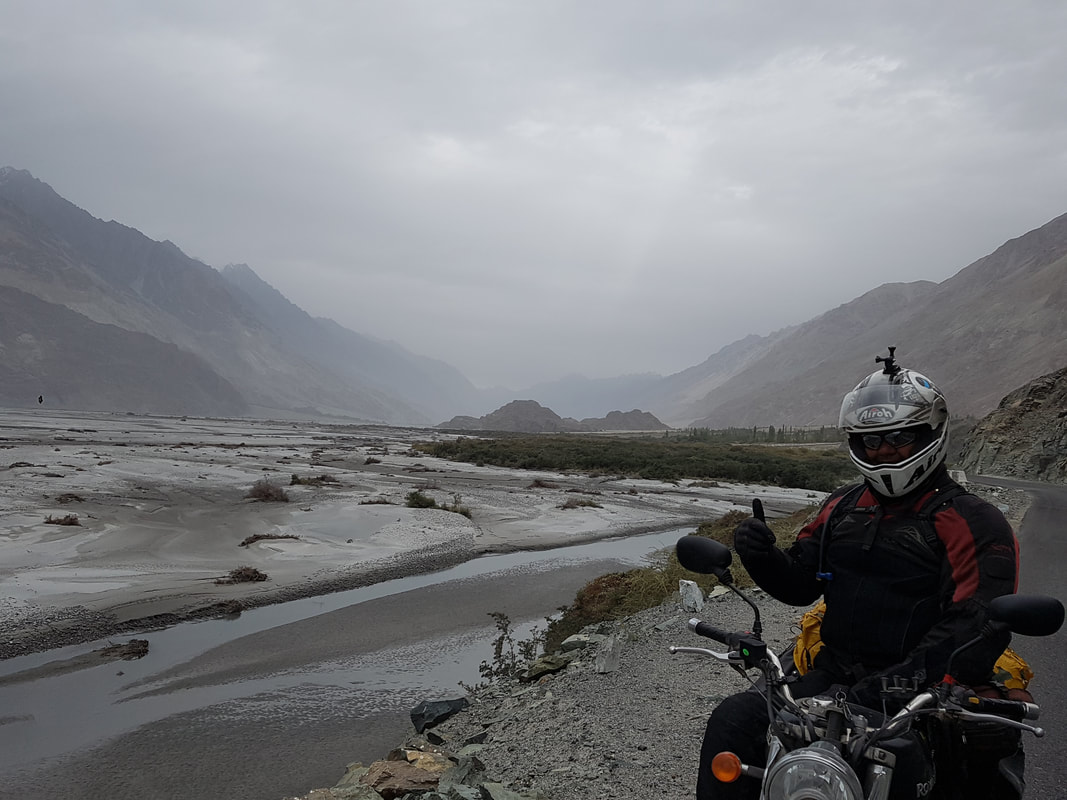 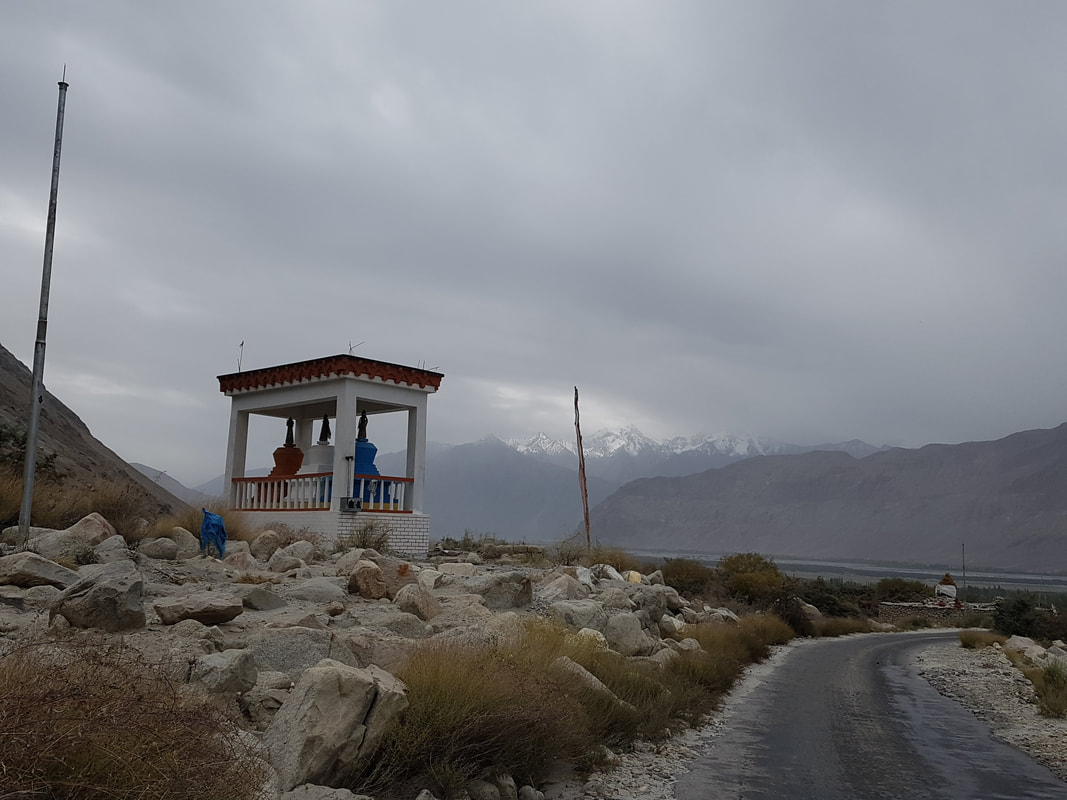 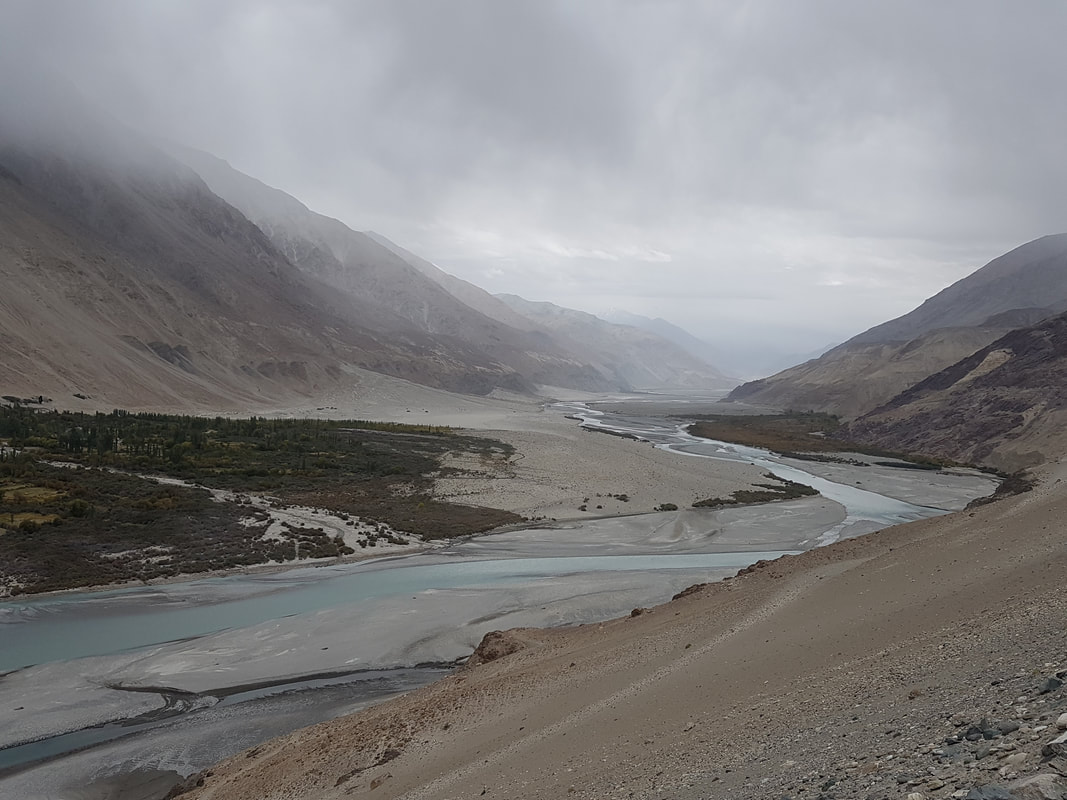 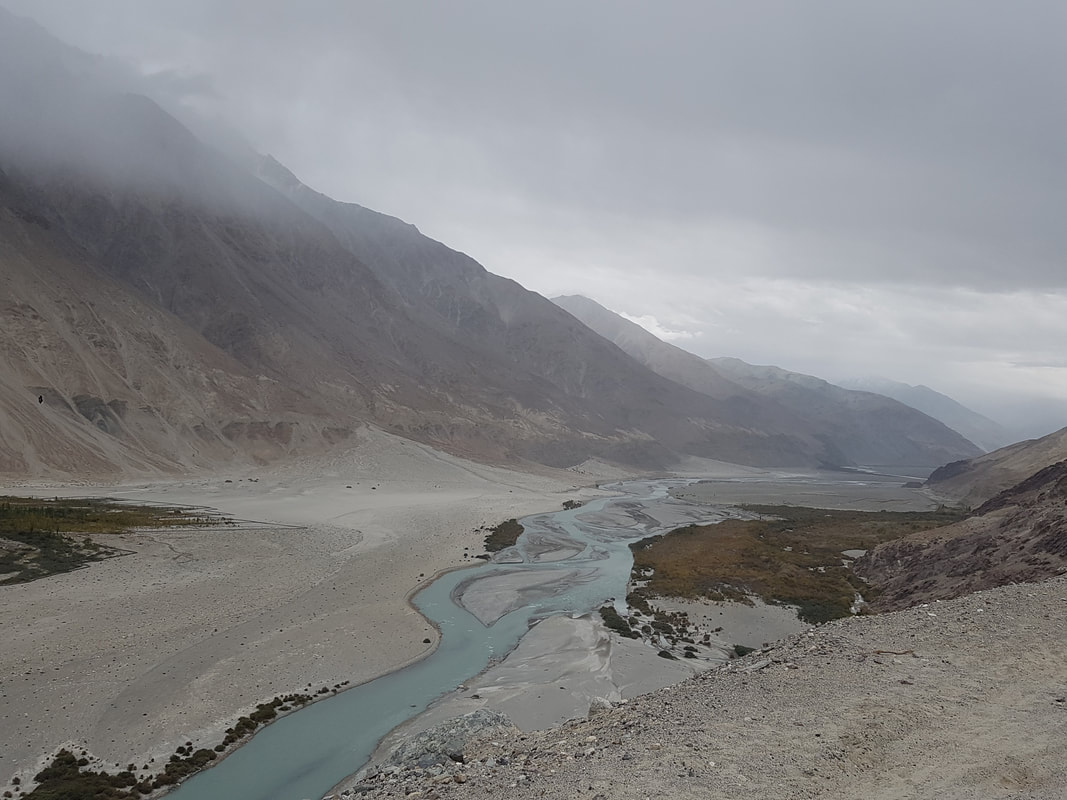 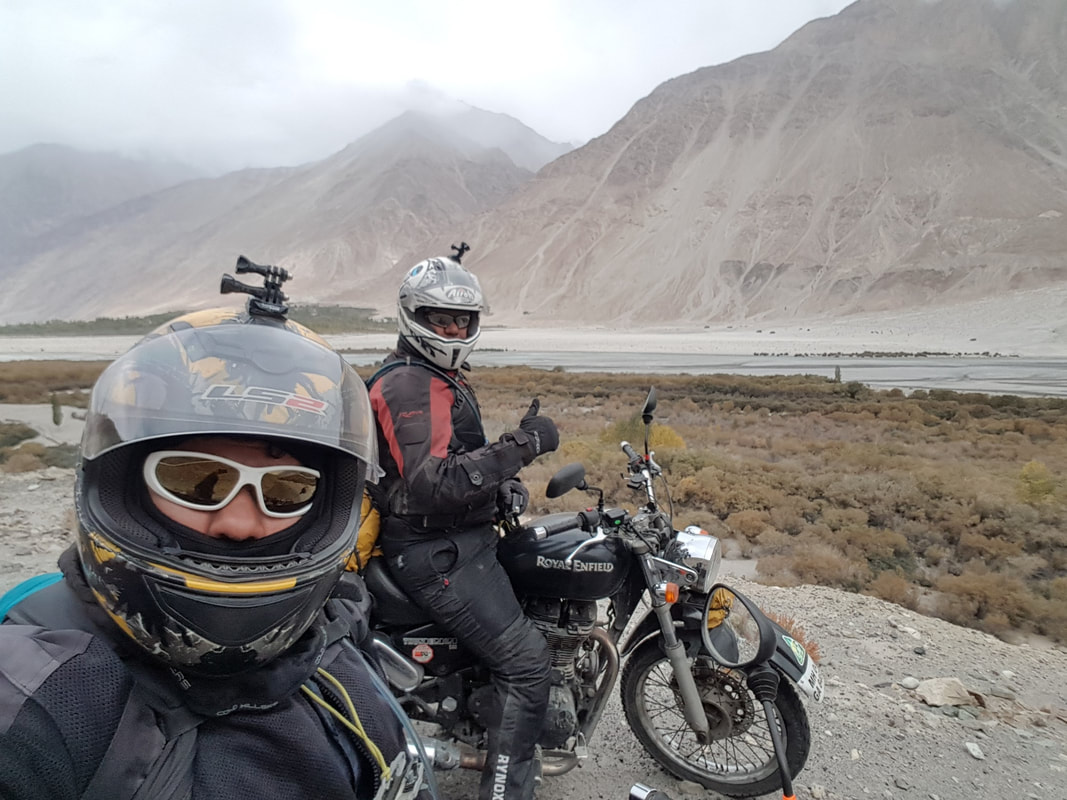 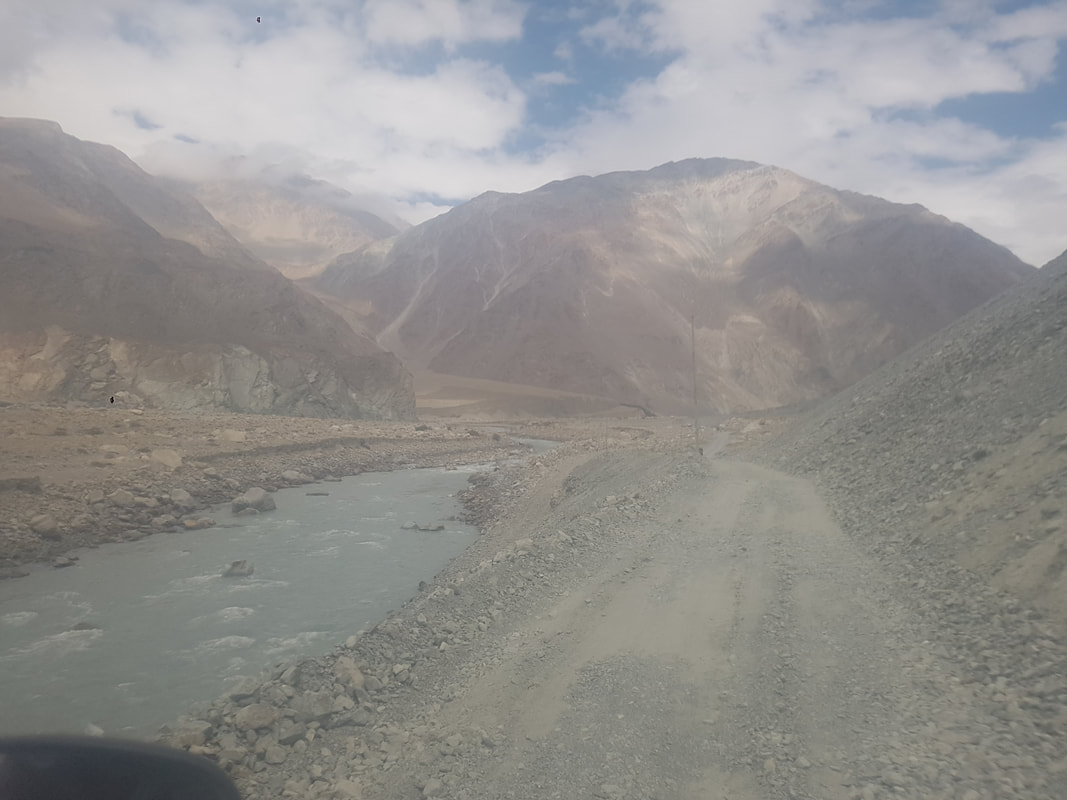 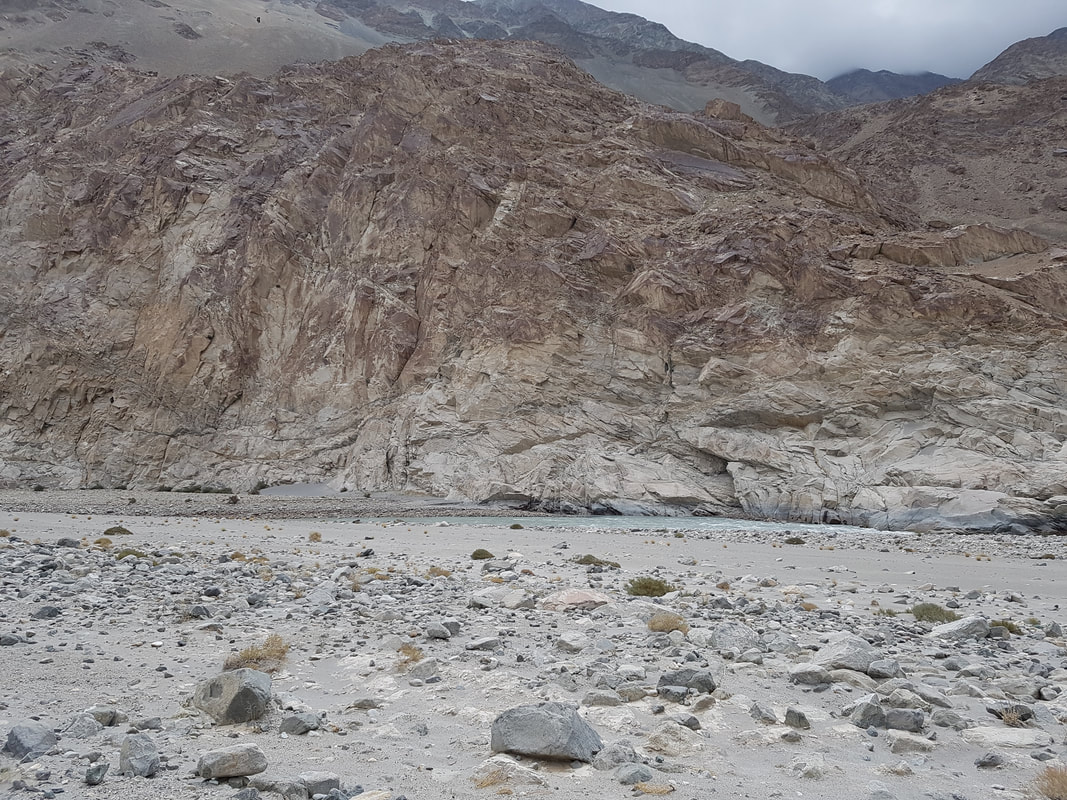 and sometimes is perfect...

And sometimes you have to ride on the riverbed itself! 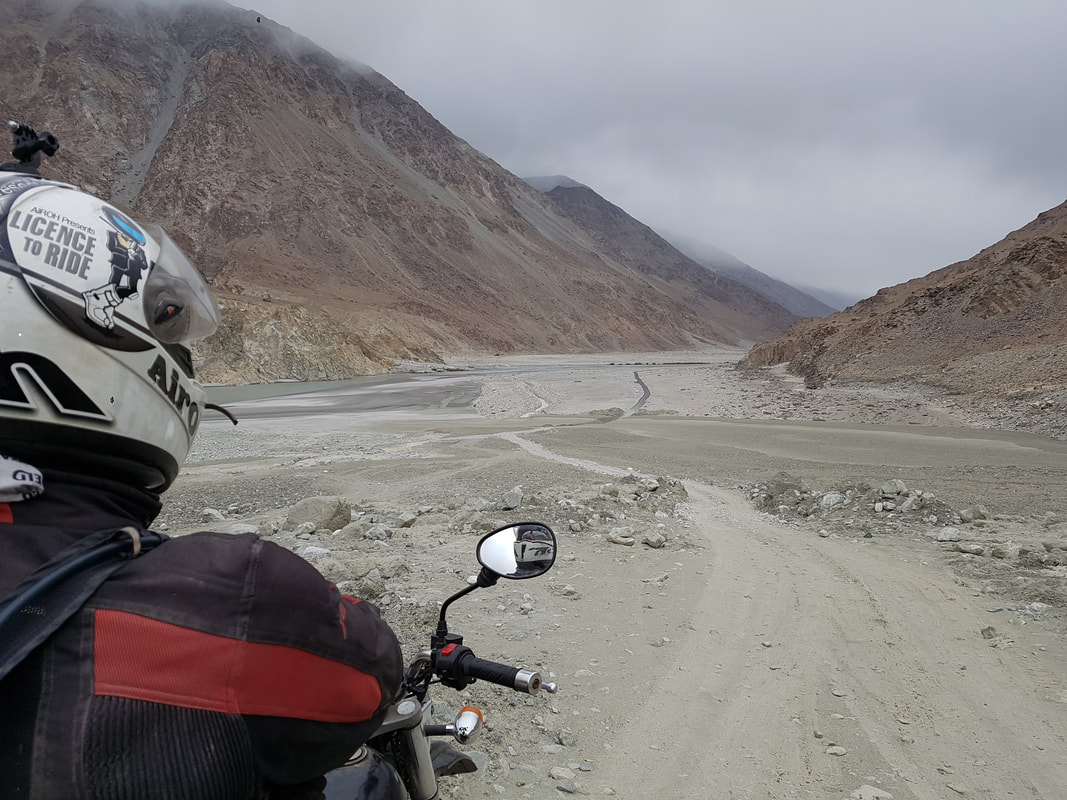 It really makes you stop and think

We are so small and insignificant in all this magnificence 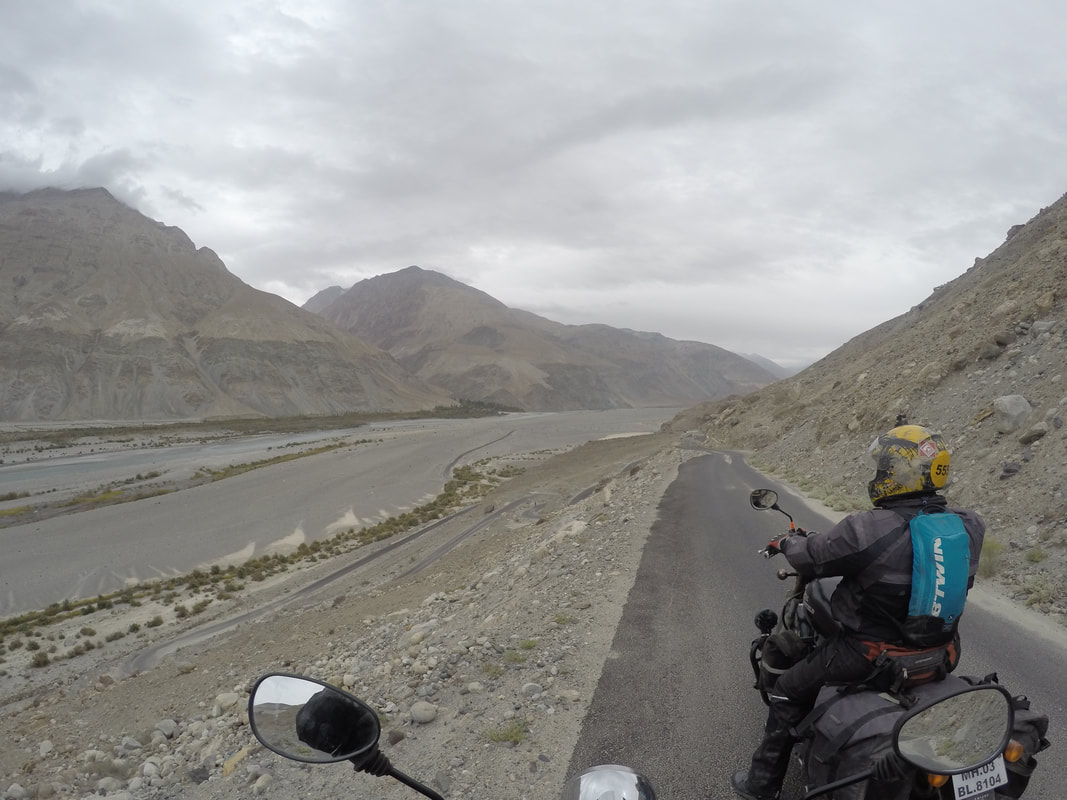 It suddenly rained after we left the river at Shyok village. within seconds we were wet and lost our body heat in the windchill! We were shivering and miserable and soon couldnt think straight. Luckily we were near Durbuk and took refuge in a dhaba. Even in the dhaba we were shivering and miserable. Luckily I was able to make a call and get refuge in a nearby Army guest house...else it would have been a really sticky situation.
Brrrrr!
Diskit - Yarma gompa - panamik
Durbuk - Spangmik - Pangong
check out the book on Amazon
Paperback in India