Here's to phase 2 of our journey - the break up 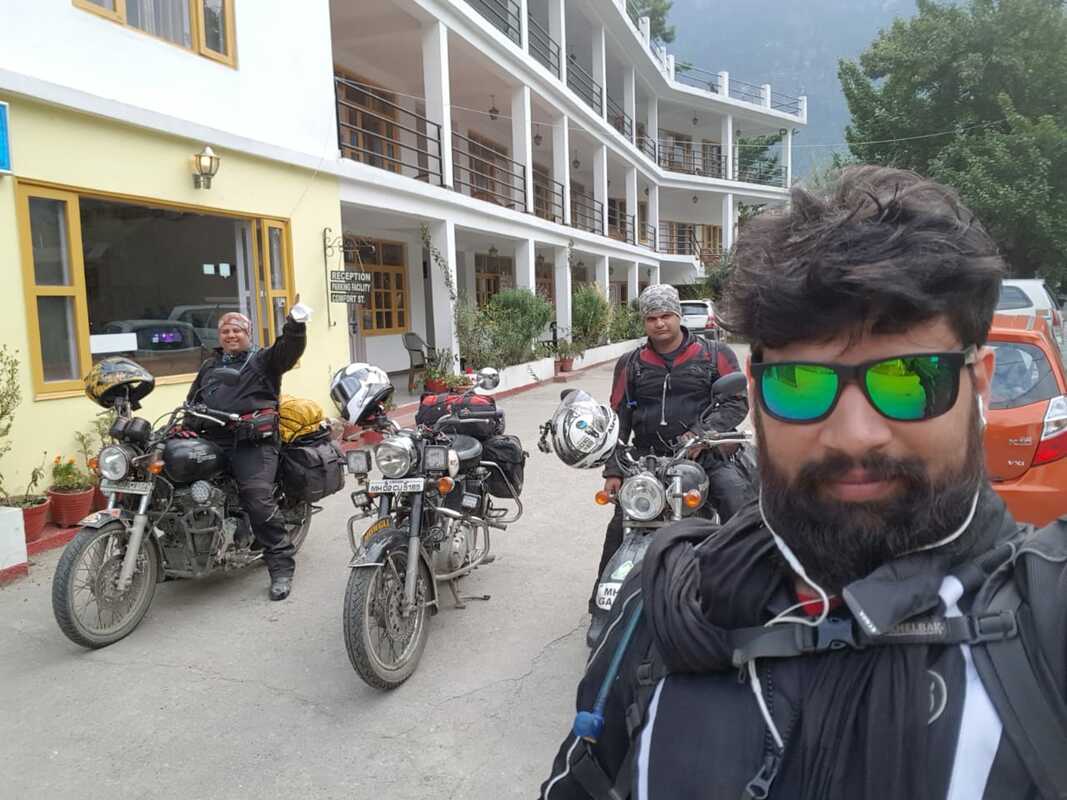 Leaving from Hotel Manali Yes Please. The Amigos break up today - Adi is going back to Mumbai and the two of us are going ahead to Ladakh 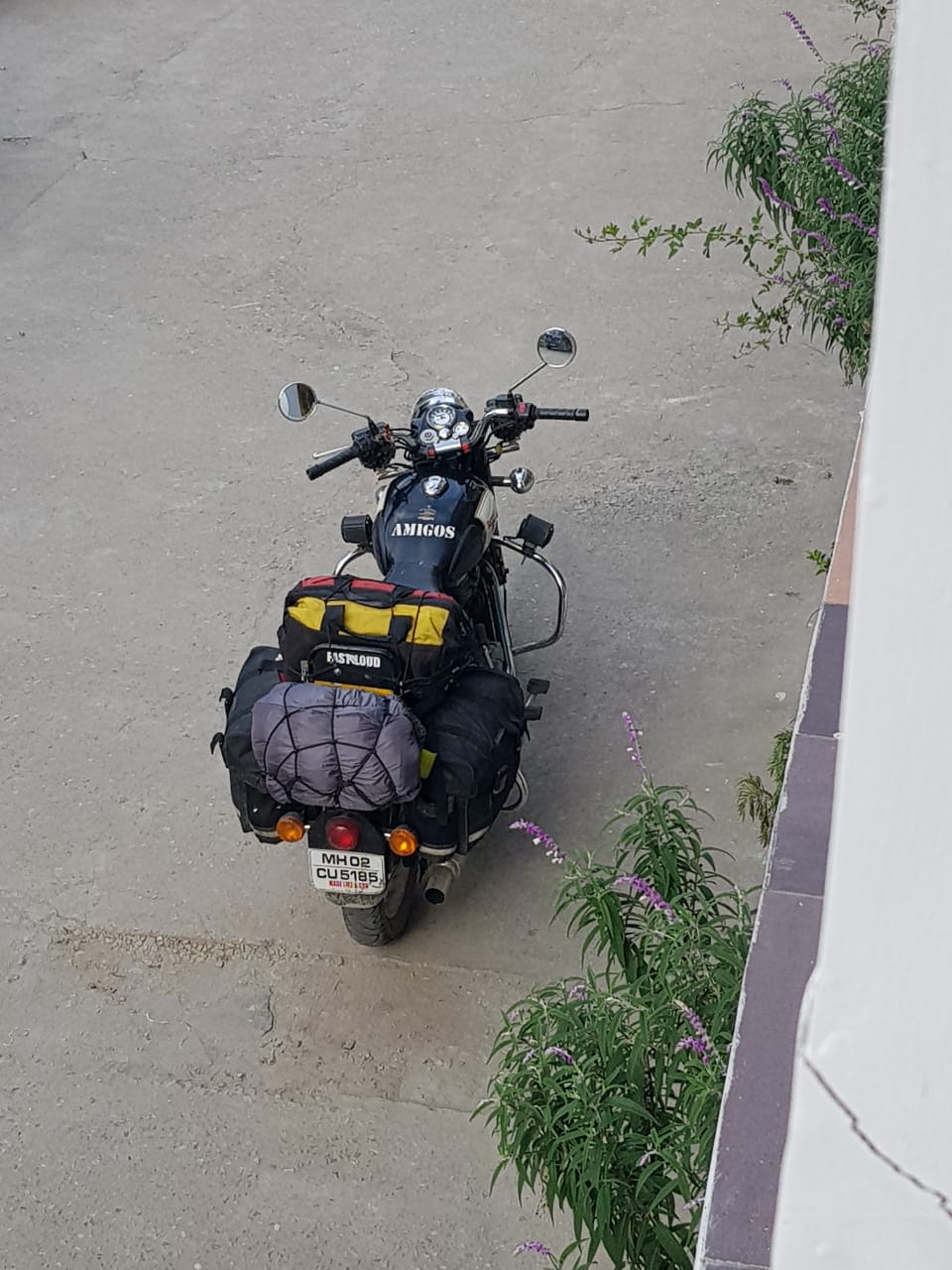 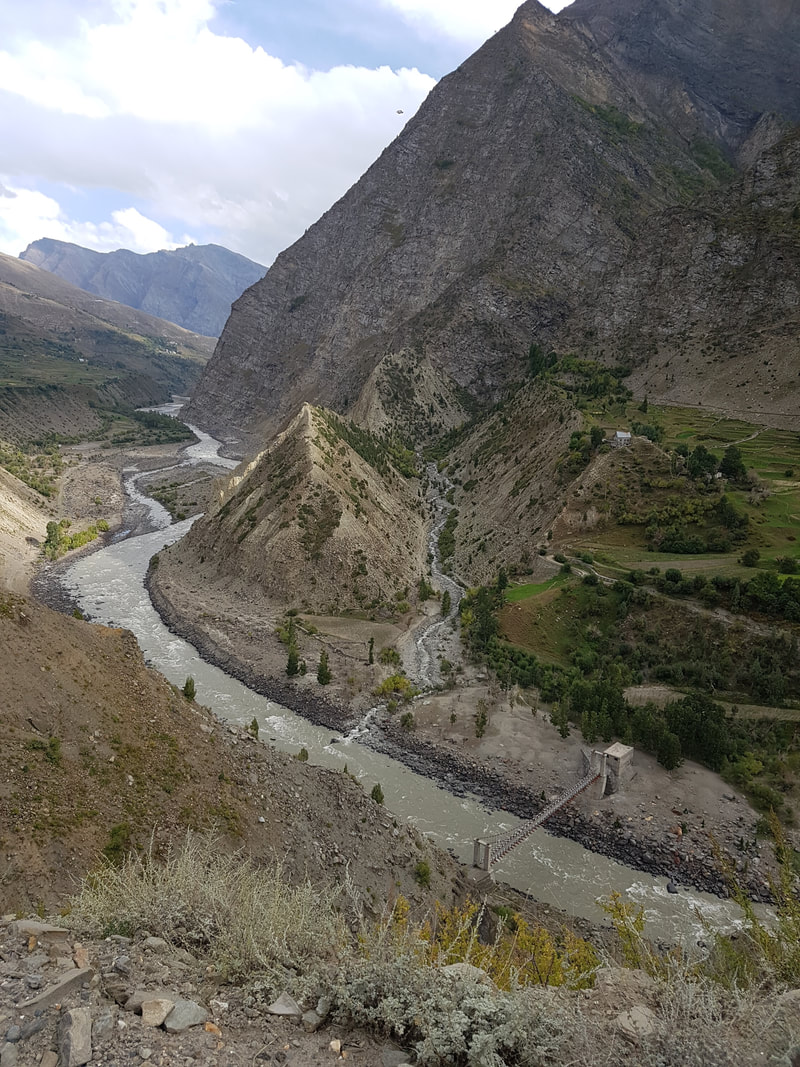 Back on the Chenab valley! So beautiful! The two of us are on a journey to see unexplored Ladakh. Firstly, I wanted to see the other end of the Killar Keylong road which we could not do due to bike issues of Del and Adi 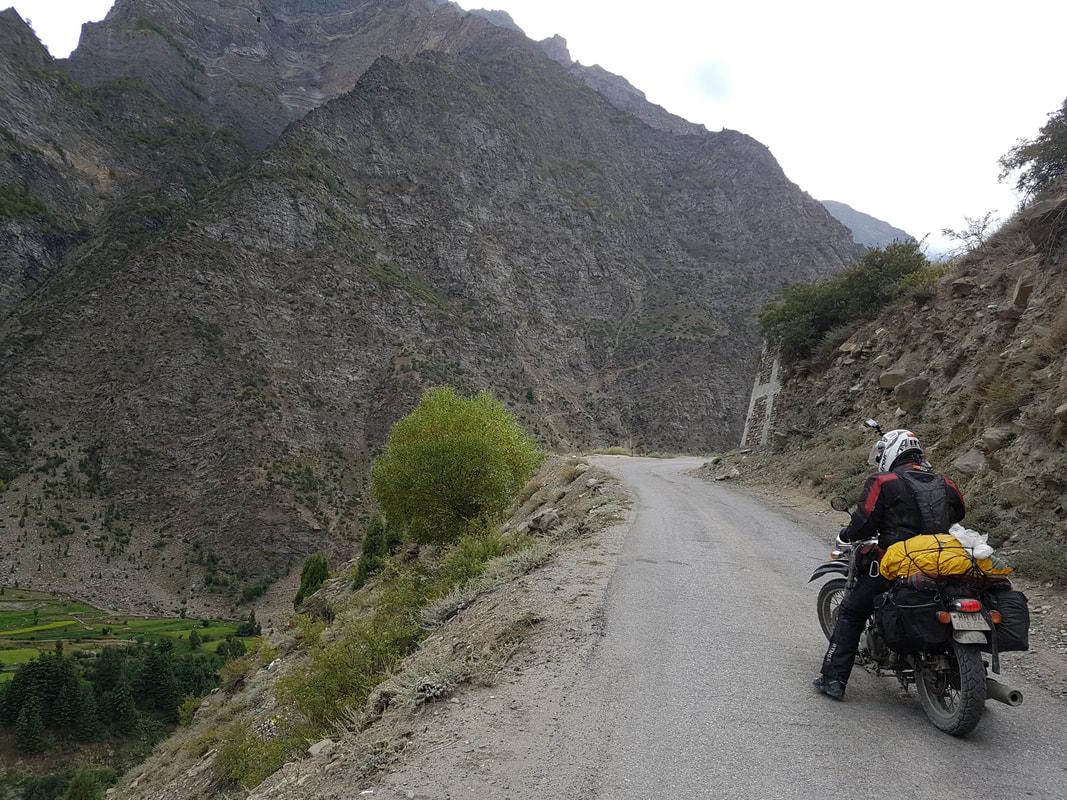 Fertile green fields in some places break up the arid landscape. This road was good for some time, and then became worse and worse. 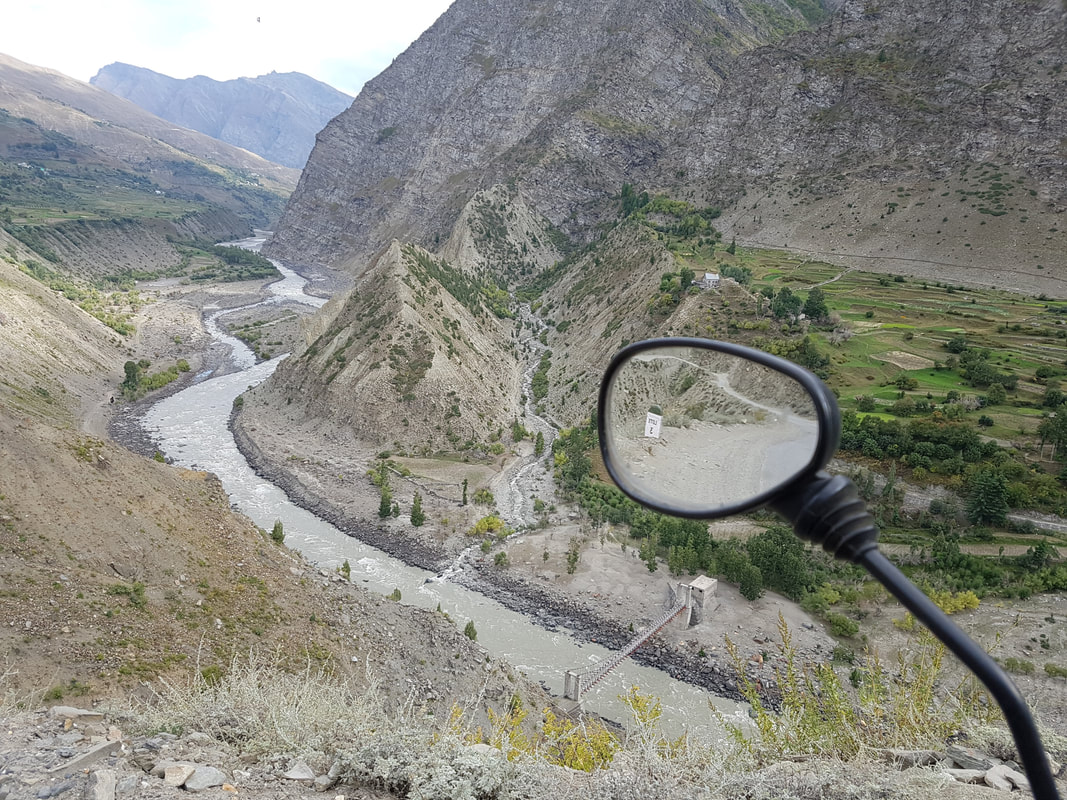 I had lost my bag and most of my worldly possessions at Rohtang, but who can be sad in midst of such beauty? 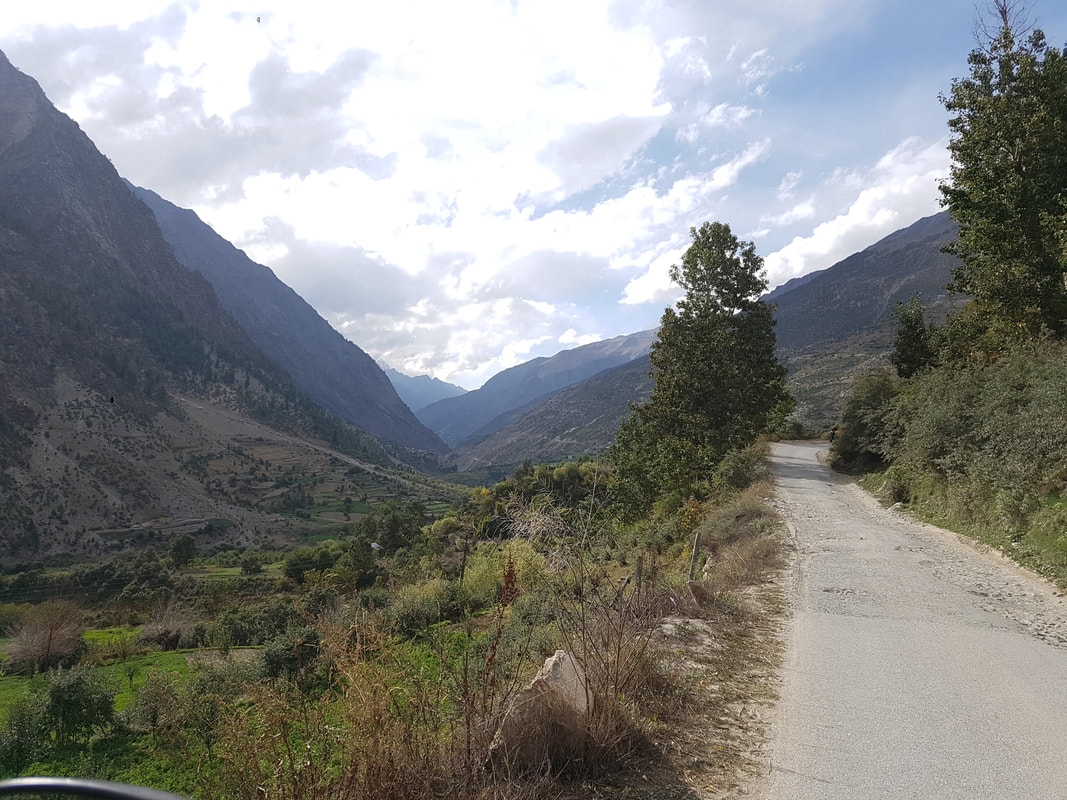 A poet could not be but gay,
In such a jocund company:
I gazed'and gazed' but little thought
What wealth the show to me had brought: 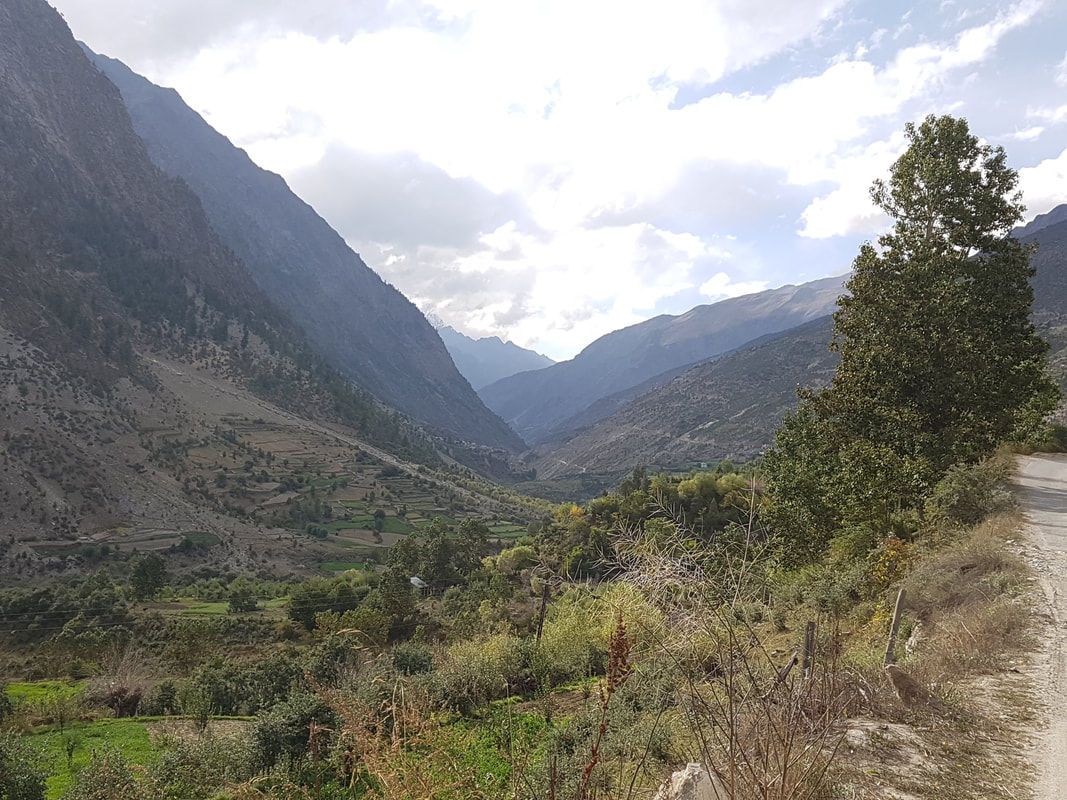 ​For oft, when on my couch I lie
In vacant or in pensive mood,
They flash upon that inward eye
Which is the bliss of solitude;
And then my heart with pleasure fills,
And dances with the daffodils. 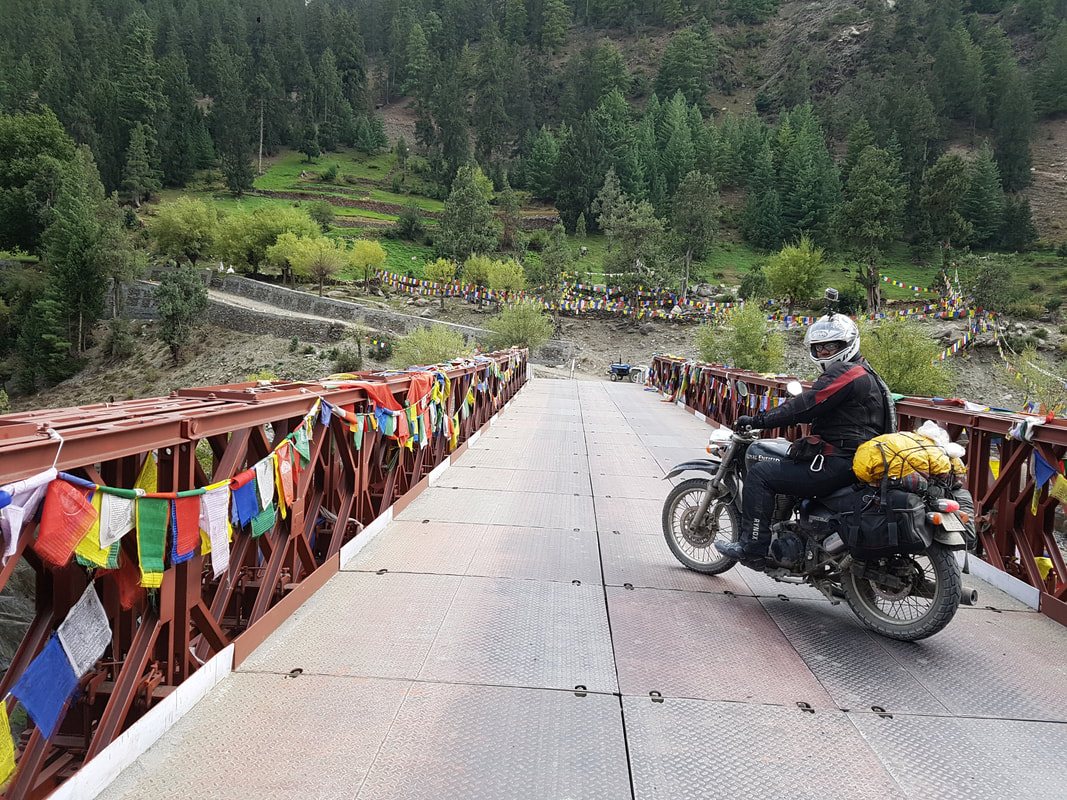 The turn-off to Trilokinath. As it was too late now to go all the way to udaipur and return, we decided to visit only Trilokinath and drop Udaipur altogether 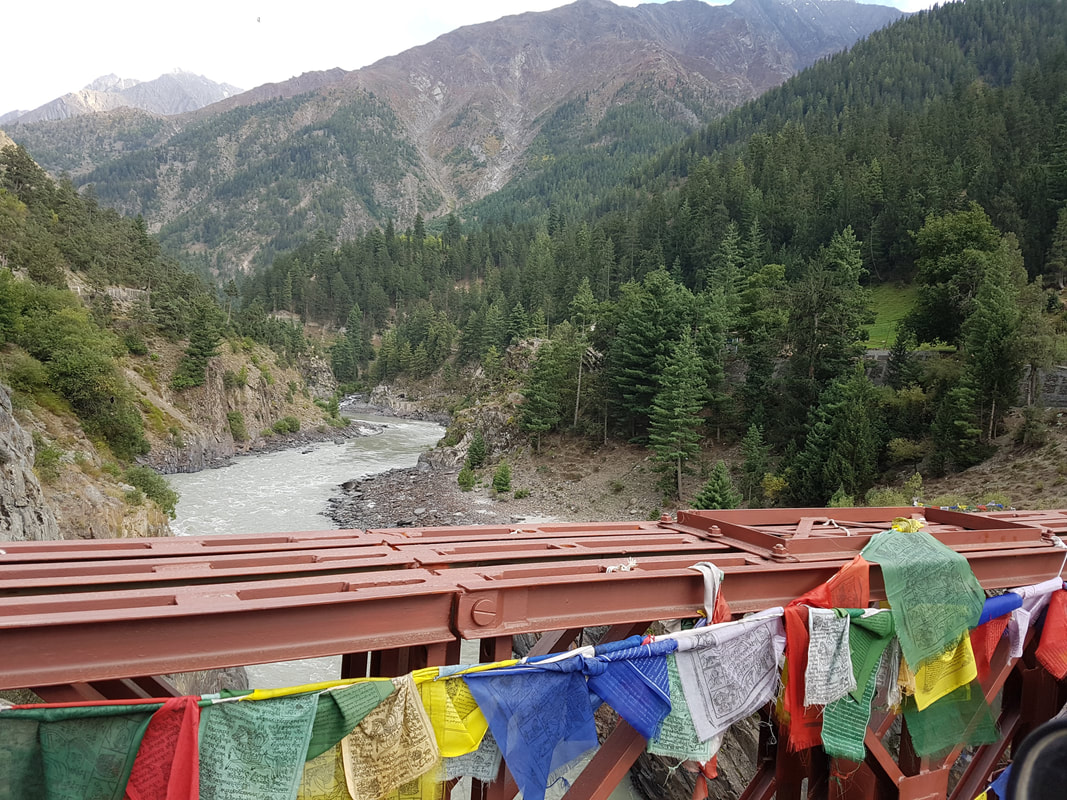 I love bridges! There is something spiritual about a bridge over a happy river 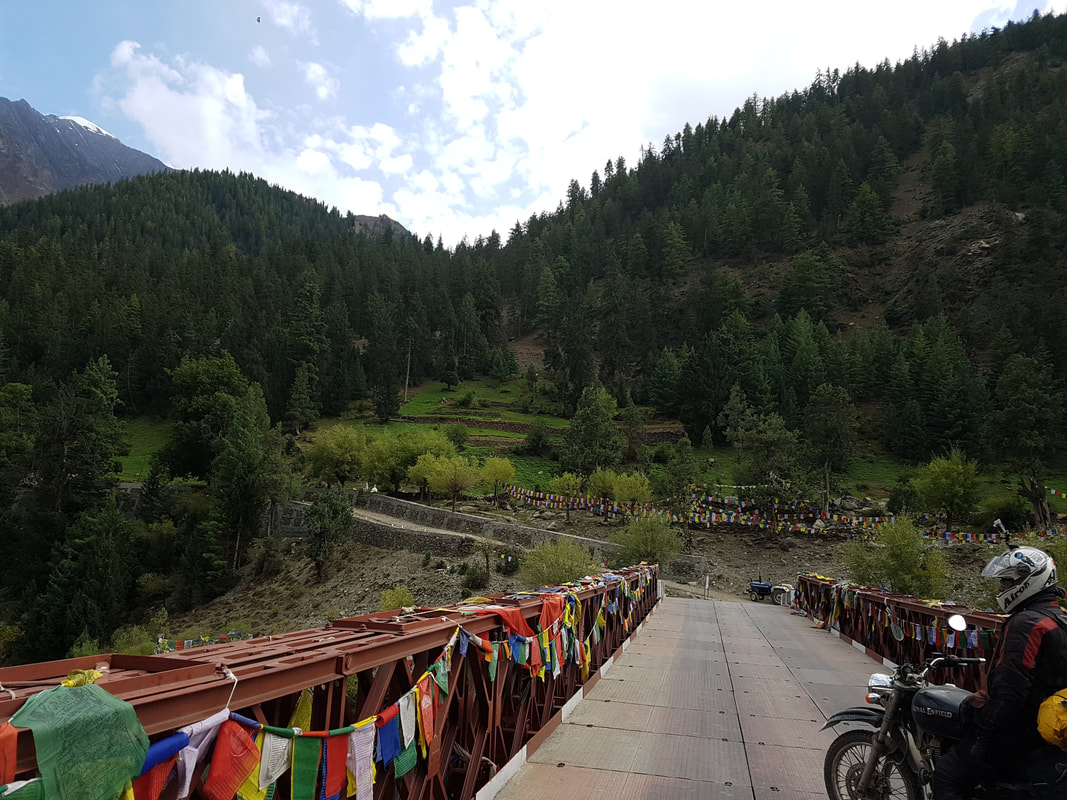 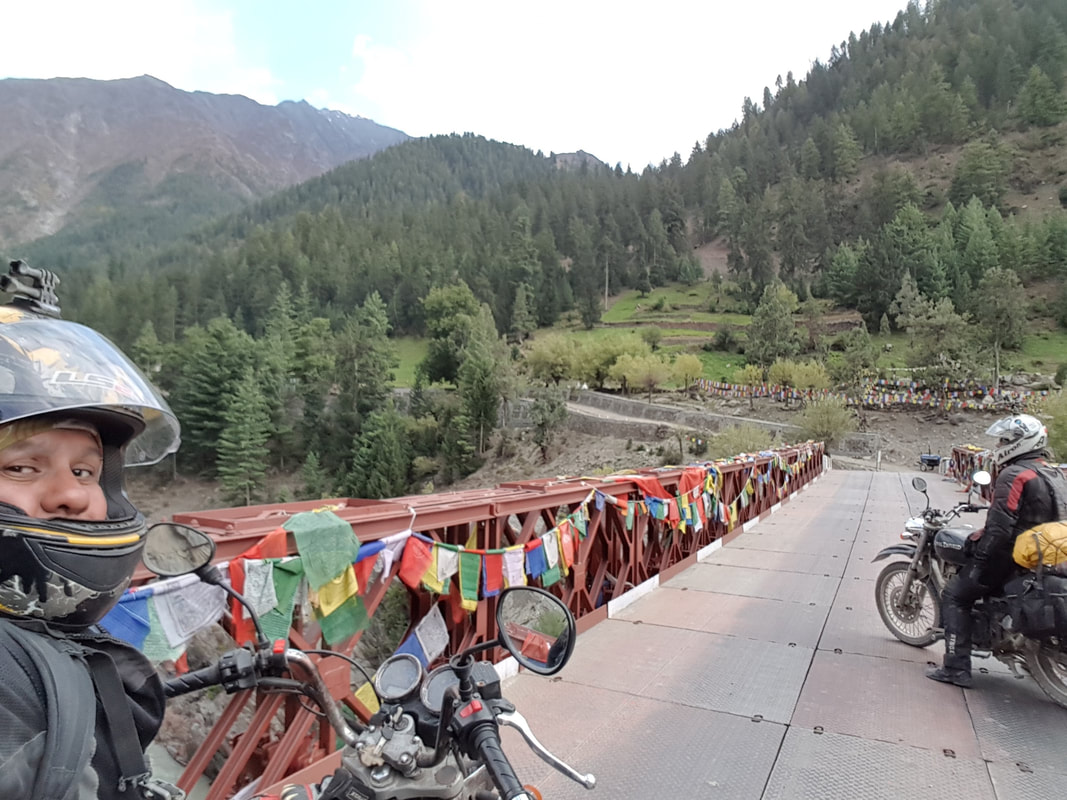