As I mentioned in the book, going to the Kumbh mela was a spur of the moment trip. I wanted to go, but was not getting around to it. Suddenly I got an interview call to Delhi, and thus the Mumbai Delhi Mumbai flight was taken care of! I gave the interview, went to New Delhi railway station and boarded an unreserved train for Allahabad and had to spend a freezing night sitting outside the toilet in the train!
But alls well that ends well, and I managed to wend my way to the Kumbh Mela site 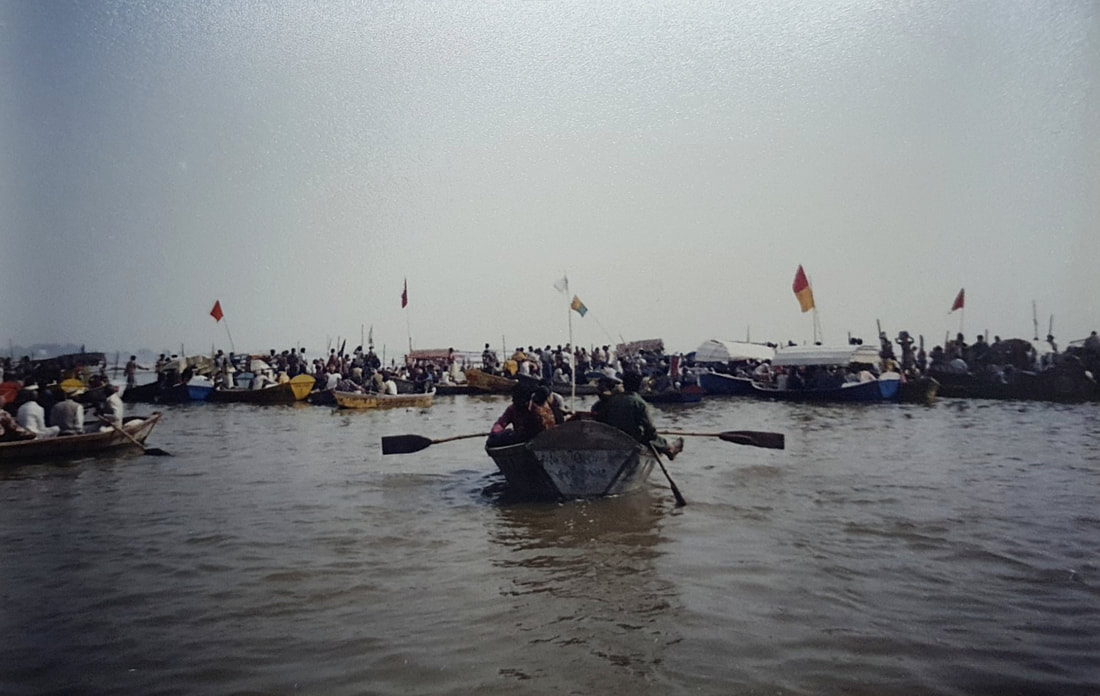 The actual nerve centre of the mela is the meeting point - the sangam -  of the Ganga and the Yamuna - and the mythical Saraswati - rivers. The boatmen take the pilgrims to the sangam point in boats and pilgrims strip off and have a holy dip there. 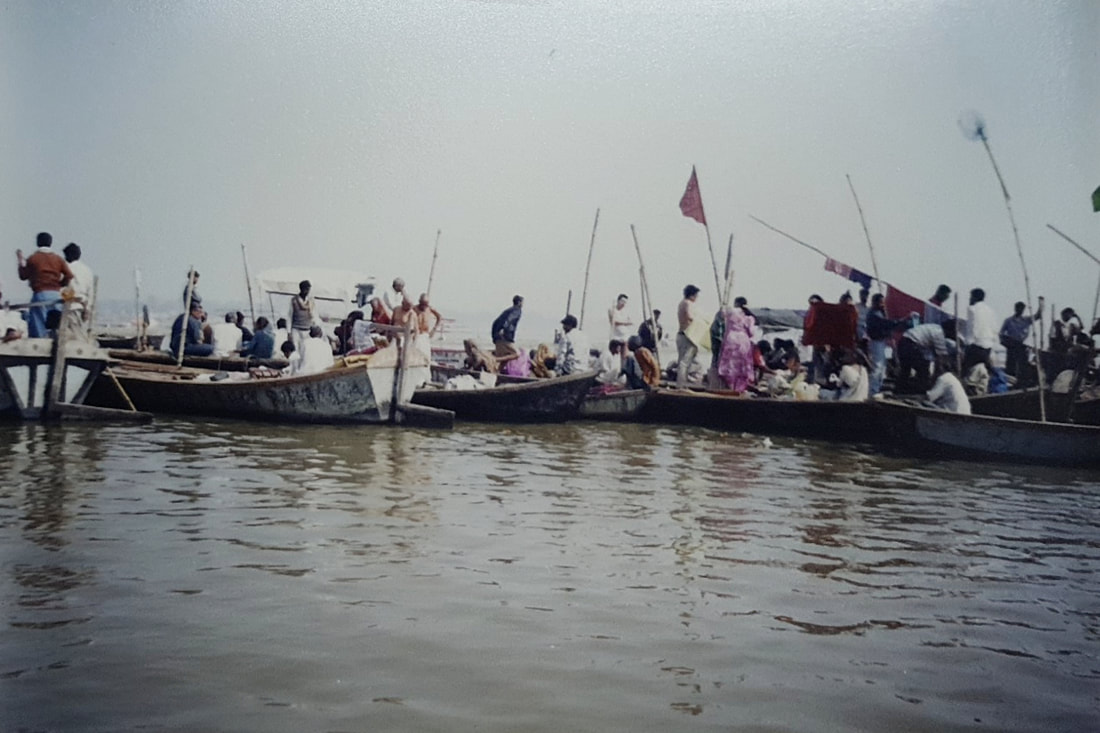 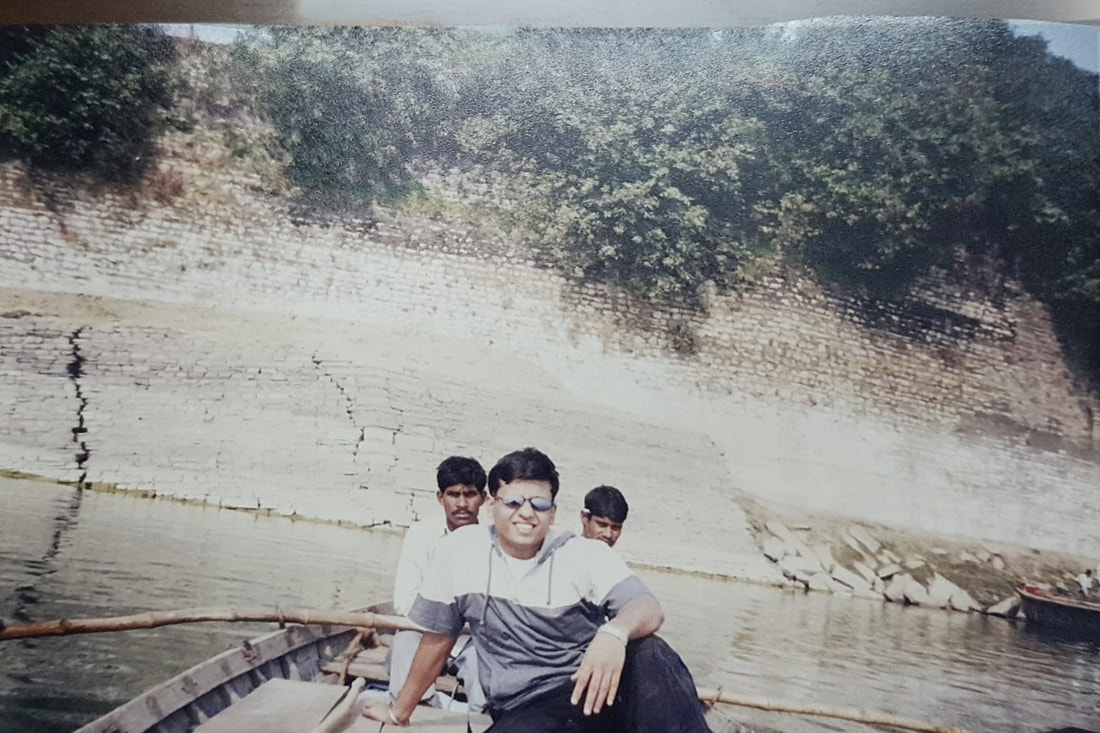 I also went there, but did not take a dip... something that foxed the boatman completely. I was worried that the boatman might slip off with my clothes, and I would end up a naked sadhu on the ghats. 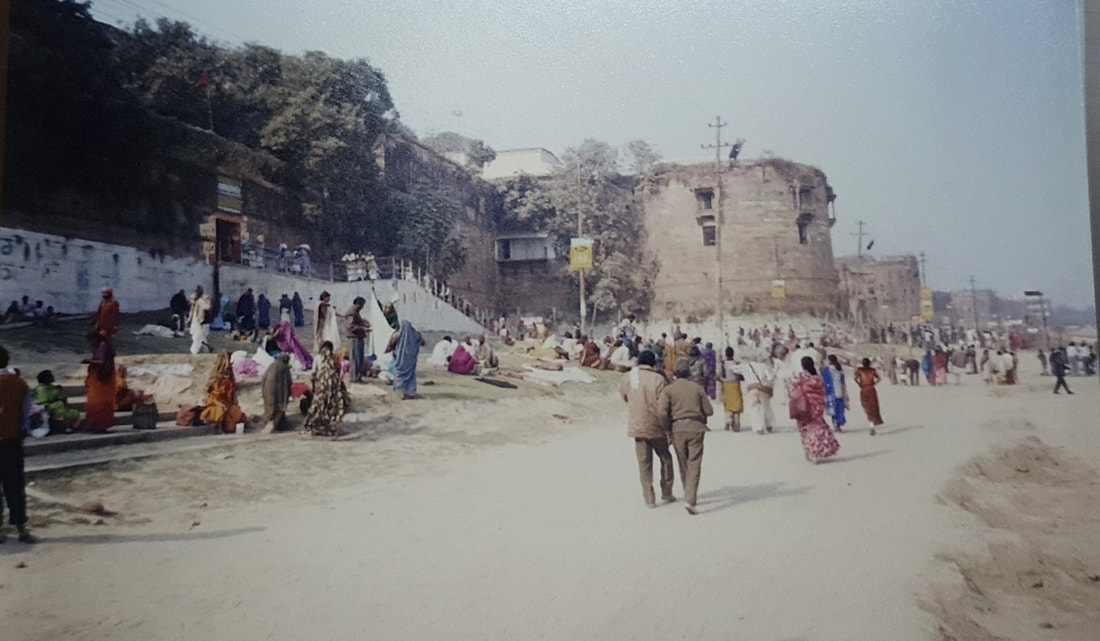 The Allahabad fort dominating the sangam area. This was a very important strategic fort for all rulers, and even now is occupied by the Indian army. They store their ammunition there - and will shoot you if you try to enter. Pilgrims are only admitted to see a holy tree and a Hanuman temple. 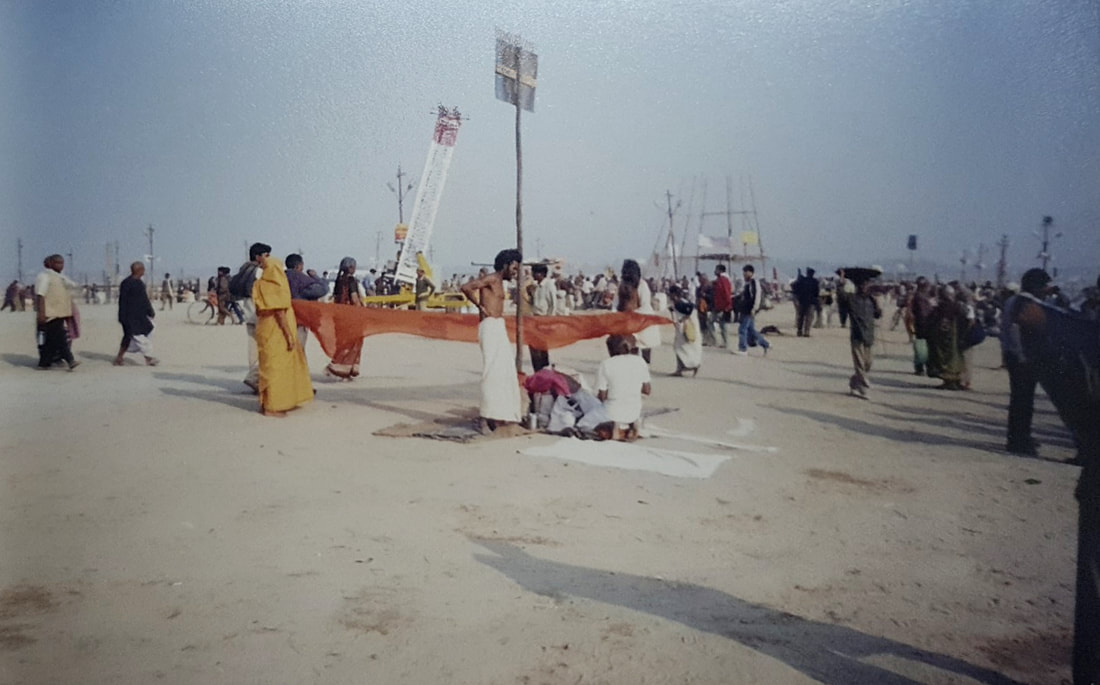 Pilgrims drying their clothes after a holy dip 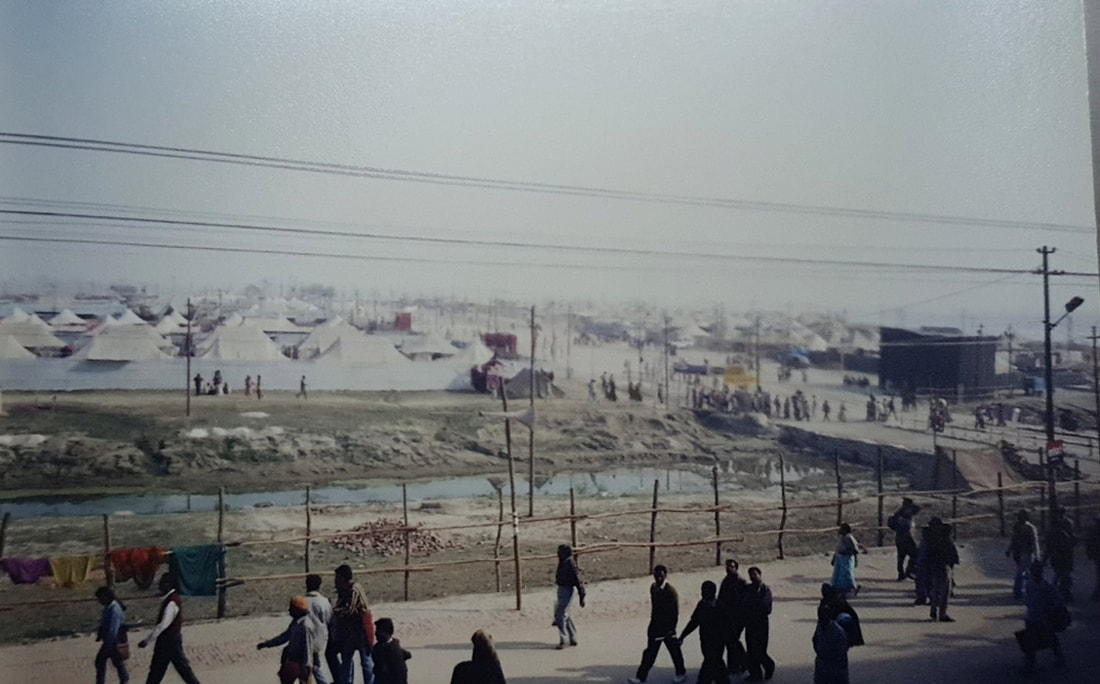 The Kumbh village - the government arrangements were very impressive 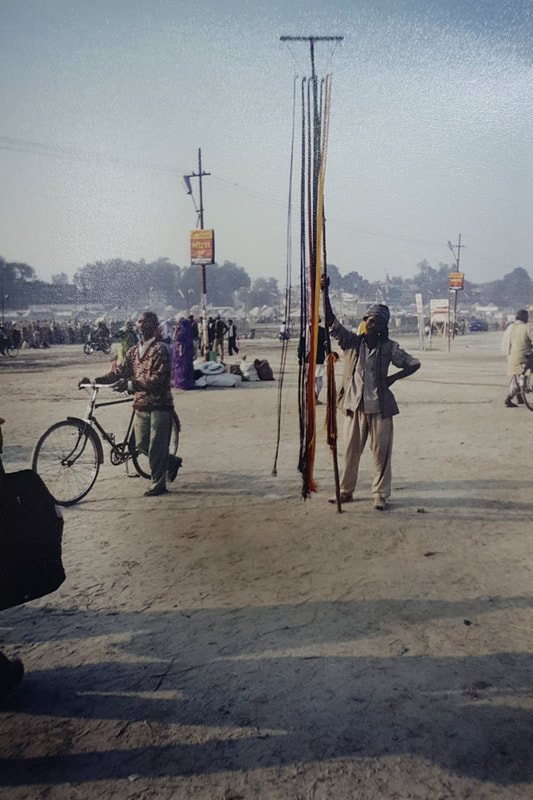 I dont know what he is selling - but its something very long indeed! 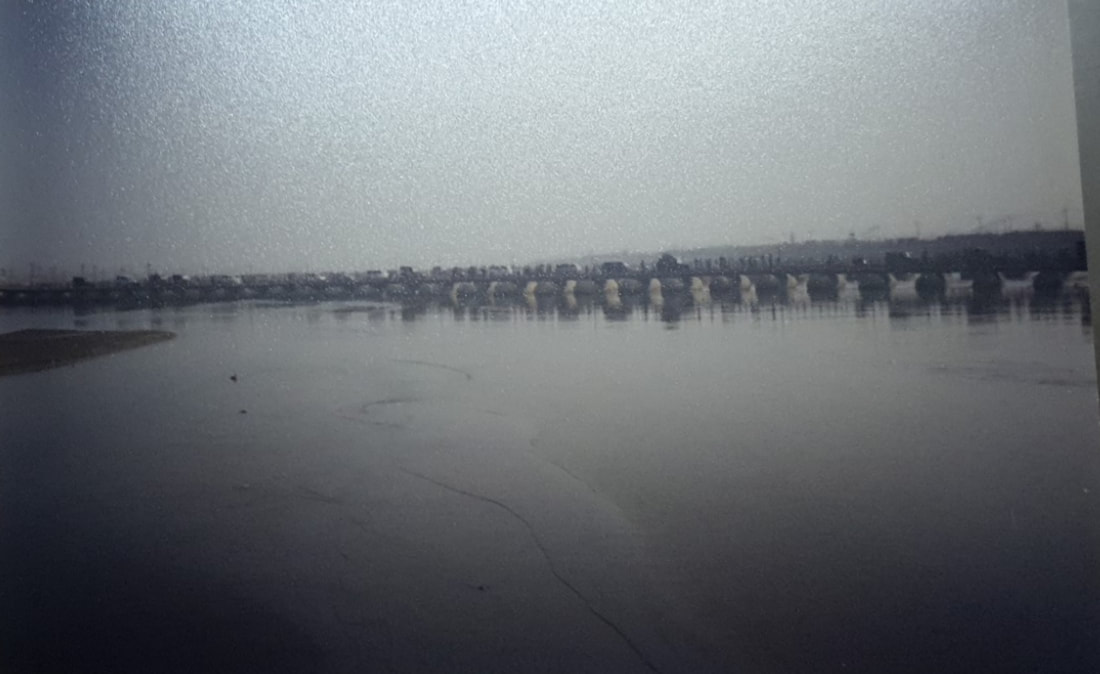 Temporary Pontoon bridges across the river 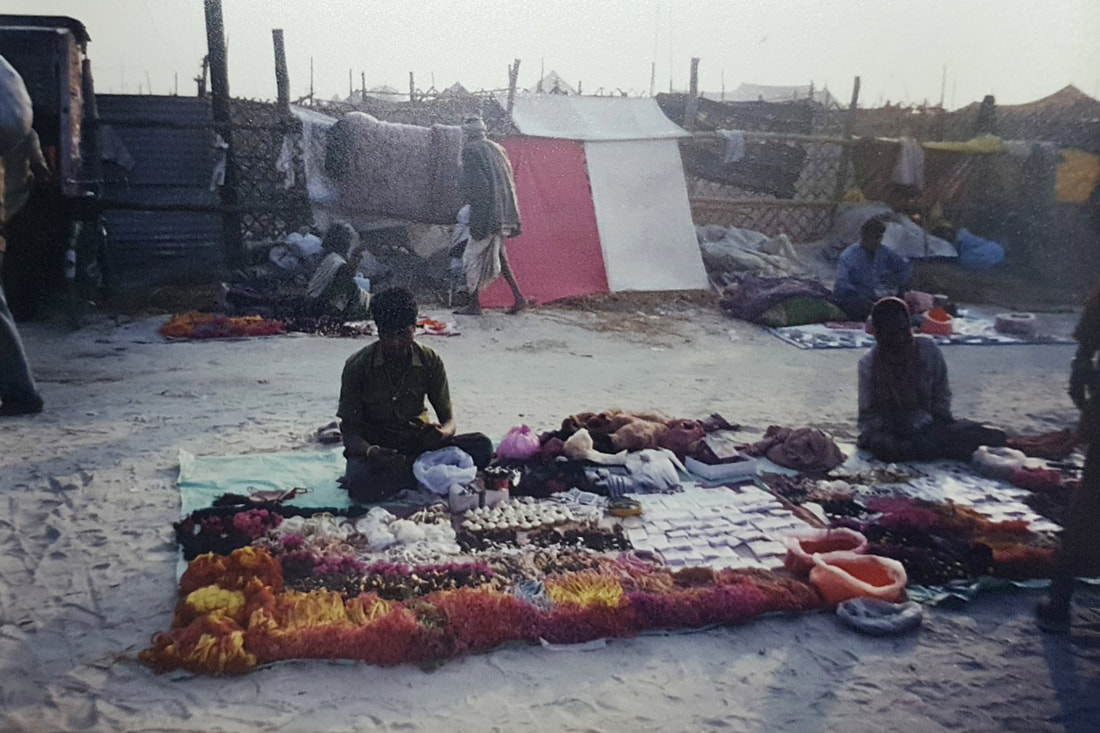 This guy has a varied stock of religious items 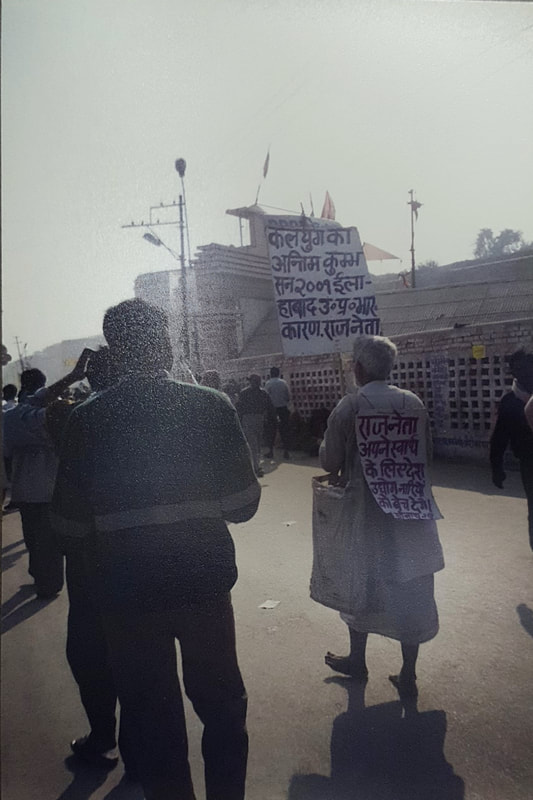 THE END IS NIGH... this guy is carrying a board saying that this will be the last kumbh, due to the sins of the politicians 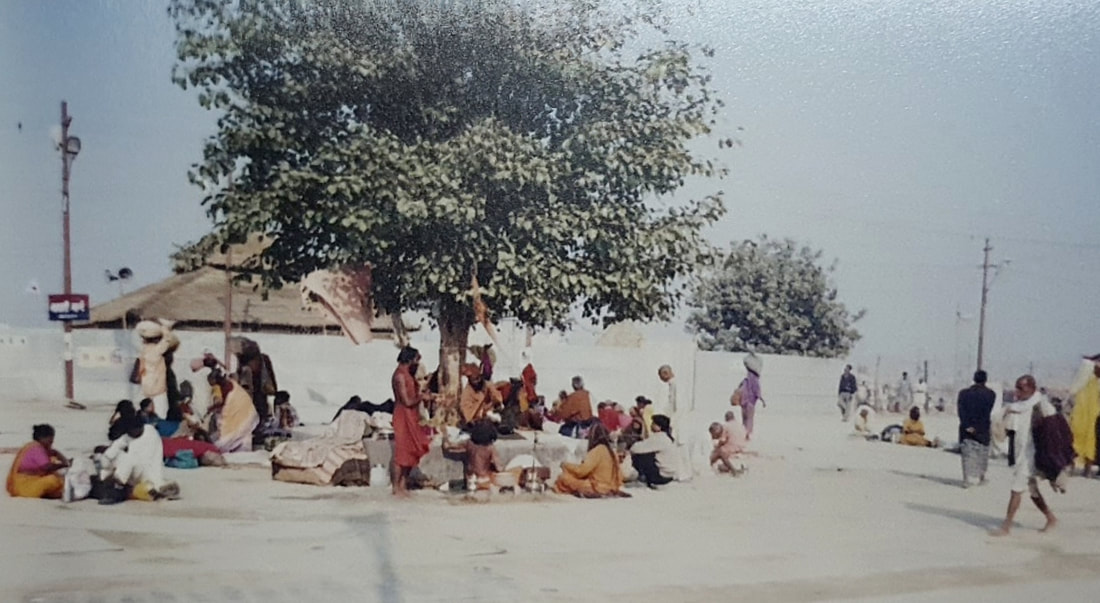 Sadhus gather for the month of the Kumbh 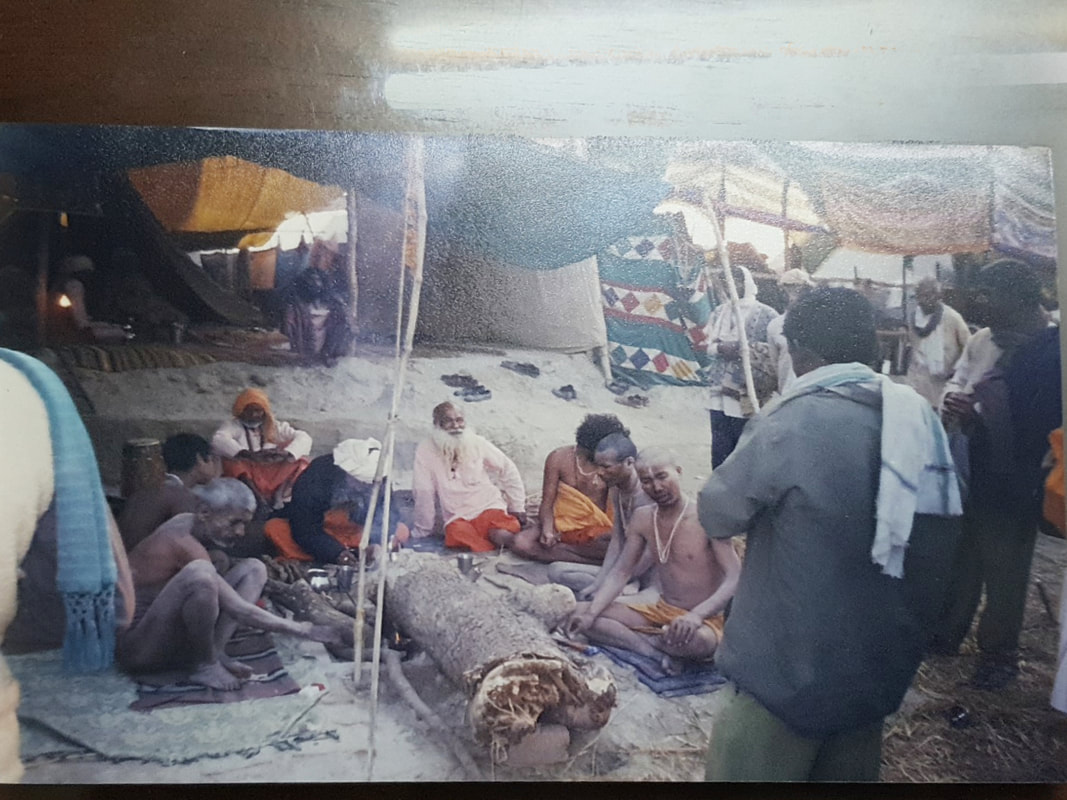 Traditionally, the babas would set up their campfire - baba ki dhuni - wherever they stopped, and locals would come over to offer some food and money and take blessings and advice 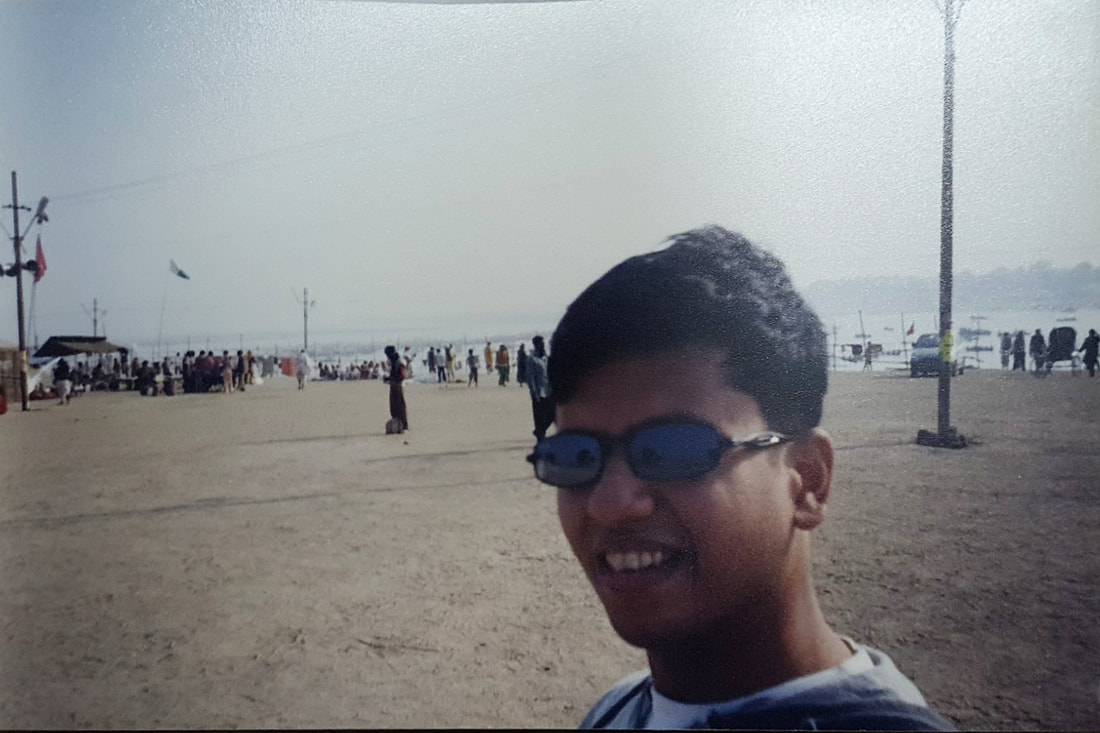 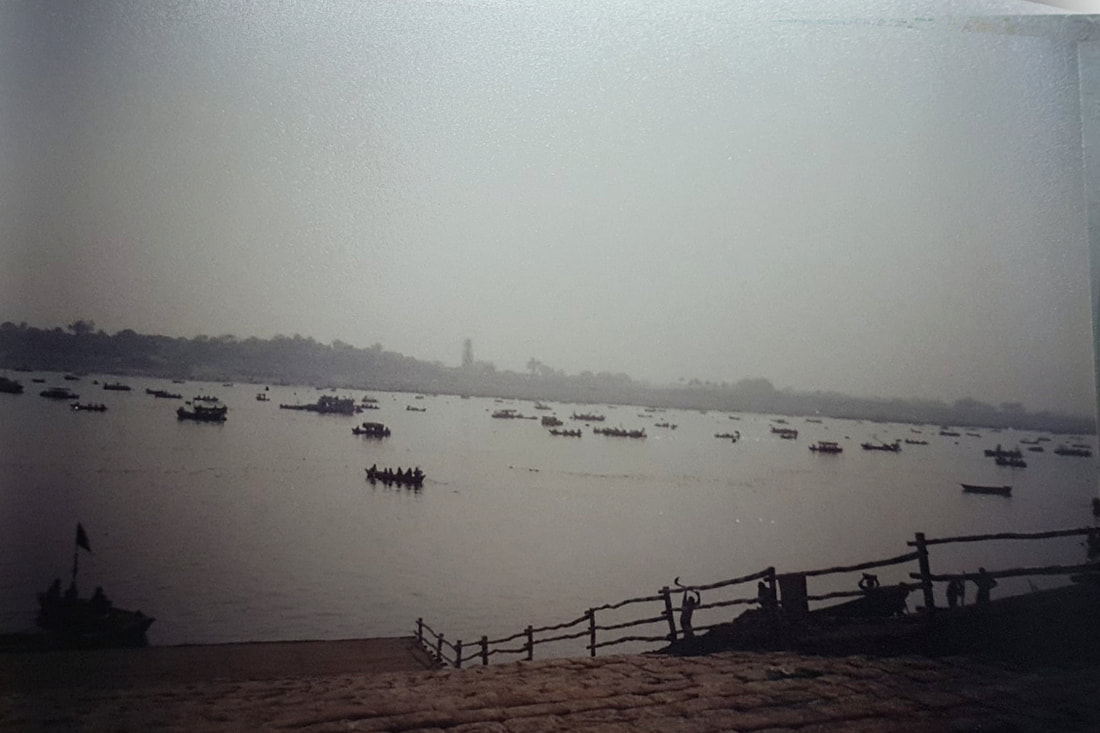 Boatwalas come from far away places to take advantage of the mela - and indeed offer an invaluable service to all pilgrims. 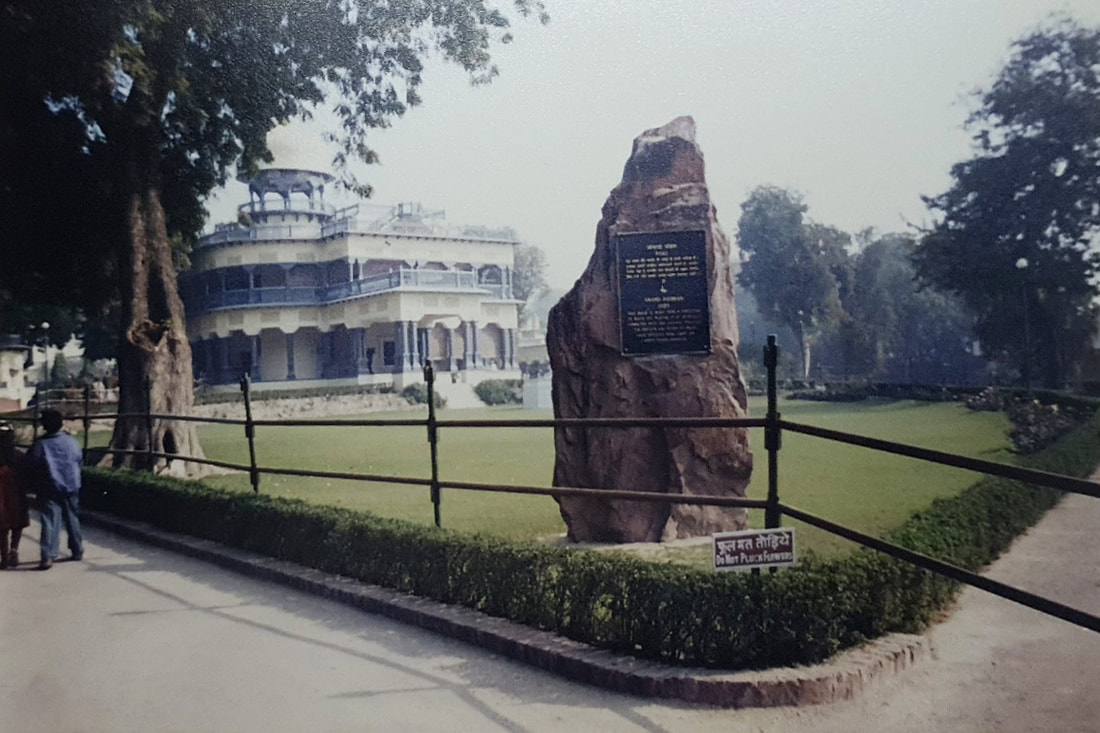 Allahabad has contributed an amazing amount of political bigwigs to the country - and has the ancestral home of the Nehrus - a family that has contributed 3 Prime Ministers to India so far. 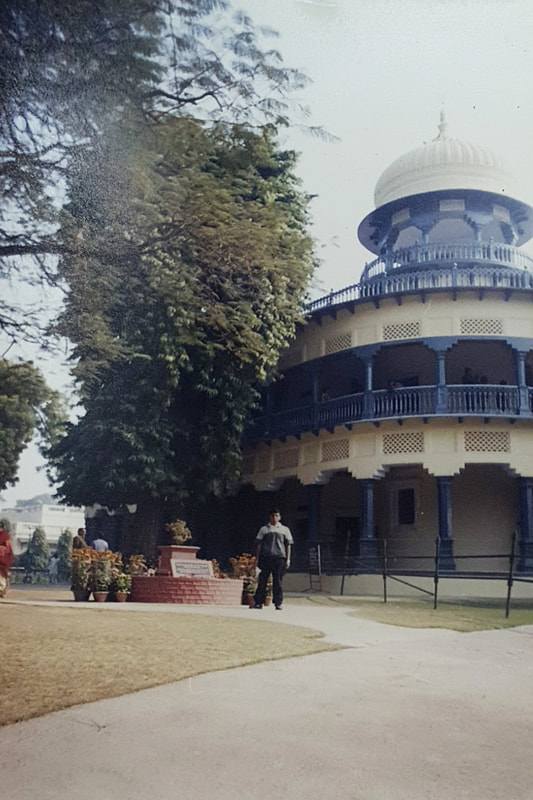 The two buildings host memorials to two PMs - One to Jawaharlal Nehru where a lot of his belongings and living areas are on display - and one to Indira Gandhi, which has a collection of wonderful photographs of her life.
East India trip
Benares and Sarnath