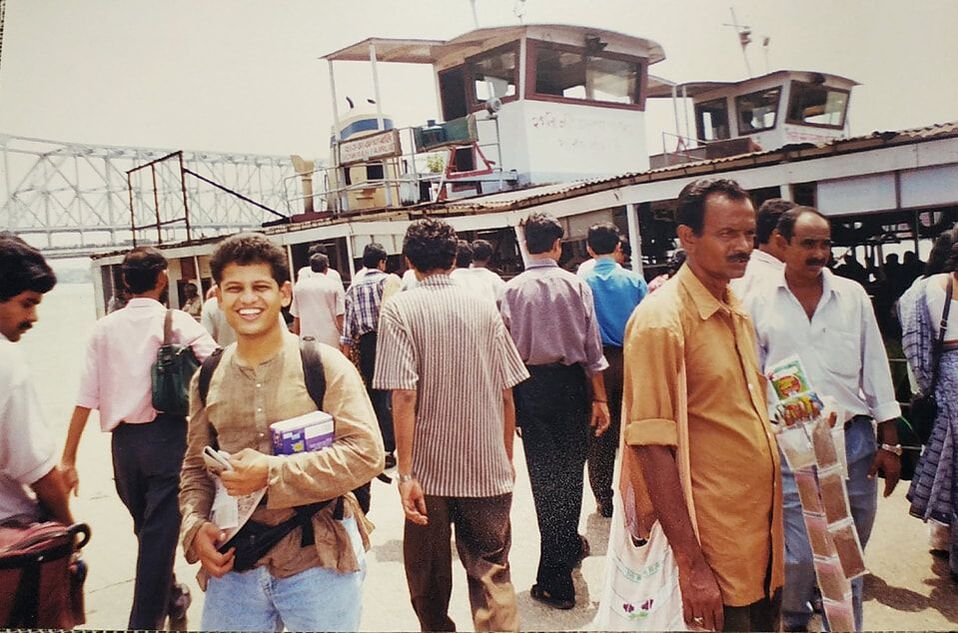 Backpacker in Calcutta! Note the 'counter-culture' dress...the torn kurta and jeans, the Lonely Planet cradled in hand, the Hooghly ferry and Howrah bridge in background... 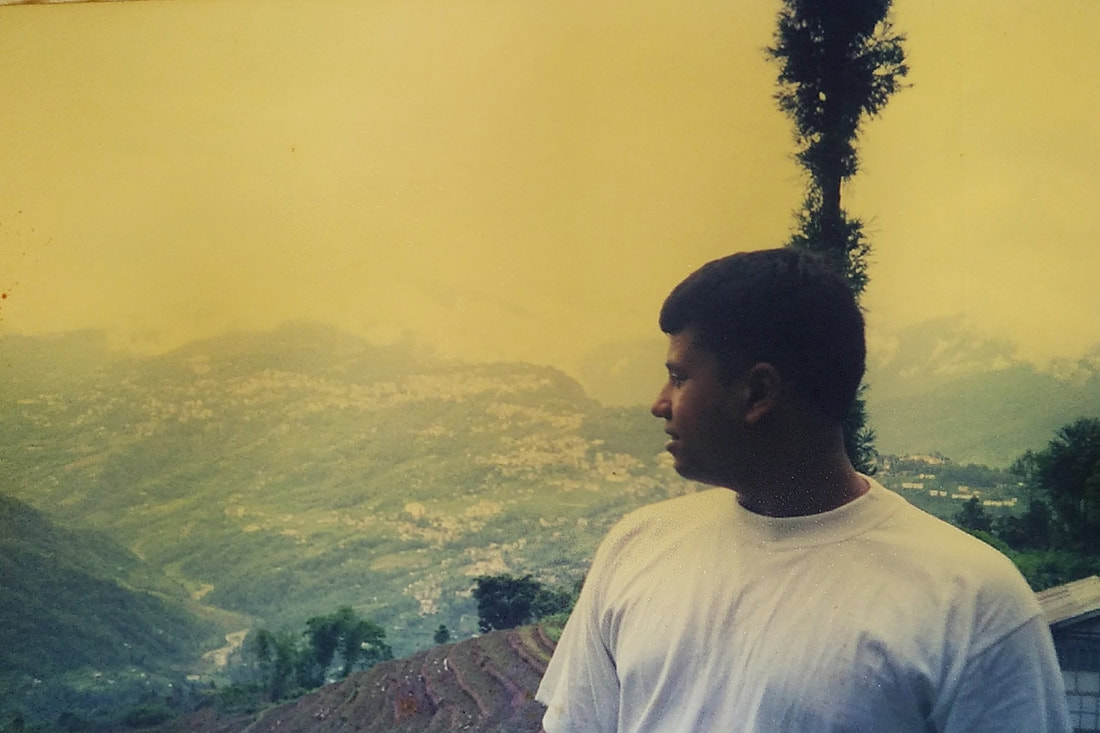 We leave the plains and go to Sikkim. What a beautiful place it was. 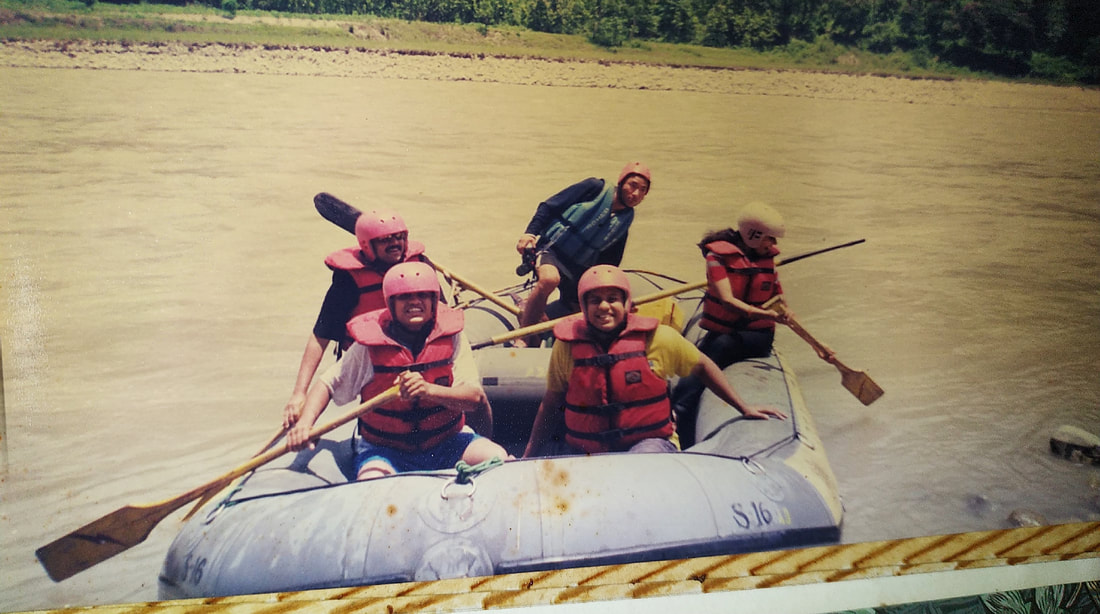 We found a sweet deal on river rafting in Sikkim. Whole raft for two us and a random honeymooning bengali couple! 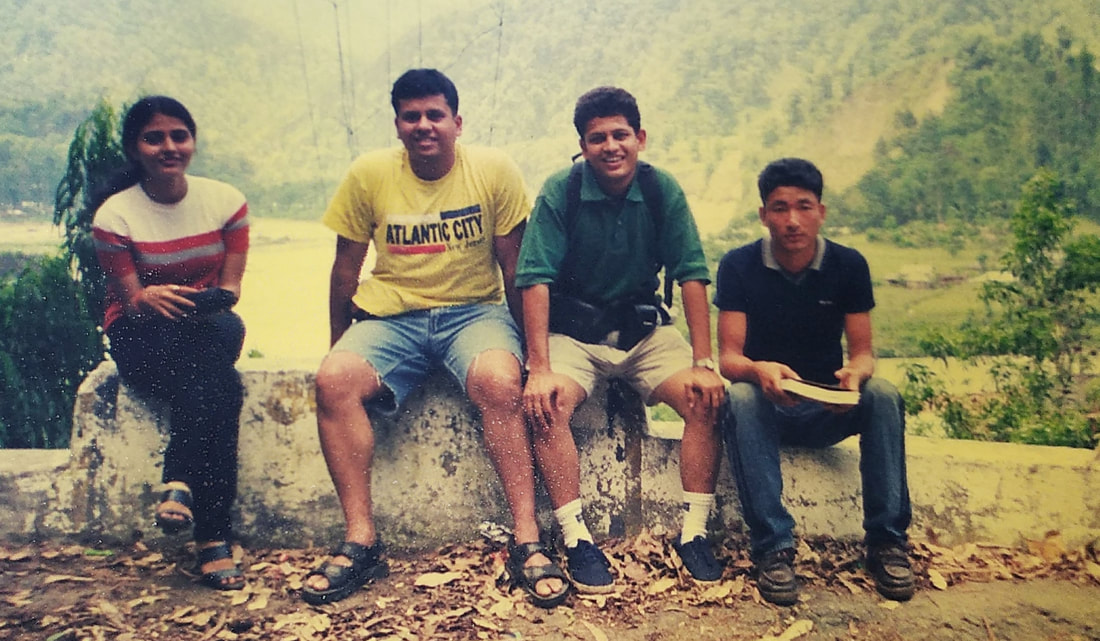 Wise lady keeping a good distance from scruffy backpackers, inspite of new hubby imploring her to come closer for photo. 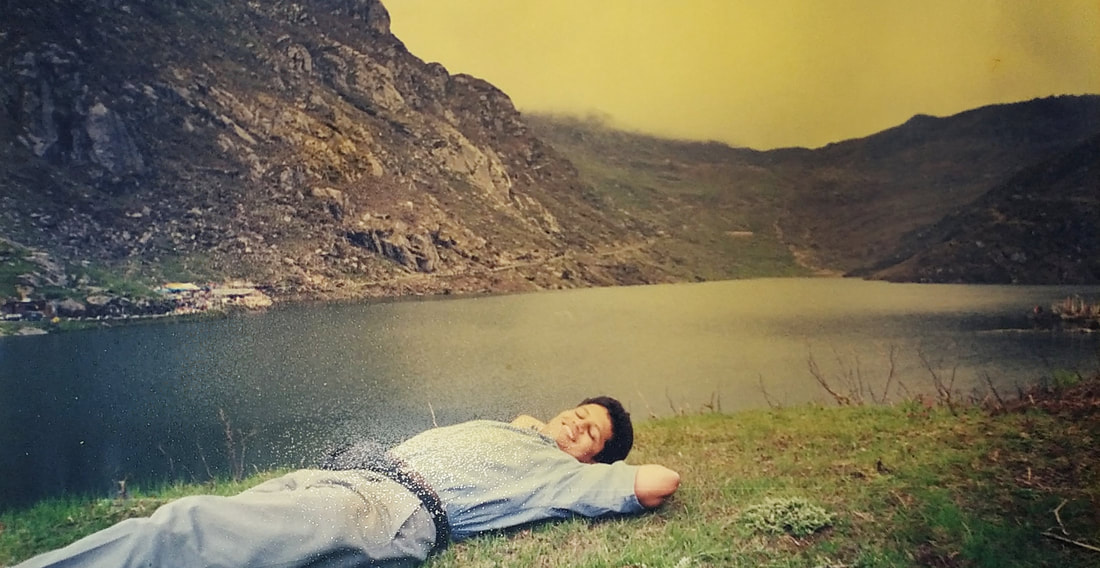 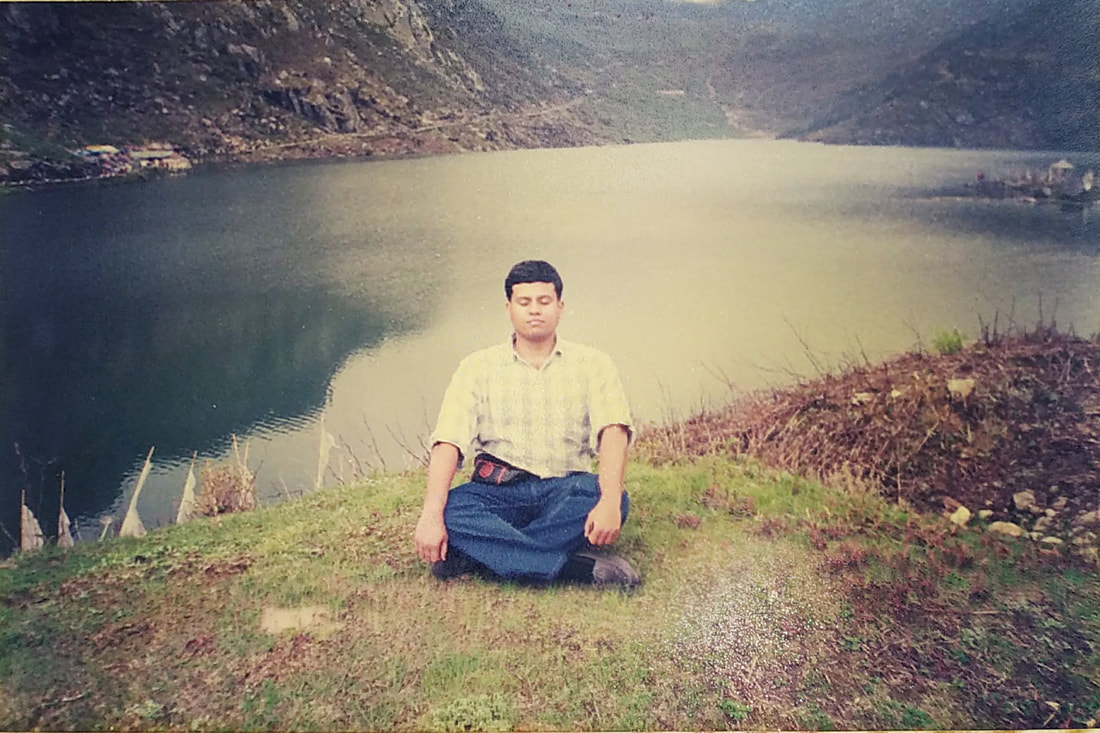 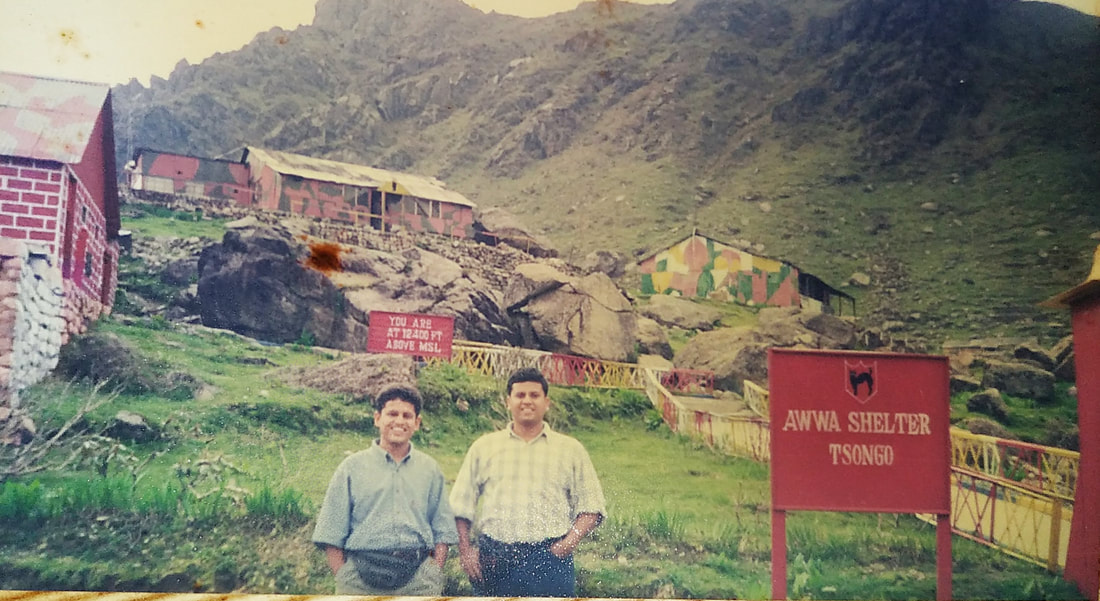 Suddenly there was a huge crowd of Bengalis and Gujjus at the lakeside, all trying to outshout each other, so we beat a retreat to the other side 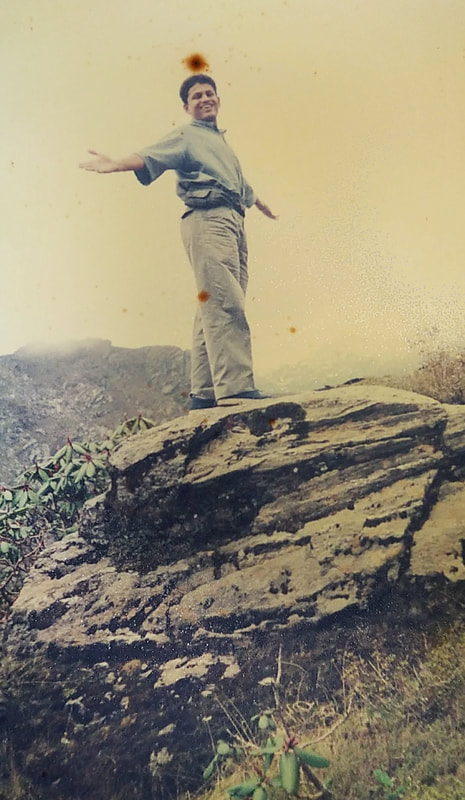 We found a deserted mountainside and had a lovely solitary walk up there. When we came down, we found that it was deserted because it had been mined during the war, and the mines had never been removed!
'Just last week a yak stepped on a mine and had it's leg blown off' a tea stall guy told us calmly.
Yikes 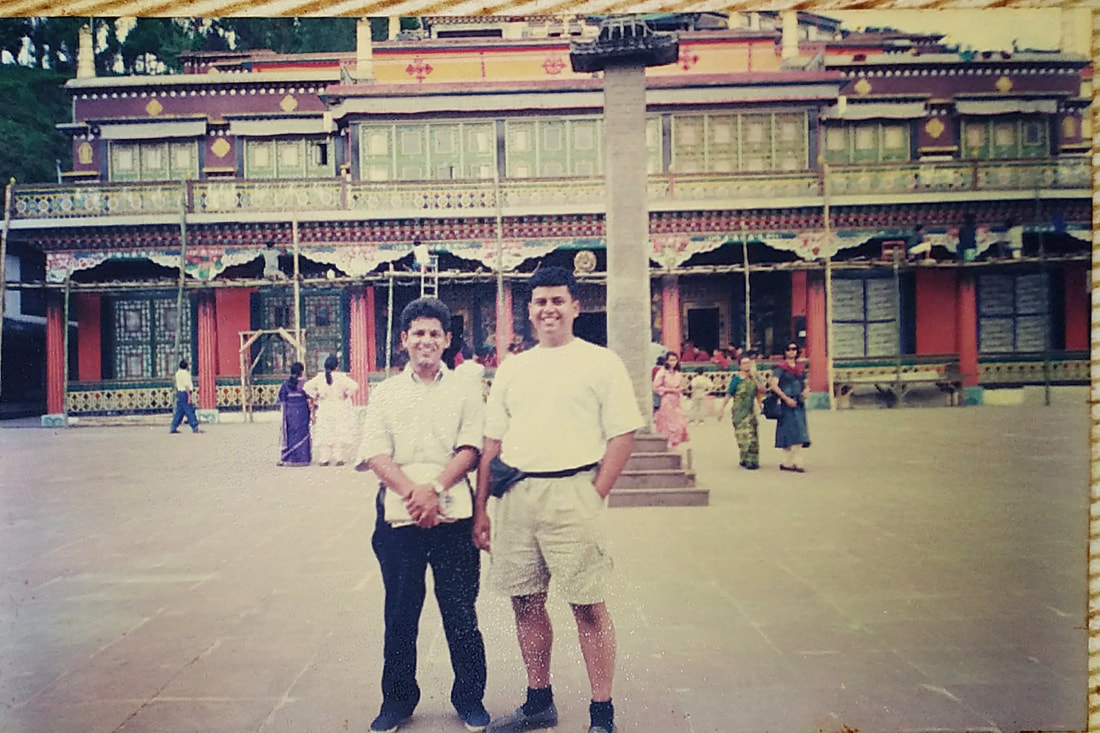 The Rumtek monastery. Do you know the connection between James Bond 007 and this monastery?
No? Read the book! HAHAHA 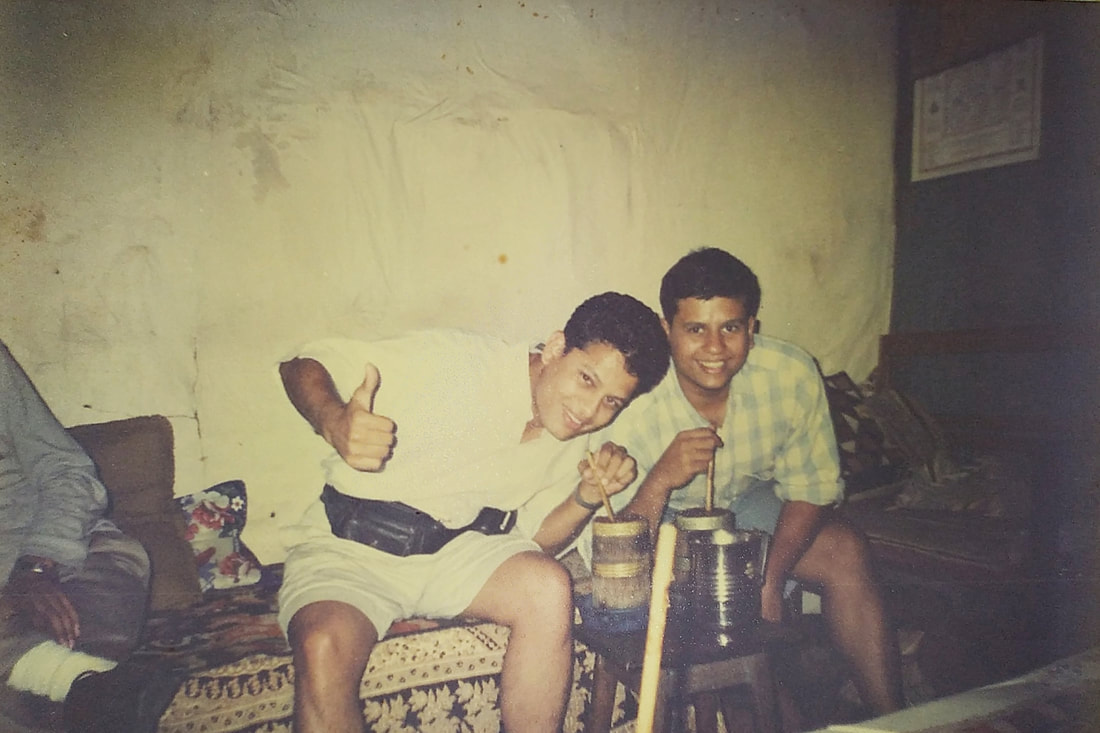 Local Booze! This is local millet beer. You pour hot water on to fermented millet and wait for it to release some alcohol and drink that. 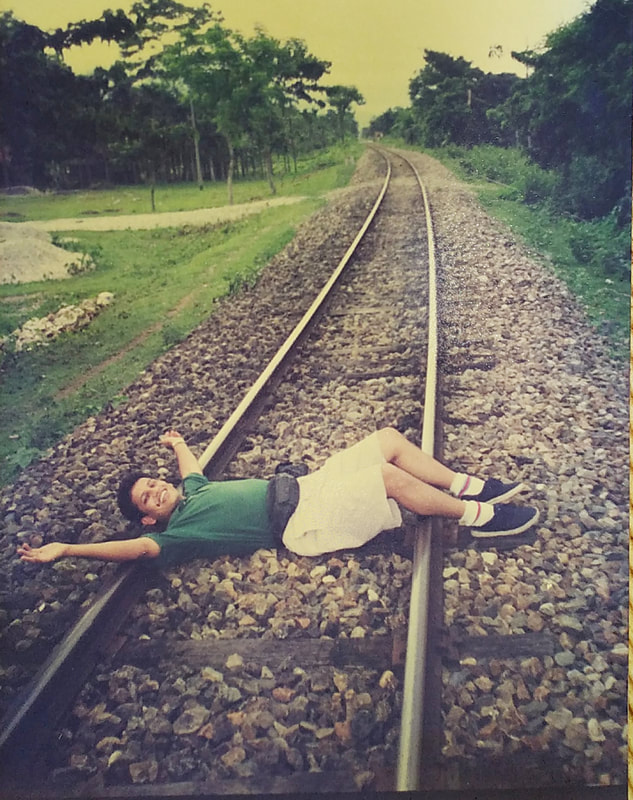 Madarihaat railway station, near Jaldapara. This narrow line is a remnant of one of British India's greatest railway achievements - the network of Bengal and Assam. Now in tatters, alas. 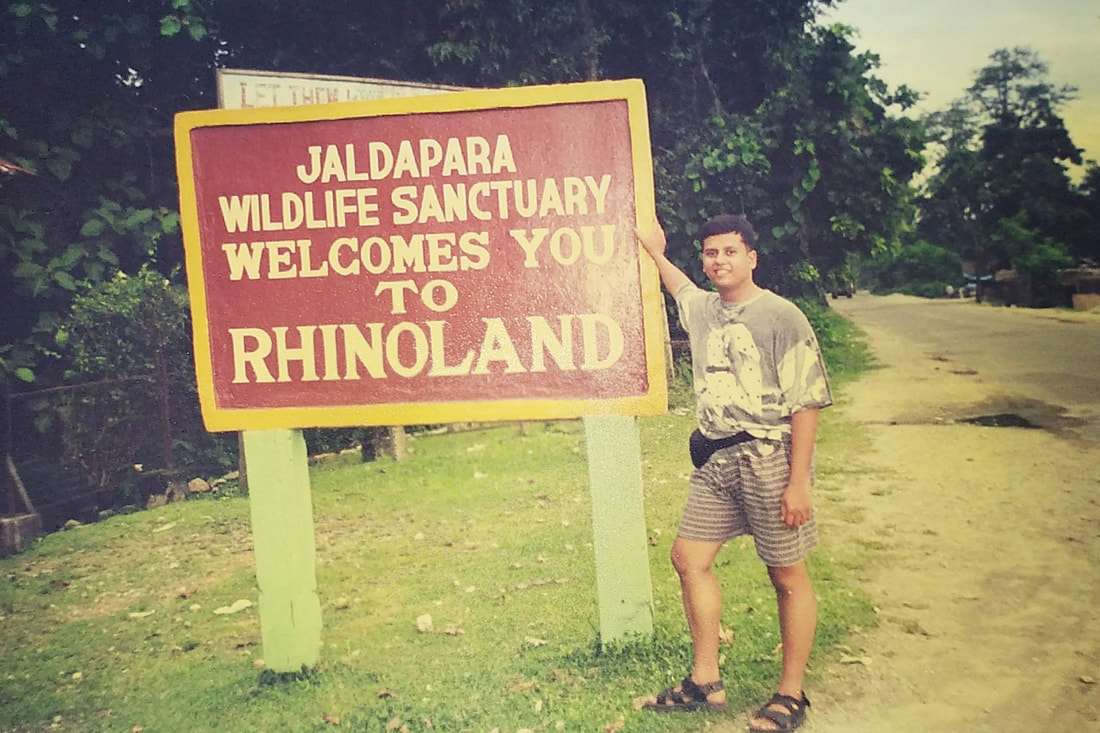 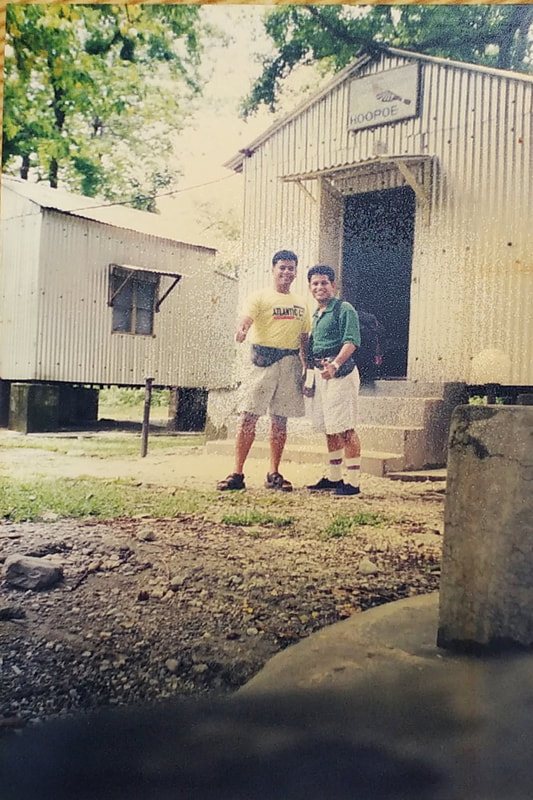 We randomly landed up at Jaldapara with no reservations, but the patron saint of idiots ensured that we got a nice little tourist bungalow. 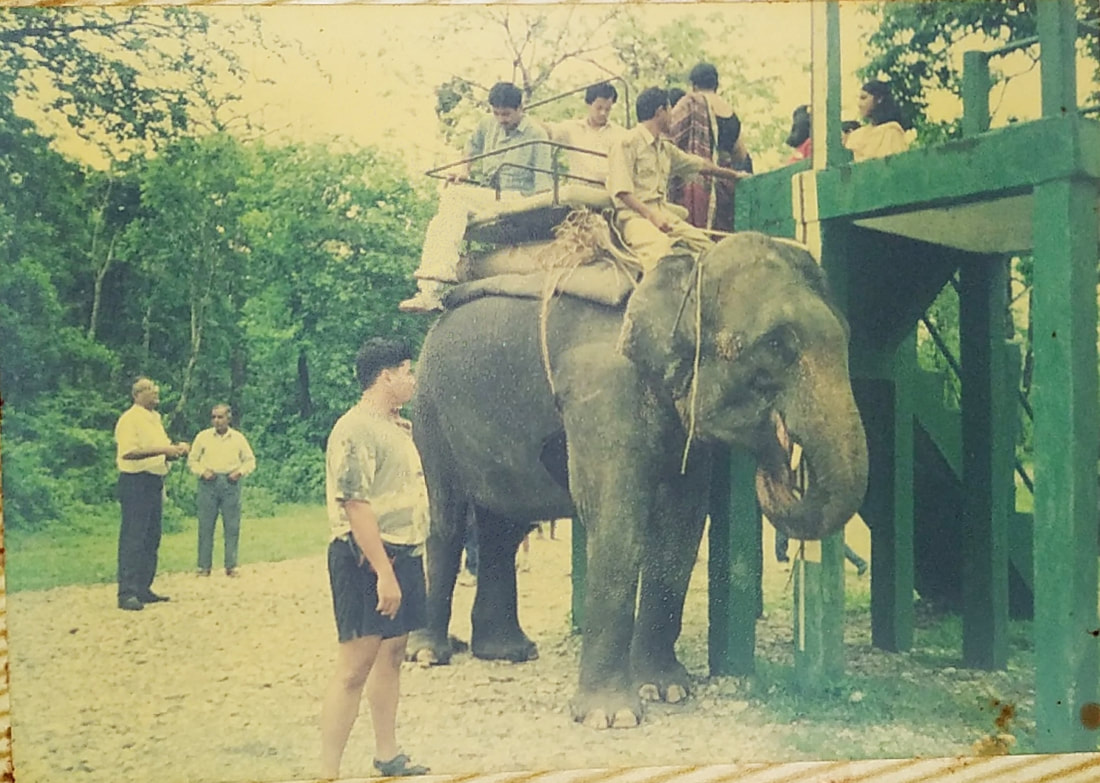 There were no motorable roads inside the sanctuary then...only navigable on elephant. The Q is...will the elephant take my weight? 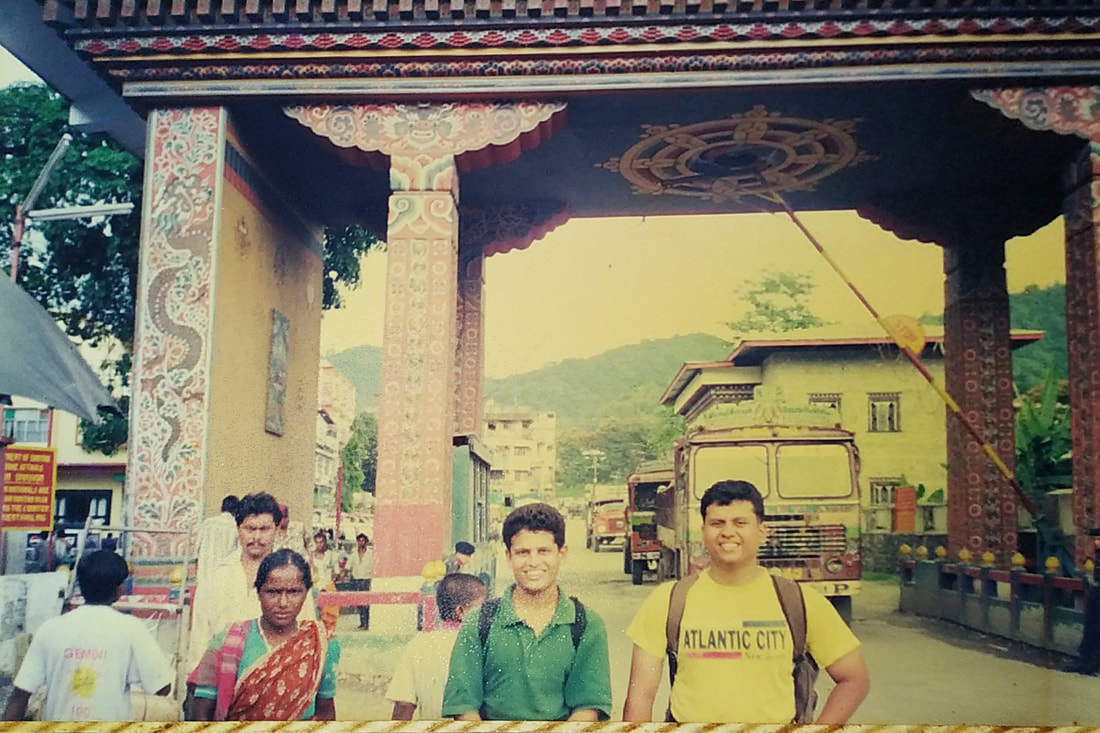 The famous Bhutan gate - border between India and Bhutan 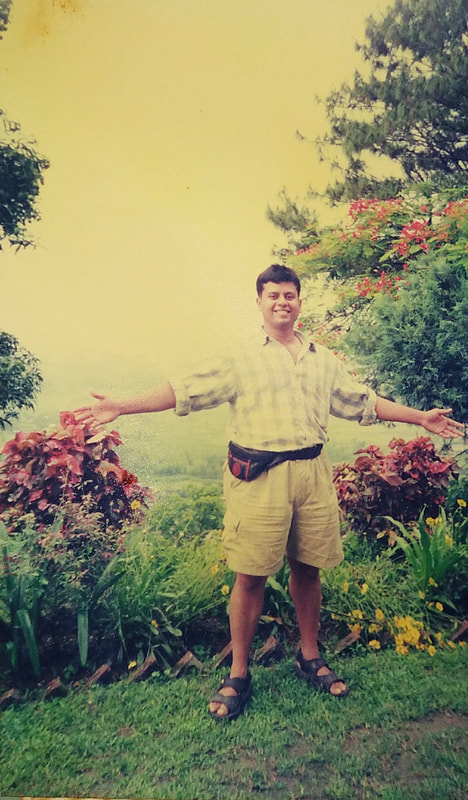 Beautiful Bhutan! What a place. Boy...See my waist pouch...how long ago was this? 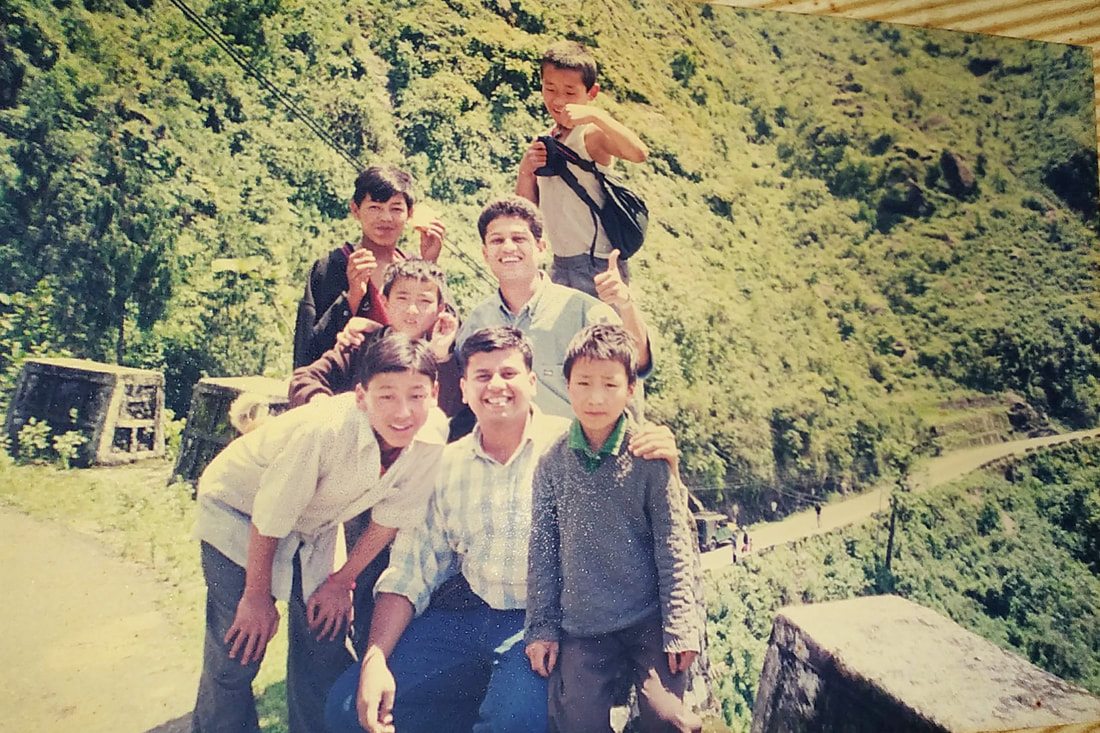 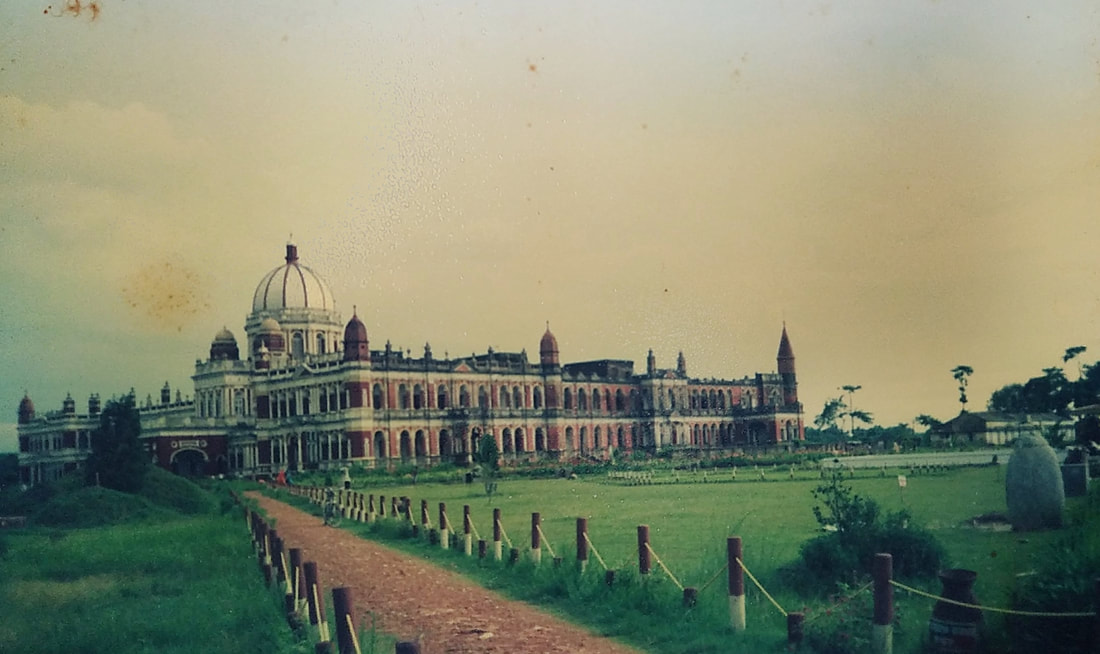 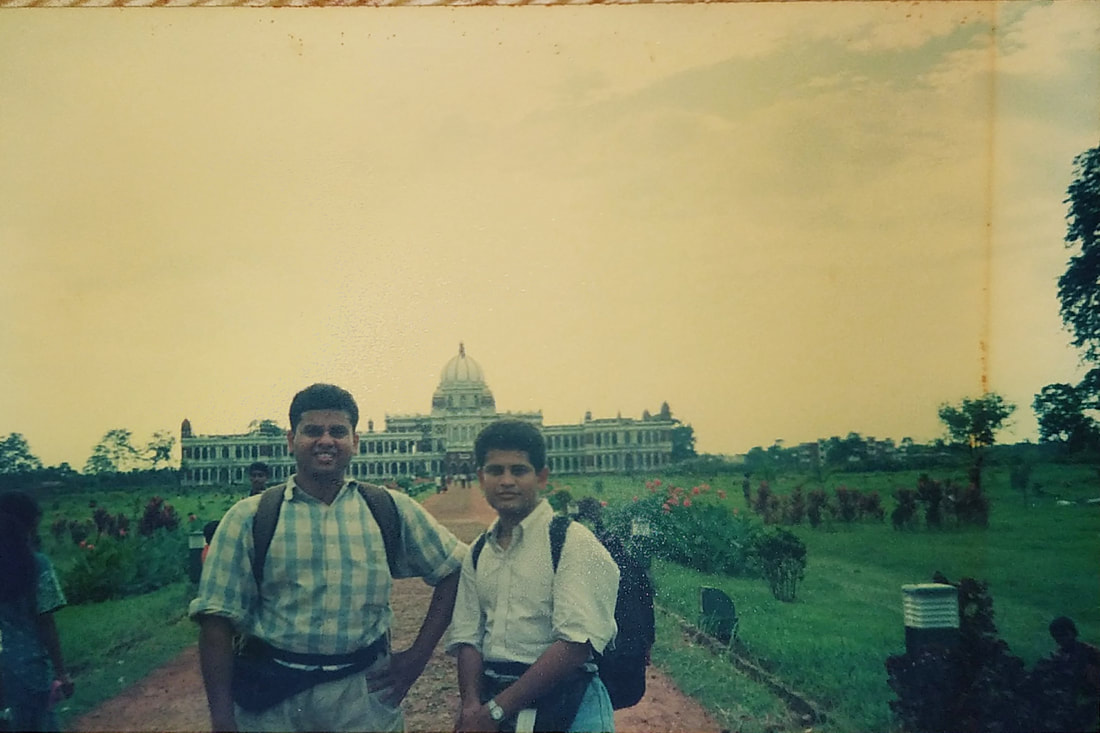 It was pretty awesome from the front... 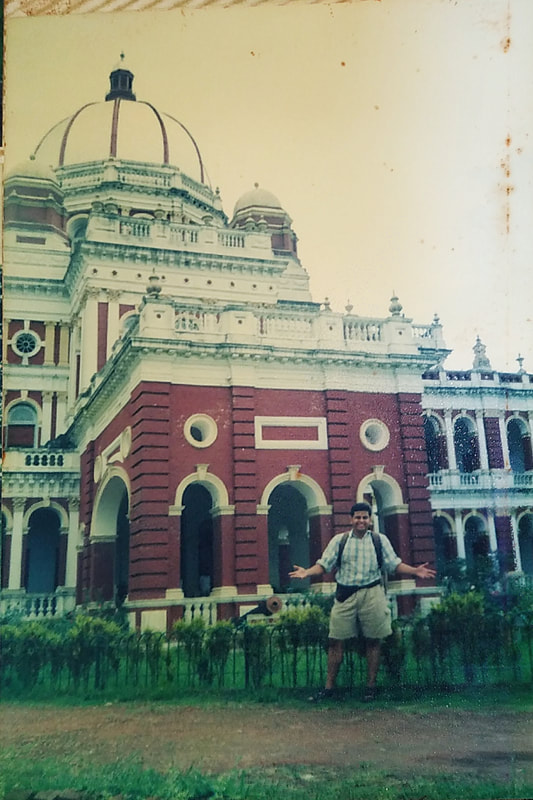 But a decaying dump from the back! Talk about a Potemkin village! 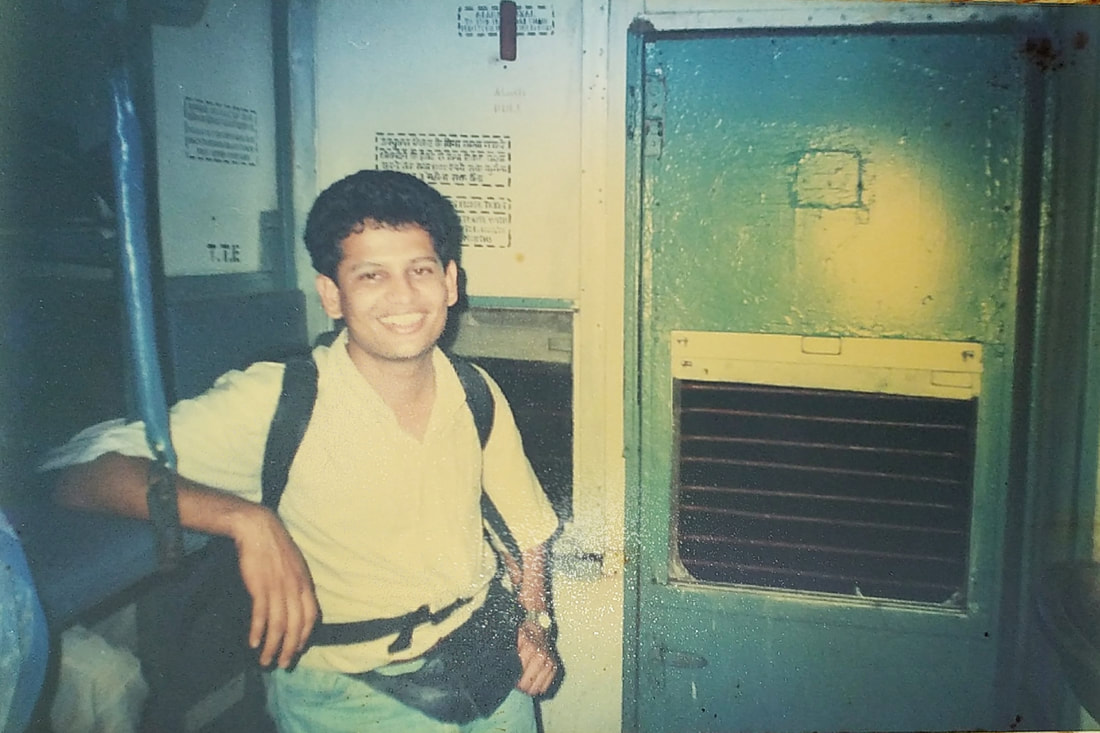 We lost our reservations and had to stand all night in a leaky crappy railway bogey... 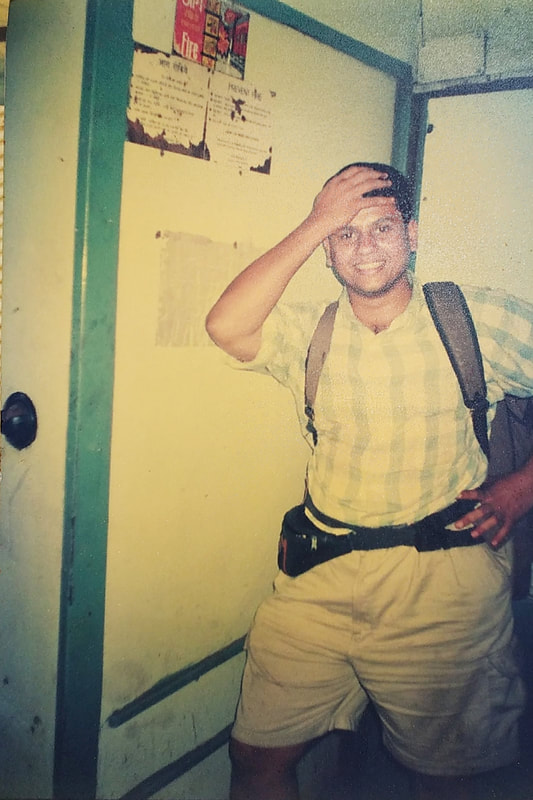 What a mess. The whole roof was leaking, and the compartment was awash 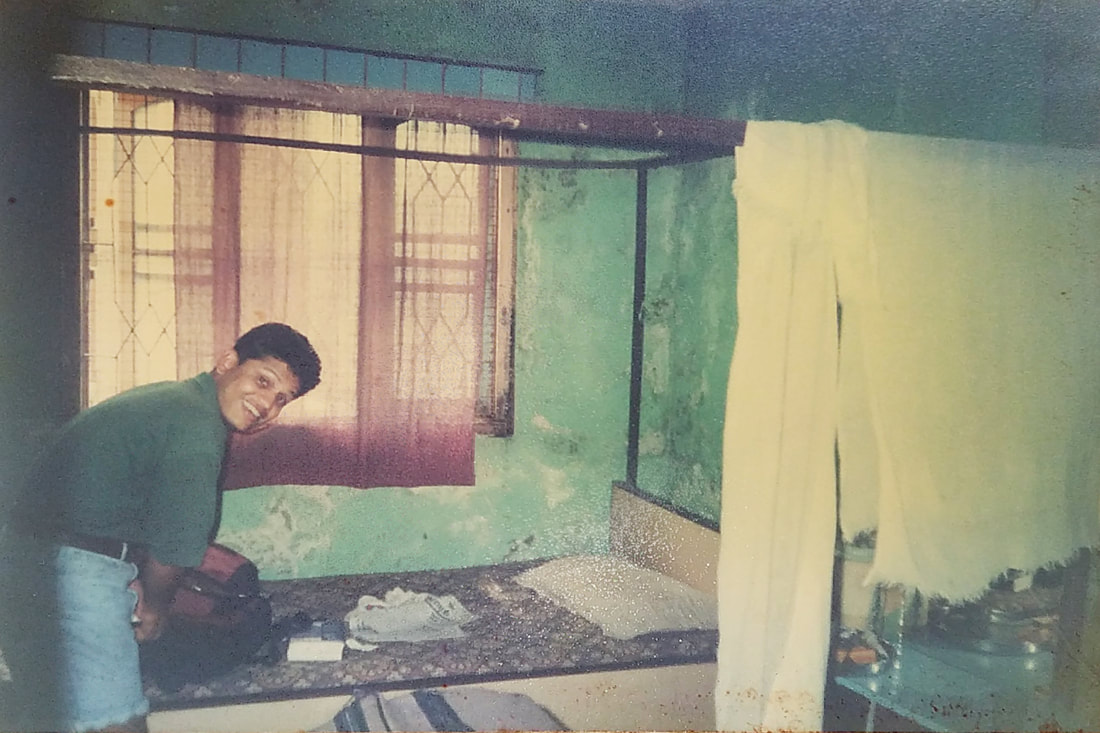 We staggered out of the train at Guwahati and entered the first fleapit hotel we found to crash for a few hours. 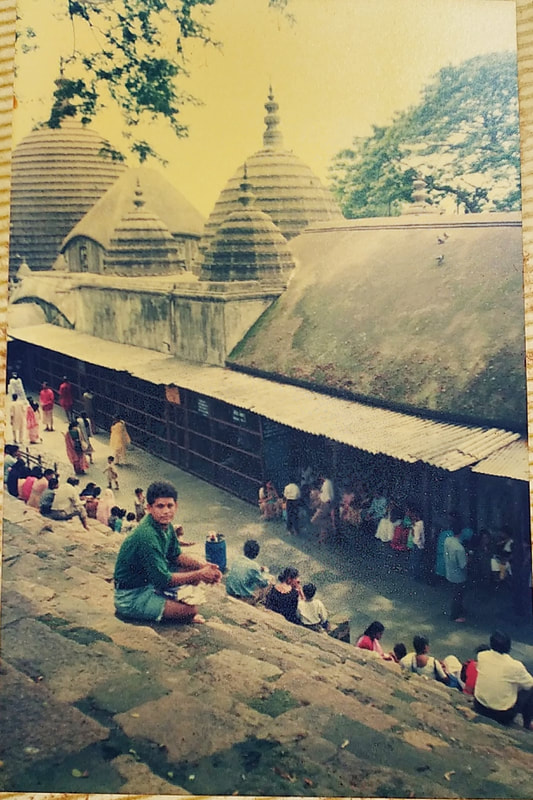 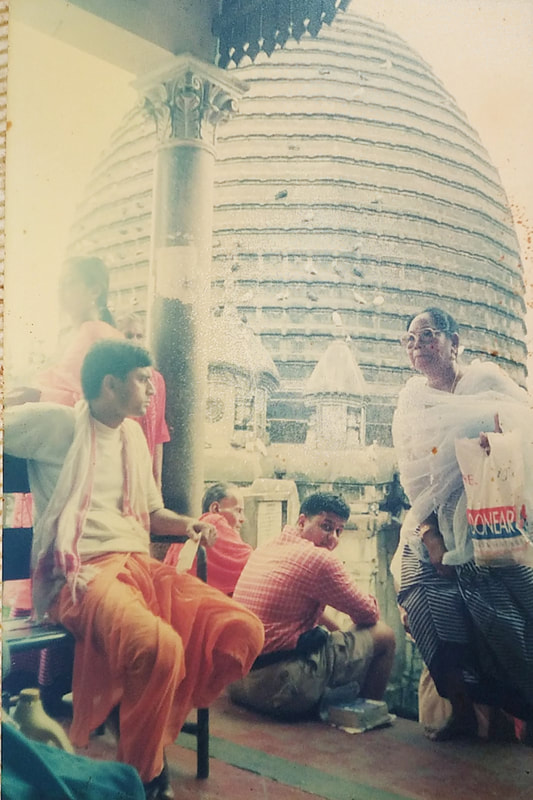 It was the time of the menstrual cycle of the earth! (read the book for details)
​Huge crowds! 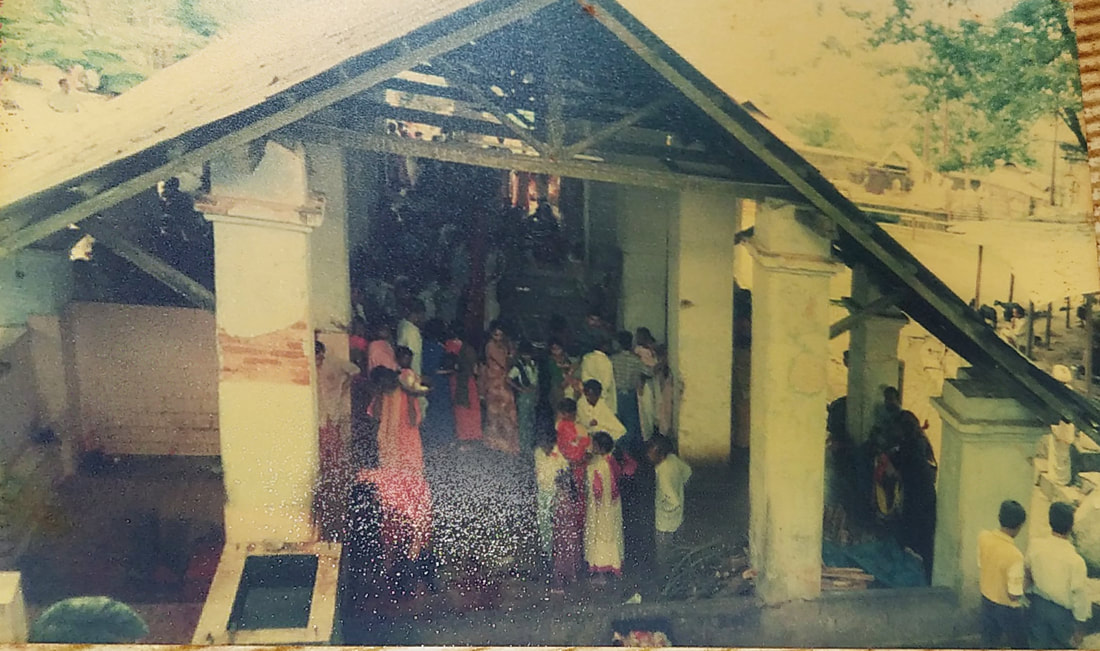