get the book on amazon 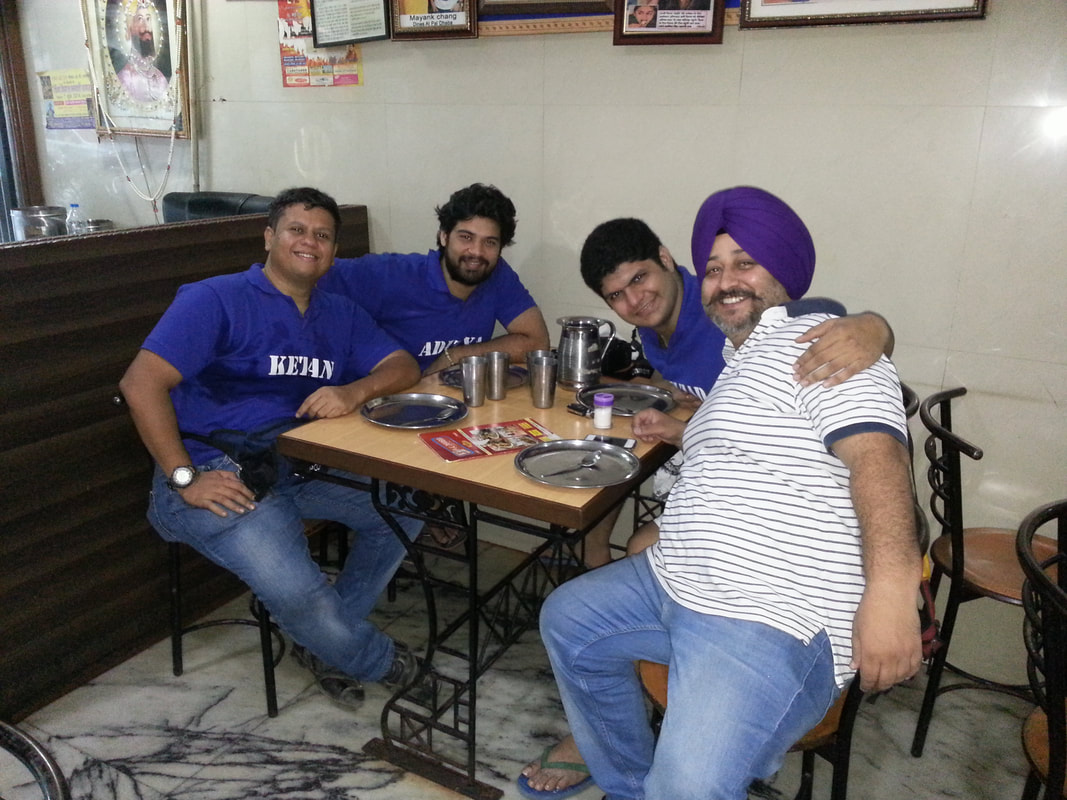 Four bountiful people having a bountiful punjabi breakfast! Amarjeet paaji's turban is matching with our T Shirts as a symbol of support. 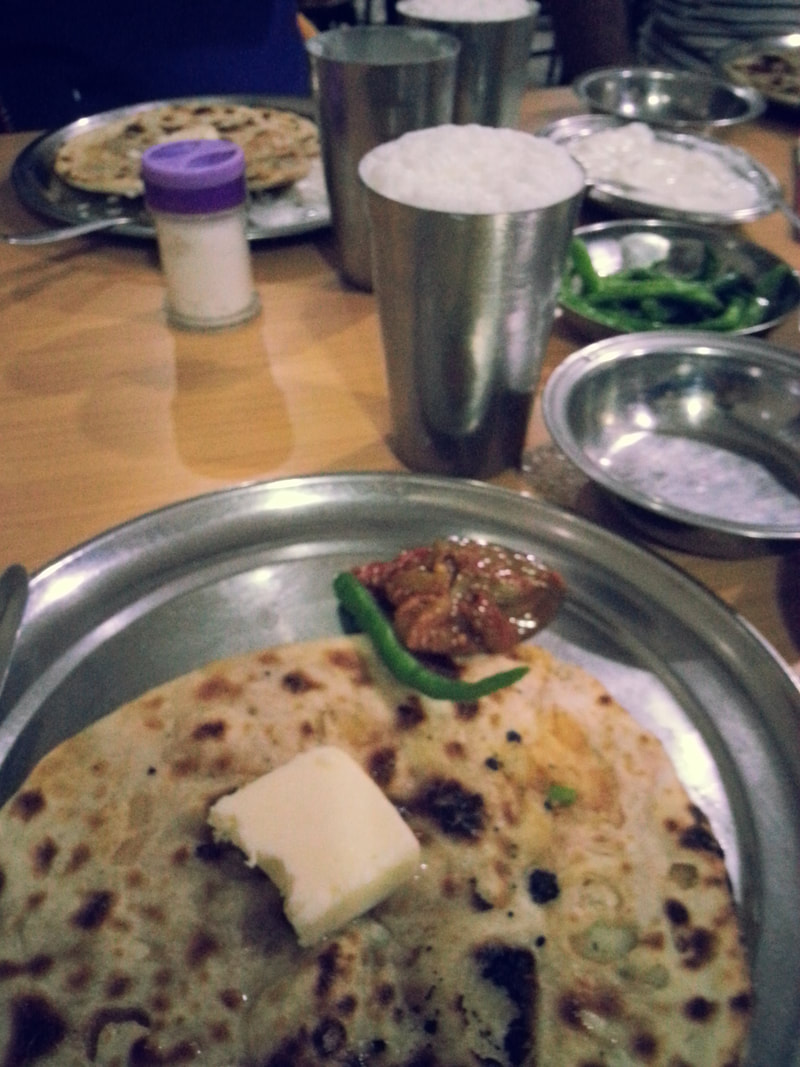 Bawa's dad saw this photo and sent a message - 'OY YOU FOUR FOOLS! GO ON A DIET!' 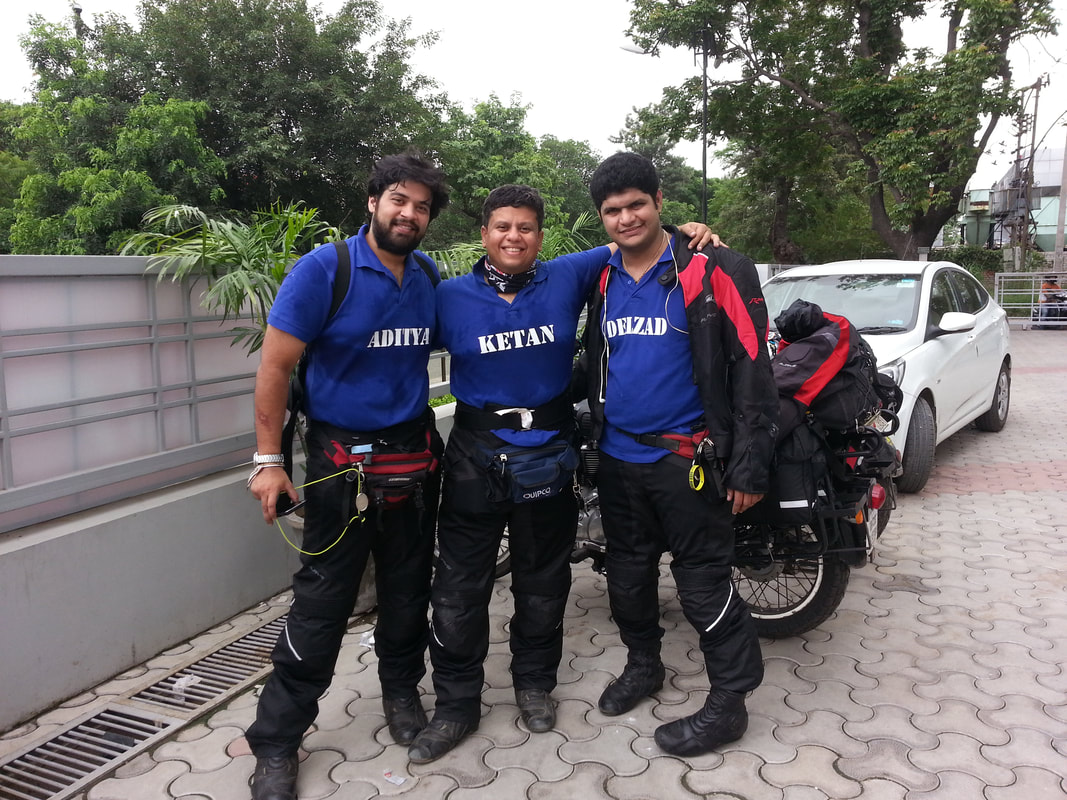 And we are all ready to ride! This is the kick off! WOOHOO 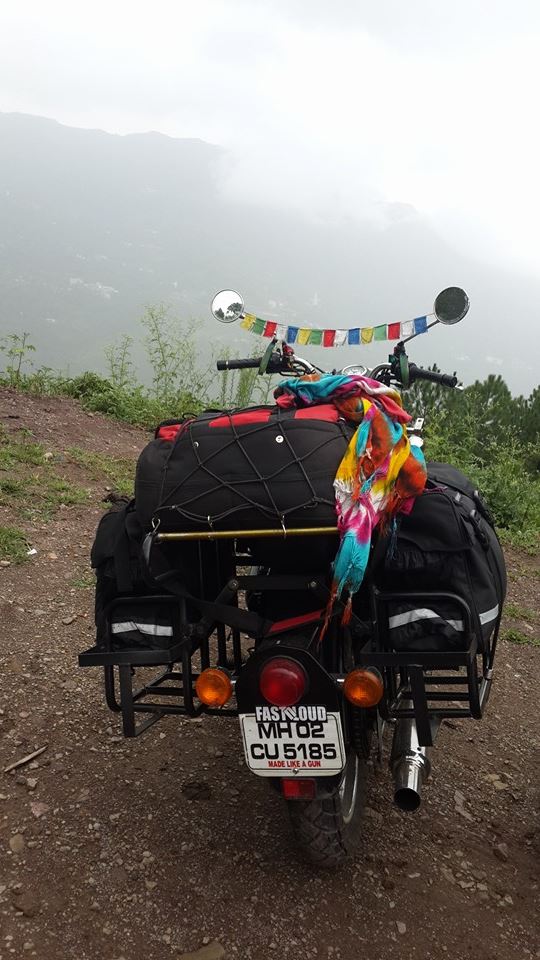 We bought Adi saddlebags for his birthday, and he still installed his giant metal Ladakh carrier. 'It's for the look man!' he cried 'How can you go for such a ride without a carrier?' 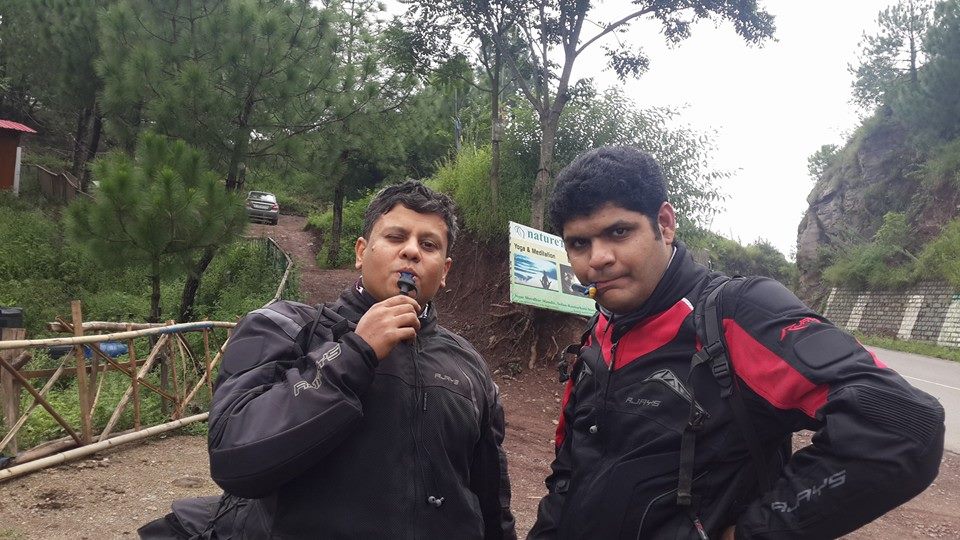 Two suckers! The backpack style hydration pack is an amazing invention. Enables you to drink water on the fly. 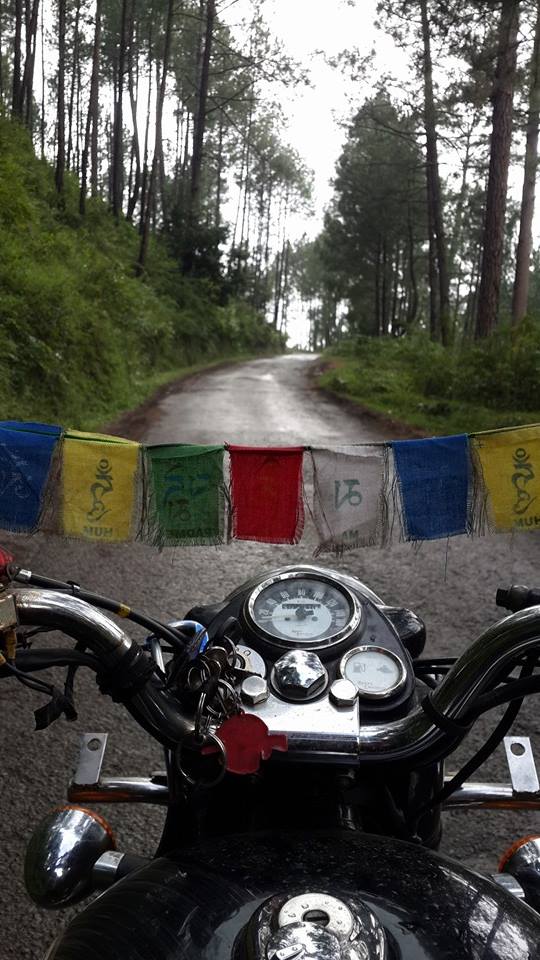 Life behind bars! The heart rises as we hit the mountains 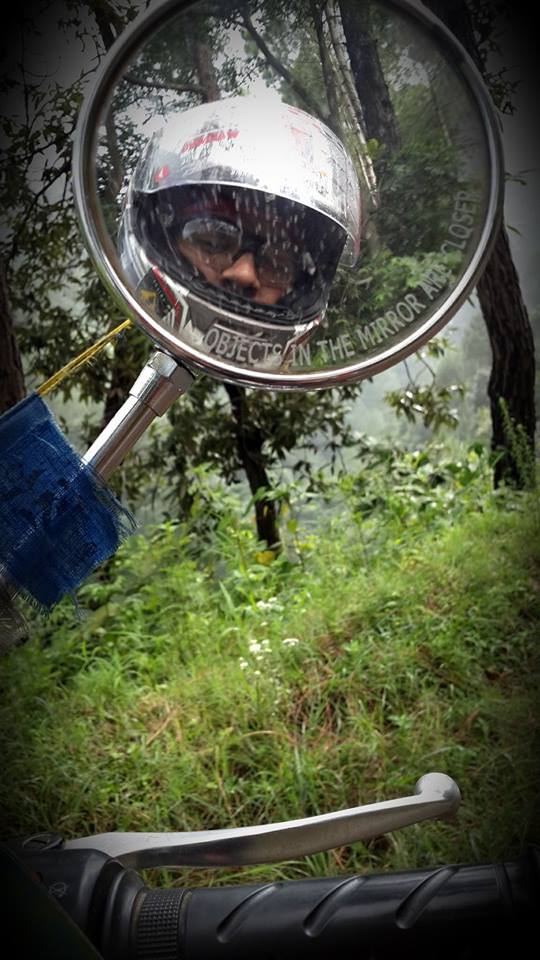 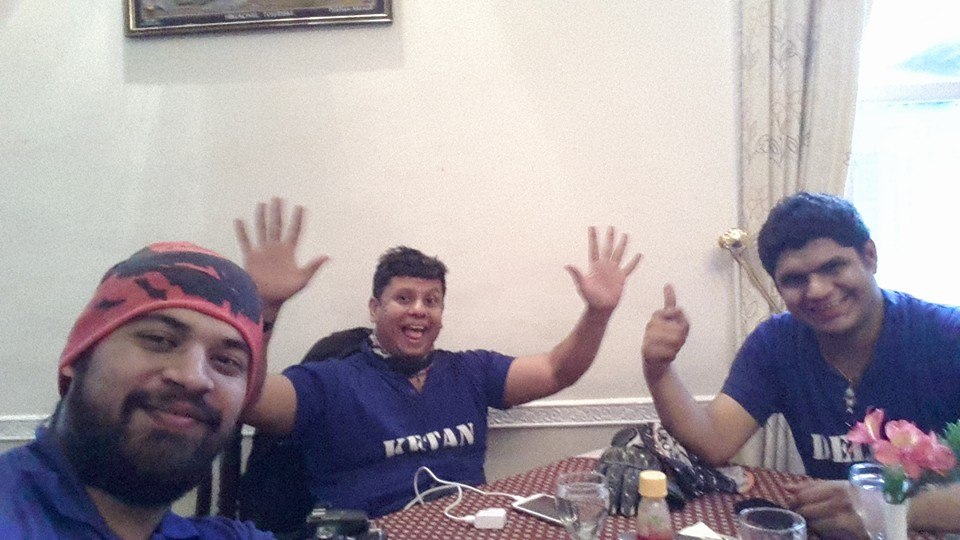 All we can afford there is a cup of tea and a selfie.
Check out our new gear...after Del's accident, we all invested in full riding pants instead of the usual knee guards. 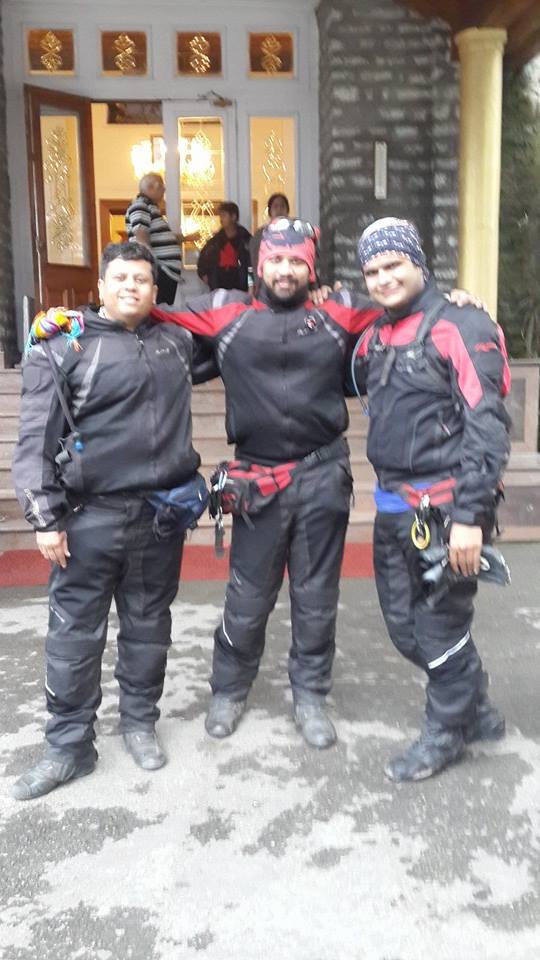 There was a housing crisis in Simla due to a tsunami of tourists in the long weekend - and not a single room was to be had. To add to the fun, we were soaked in the rain and cold and miserable. 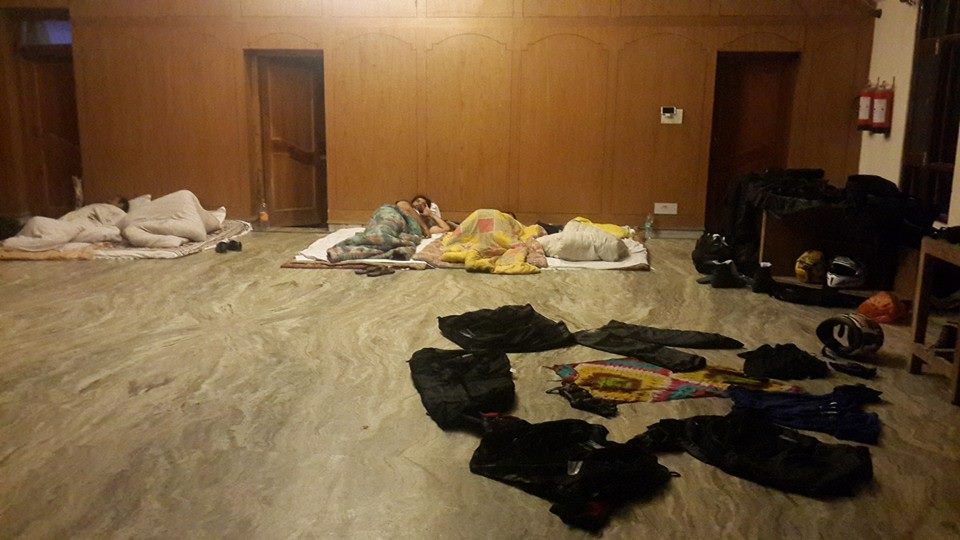 We finally got accommodation in a shabby dorm - but just as we had stripped off our wet gear and changed, they asked us to get out as their owner had just promised the dorm to someone else.
I was speechless, but Delzad walked in and growled like a lion that we were not leaving unless they organised alternative accommodation! The hotel staff quailed and finally put us up in their banquet hall.
And this actually turned out to be better than the smelly dorm - and we had room to spread out our wet gear and give it a chance to dry
So it all turned out well in the end.
the ride begins
simla to sangla
get the book on amazon